Clipping coupons is becoming a thing of the past, as the coronavirus pandemic accelerates a shift to digital deals.

With more people shopping online, redemptions of digital coupons in the U.S. surpassed redemptions of paper coupons for the first time during the second quarter, according to market-research firm Inmar Intelligence.

The shift is bringing a century-old couponing industry into the present. Consumer-product companies and chains such as Dunkin' Brands Inc. and Walgreens Boots Alliance Inc. are improving their apps and rethinking marketing plans to accommodate more digital deals. Companies say they expect consumers to stick with the convenience of online shopping and digital deal-seeking after the pandemic passes.

"Everybody, even my grandmother, is shopping for groceries online now," said Luke Rauch, vice president of commercial strategy at Walgreens.

Companies expect coupons to become even more important in the coming months as unemployment remains high and concerns about the health of the economy persist.

Digital-coupon redemptions at Walgreens are up about 80% over the past year. In June, the company suspended its print circular promoting weekly deals. Now it is only published online.

CVS Health Corp., known for foot-long receipts full of coupons, said it made those deals available in the CVS Pharmacy app too, as a result of a new function launched during the pandemic.

Sheri Bush, a real-estate agent in Fresno, Calif., said she was frustrated by how long it took for her coupons and receipt to print while shopping at CVS recently. Ms. Bush said she prefers digital coupons, like those from Ulta Beauty Inc., because they are more convenient and are more often for products she wants. After she bought hair spray there, she received a digital coupon for a conditioner from the same brand.

While paper inserts and circulars have to be planned months in advance, "digital coupons you can pull on and off in a day," said Steven Boal, founder of digital marketing and analytics company Quotient Technology Inc.

"You need to be able to do that in the pandemic," said Mr. Boal, whose clients include Walgreens, CVS, Mondelez International Inc. and Procter & Gamble Corp.

Coupons date to the late 19th century, when Coca-Cola Co.'s founder, Asa Candler, began mailing handwritten tickets for a free glass of soda, worth 5 cents at the time, to consumers who lived near pharmacies that he supplied with syrup.

For decades, leaflets inserted in newspapers were the most-used coupons. Digital coupons gained popularity over the past decade with the rise of smartphones. People clip these coupons virtually, by selecting them in an app or on their computer, which applies them to their next purchase. In 2019, 23% of coupon redemptions were digital, and 31% were from paper inserts, according to Inmar. This July, the balance had shifted to 31% of coupons being redeemed digitally and 26% from the paper varieties.

J.M. Smucker Co., maker of jams, Jif peanut butter, Folgers coffee and other products, is increasing its digital-marketing budget by 20% this year. Bel Brands USA Inc., which owns Babybel and the Laughing Cow cheeses, had planned to hand out print coupons at running races and other events and free samples in stores this year. Instead, the cheese maker is sending offers online for free samples and other discounts. The Laughing Cow increased its digital coupon spend by 75% this year.

"We were already trending toward more digital, but Covid[-19] by far accelerated it," said Johnni Rodgers, the Laughing Cow USA's brand director.

Dunkin' has been issuing digital coupons for a free doughnut or new menu items like its Dunkin' Refreshers about one day a week to draw back customers since the pandemic began. Before the virus decimated restaurant sales, the company used digital offers once or twice a quarter.

After people download its app to get a discount, Dunkin' can see if they return and send them more deals to encourage them to buy more, said Stephanie Meltzer-Paul, senior vice president of digital marketing at Dunkin' U.S.

"If our franchisees put a flier in a local circular," she said, "there is no way to follow up." 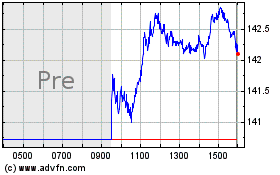