On September 24, 2021, Sierra Bancorp, a California corporation (the “Company”)(NASDAQ: BSRR), and parent company of Bank of the Sierra, entered into Subordinated Note Purchase Agreements (the “Note Purchase Agreement”) pursuant to which the Company issued and sold $50 million in aggregate principal amount of its 3.25% Fixed-to-Floating Rate Subordinated Notes due 2031 (the “Notes”) to certain investors. The Notes were rated BBB- by Kroll Bond Rating Agency. The Notes were offered and sold by the Company in a private placement transaction in reliance on exemptions from the registration requirements of the Securities Act of 1933, as amended (the “Securities Act”), pursuant to Section 4(a)(2) of the Securities Act and Regulation D thereunder. The Company intends to use the net proceeds from the offering for general corporate purposes.

The Company may, at its option, redeem the Notes (i) in whole or in part beginning with the interest payment date of October 1, 2026, and on any interest payment date thereafter, or (ii) in whole, but not in part, upon the occurrence of a “Tier 2 Capital Event,” a “Tax Event,” or “Investment Company Event” (each as defined in the Notes). The redemption price for any redemption is 100% of the principal amount of the Notes, plus accrued, but unpaid interest thereon to, but excluding, the date of redemption. Any redemption of the Notes will be subject to the receipt of any and all required federal and state regulatory approvals, including the approval of the Board of Governors of the Federal Reserve System to the extent then required under applicable laws or regulations.

There is no right of acceleration of maturity of the Notes in the case of default in the payment of principal of, or interest on, the Notes or in the performance of any other obligation of the Company under the Notes. The Notes provide that holders of the Notes may accelerate payment of indebtedness only upon the Company’s bankruptcy, insolvency, reorganization, receivership or other similar proceedings.

The foregoing descriptions of the Notes and the Note Purchase Agreement does not purport to be complete and are each qualified in their entirety by reference to the full text of the forms of such agreements, which are attached as Exhibits 4.1 and 10.1, respectively, and incorporated herein by reference.

ITEM 2.03. CREATION OF A DIRECT FINANCIAL OBLIGATION OR AN OBLIGATION UNDER AN OFF-BALANCE SHEET ARRANGEMENT OF A REGISTRANT

The information set forth in Item 1.01 is incorporated herein by reference.

On September 24, 2021, the Company issued a press release announcing the completion of the offering of the Notes, which is furnished as Exhibit 99.1.

Additionally, furnished as Exhibit 99.2 is a copy of an investor presentation that was utilized by the Company in conducting the offering.

The information in this Item 7.01 is being furnished pursuant to Item 7.01 of Form 8-K and shall not be deemed “filed” for purposes of Section 18 of the Exchange Act, or otherwise subject to liabilities of that section, nor shall it be deemed incorporated by reference into any filing under the Securities Act or the Exchange Act, unless specifically identified therein as being incorporated therein by reference.

Pursuant to the requirements of the Securities and Exchange Act of 1934, the Registrant has duly caused this report to be signed on its behalf by the undersigned hereunto duly authorized.

Sierra Bancorp (NASDAQ:BSRR)
Historical Stock Chart
From Apr 2022 to May 2022 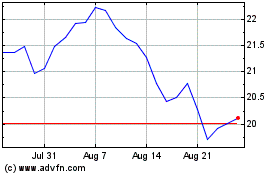 Sierra Bancorp (NASDAQ:BSRR)
Historical Stock Chart
From May 2021 to May 2022 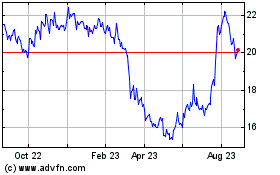 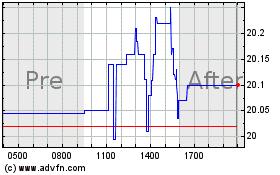