INFORMATION TO BE INCLUDED IN STATEMENTS FILED PURSUANT

1325 Avenue of the Americas

Authorized to Receive Notices and Communications)

Note:  Schedules filed in paper format shall include a signed original and five copies of the schedule, including all exhibits.  See § 240.13d-7 for other parties to whom copies are to be sent.

1              The remainder of this cover page shall be filled out for a reporting person’s initial filing on this form with respect to the subject class of securities, and for any subsequent amendment containing information which would alter disclosures provided in a prior cover page.

Item 3 is hereby amended and restated to read as follows:

The Shares purchased by IsZo LP were purchased with working capital (which may, at any given time, include margin loans made by brokerage firms in the ordinary course of business). The aggregate purchase price of the 5,521,567 Shares beneficially owned by IsZo LP is approximately $52,320,528, including brokerage commissions.

Item 4 is hereby amended to add the following:

On April 23, 2021, IsZo issued a press release commenting on the stay granted by the Eastern Caribbean Court of Appeal (“Court of Appeal”) adjourning the Issuer’s Special Meeting scheduled for April 26, 2021. IsZo highlighted that the Court of Appeal granted the stay while aware that 97% of shareholders excluding Kaisa had voted to reconstitute the Board. IsZo made clear it remains committed to protecting shareholders’ best interests and promised to provide additional information once available. IsZo also called on the Issuer to explain its $150.2 million investment into a Credit Suisse Supply Chain Fund ostensibly connected to Greensill Capital. IsZo’s press release is attached hereto as Exhibit 99.1.

Items 5(a) and (c) are hereby amended and restated to read as follows:

As of the date hereof, IsZo LP beneficially owned 5,521,567 Shares, constituting approximately 14.1% of the Shares outstanding.

As of the date hereof, Mses. Delano and Poskon and Messrs. Cricenti, Hu, Leung and Tuder did not beneficially own any Shares, constituting 0% of the Shares outstanding.

(c)       The transactions in securities of the Issuer by the Reporting Persons since the filing of Amendment No. 5 to the Schedule 13D are set forth in Schedule A annexed hereto and are incorporated by reference herein. All of such transactions were effected in the open market unless otherwise noted.

Item 7 is hereby amended to add the following exhibit:

After reasonable inquiry and to the best of his knowledge and belief, the undersigned certifies that the information set forth in this statement is true, complete and correct.

Transactions in Securities of the Issuer Since the Filing of Amendment No. 5 to the Schedule 13D 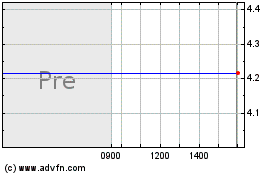