On October 16, 2020, the Board of Directors of the Company, (the “Board”), elected Mr. Bill Payne to serve as a Class II Director to replace Mr. Oliver Feix as director to the Company.

Bill Payne has over 30 years of executive and management experience in both small, entrepreneurial, and large corporate environments and cultures, having also served in several non-executive, mentoring, advisory and consulting roles.

In addition to his current roles at several global start-up companies, such as Room Rocket, Usable Media and Excello, he is a board mentor at Critical Eye, and a venture capitalist with UK-based Octopus Investments. He is an experienced Non-Executive Director and Chair as well as a visiting Professor at several business schools, including Lancaster University, Henley Management School, Lyon Business School and the University of Surrey, where he was President of the Surrey Business School MBA program.

Earlier in his career, Mr. Payne was a senior executive at IBM, where he held leadership roles in consulting, strategy and process outsourcing in Europe and other geographies, including as General manager of the Global Customer Experience (CRM) Outsourcing Group. Mr. Payne also leads his own strategic consultancy Acadameus, which advises start-ups, mid-caps and high-growth companies. 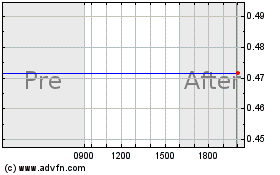