5.53
-0.722989 (-11.56%)
Real-Time
Market Open
5.53
Cardano Founder Addresses Price Speculations As ADA Struggles
November 15 2021 - 06:00PM
NEWSBTC
Cardano has not been doing well these past couple of days. With strong competition from Solana, the digital asset has had a hard time maintaining its position in the market. This has translated into suffering prices on the part of ADA, causing the market to speculate on where the value of the asset might be headed. Founder Charles Hoskinson took to YouTube to address these speculations. Hoskinson who recently returned from his trip to Africa took to his YouTube channel to address the community on the trip and what lay in the future for the blockchain. As usual, the founder would usually take questions from the audience while live on YouTube and during the latest episode, the issue of price speculation came up a user asked about Solana flipping Cardano. Related Reading | Cardano Flips Solana, Tether To Reclaim Spot At 4th Place Everyone Will Be A Millionaire The question about the value of ADA seems to have struck a nerve with the founder, who questioned the identity of the user behind the question. Hoskinson said that there was something wrong with the way the market perceived value and this did not spell good news going forward. He pointed out that things like NFTs were being sold for insane amounts of money, saying the market was headed towards hyperinflation. ADA price trending above $2 | Source: ADAUSD on TradingView.com The founder explained that accumulating money will provide no real meaning or purpose to one’s life, but added that everyone will be a millionaire soon enough. Not due to the value of digital assets going up, but hyperinflation which threatens to erode the market. “As we get closer and closer to hyperinflation, used to be millions, then it was billions, now it’s trillions,” said Hoskinson. “Every one of you will be a millionaire soon enough.” The mathematician did not end it there, though. He pointed out that the value of things is subjective, asking why so many people care about the price of ADA so much. For a blockchain like Cardano, it’s really all about the tech. “Why do you care?” Hoskinson asked during the session. “The whole definition of the value of things is up for grabs.” Africa Is Looking Good For Cardano Charles Hoskinson updated the community about his just-concluded tour around Africa, opening up about the opportunities in the continent for the project and blockchain technology in general. The founder referred to the month-long trip as “worthwhile” with “challenges of hyper-organization.” Related Reading | What Went On In The Secret Meetings Between Cardano Developer IOHK And Zanzibar Officials? Shifting focus to the Africa fund, Hoskinson revealed that some announcements are in the pipeline. “We’ve brought some partners in. I think it’s going to end up being larger than anticipated. There’s a lot of great investments we’re going to be able to make in Africa, both on the infrastructure side, as well as the crypto side, to harmonize the two and bring things up.” Featured image from Blockchain News, chart from TradingView.com
Secret (COIN:SCRTUSD)
Historical Stock Chart
From Dec 2021 to Jan 2022 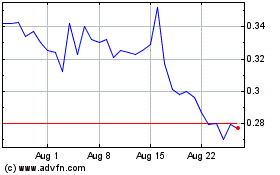 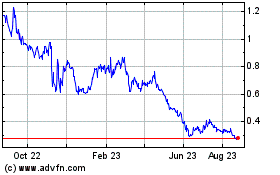 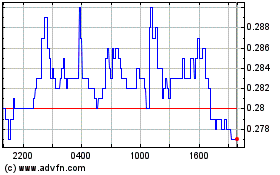