Where will tech stocks go from here? Investors are questioning whether the sector can keep leading the market higher. Shares of Apple, Facebook Inc., Amazon.com Inc., Microsoft Corp. and Alphabet Inc. fell this week, injecting volatility into the broad market. The dizzying rally in technology stocks this year has helped fuel the market recovery, but the scale of the gains raise the possibility of large drawdowns this fall. Apple shares fell 1.3% Friday.

Peloton is riding high. The exercise bike maker on Tuesday announced new equipment and a lower price for its core stationary bike, hoping to broaden its appeal following a surge of interest for at-home gear. The $2,000-plus price tag for its bikes has drawn the ire of critics who say its equipment is accessible only to rich people. Now, its base model will cost $1,895 instead of $2,245. Peloton also posted its first-ever profit this week after revenue nearly tripled during its recent quarter. Peloton shares gained 6.2% Tuesday.

The pandemic was a boon for Slack. Now it is a burden, too. The business-software company on Tuesday reported record sales in the recent quarter but saw some users cut back on use of the workplace-collaboration tool. Slack Chief Executive Stewart Butterfield said revenue retention suffered as some customers cut staff and, with that, use of its software. Some businesses also have slowed spending decisions on new technology, as they try to make it through the downturn. The company has enjoyed increased popularity from the pandemic, as millions of Americans work from home, though not to the extent as some of its rivals. Slack shares fell 14% Wednesday.

Investors are revved up following General Motors' agreement to help Nikola Corp. develop and make new electric trucks. GM said Tuesday it would receive an 11% stake in Nikola, a would-be rival in the market for electrified pickups. The agreement is part of GM's strategy to monetize its electric-vehicle technology by providing it to outside companies, which will generate revenue and help drive down costs. GM has more than a dozen electric-vehicle models of its own in the works, including large pickup trucks that one day could compete with Nikola's Badger. GM shares rose 7.9% Tuesday.

Tiffany's has lost its luster for LVMH. The French luxury-goods giant, LVMH Moët Hennessy Louis Vuitton SE, said Wednesday it was backing out of its $16.2 billion takeover of the iconic U.S. jeweler because of trade disputes between France and the Trump administration. Tiffany said it was using trade tensions as a pretext to abandon a deal that had been signed before the pandemic threw the luxury-goods industry into turmoil. The retailer has lost many of the tourists who flocked to its flagship city stores. Its sales of engagement jewelry fell, as some couples postponed weddings during lockdown. Tiffany shares lost 6.4% Wednesday.

A timetable for a Covid-19 vaccine from AstraZeneca is getting more difficult to diagnose. The company said Tuesday it paused clinical trials of the experimental vaccine it is developing with the University of Oxford after a participant in a U.K. study had an unexplained illness. Chief Executive Pascal Soriot said Thursday that the progress of a safety review into the sick participant will determine the trial timeline, but that the vaccine could still be ready by the end of 2020 or early 2021. Before the pause, the company said it might have enough data by next month to submit the vaccine to regulators for approval. Shares fell 0.6% Thursday.

Wall Street's last glass ceiling is shattering. Citigroup has named Jane Fraser as its next CEO, making her the first woman to run one of the nation's top banks. Ms. Fraser, who is currently Citigroup's president and runs its global consumer bank, will succeed Michael Corbat as top boss when he retires in February. The timing of Mr. Corbat's retirement comes as a surprise, as he was expected to remain CEO into 2022. Ms. Fraser, 53, has worked at Citigroup for 16 years, and the bank has tapped her to handle a number of difficult tasks including the bank's emergency response to the coronavirus in North America. Citigroup shares lost 0.9% Thursday. 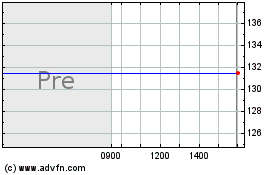