This article is being republished as part of our daily reproduction of WSJ.com articles that also appeared in the U.S. print edition of The Wall Street Journal (January 3, 2020).

Japanese and Turkish authorities are probing the circumstances of Carlos Ghosn's flight from bail in Tokyo to Lebanon via Turkey, while the former auto executive said Thursday that he alone arranged for his escape.

Mr. Ghosn also said his family played no part in his fleeing Japan, where he faced charges for financial crimes.

"I alone arranged for my departure. My family had no role whatsoever," the former chief of Renault SA and Nissan Motor Co. said in a statement late Thursday. The Wall Street Journal and other media had reported associates of Mr. Ghosn had considered a plan to get him out of Japan for months, and that his wife, Carole Ghosn, had played a role. The Journal cited people familiar with the matter.

Japanese prosecutors went through the house where Mr. Ghosn had been living in Tokyo before fleeing the country. The visit, though, was one of the few outward signs that officials there were trying to figure out how he got away.

As of Thursday, no Japanese government official responsible for the Ghosn case had issued any public statement on the matter. Prosecutors didn't answer the phone, a Foreign Ministry official declined to comment and Prime Minister Shinzo Abe was on vacation.

Turkish prosecutors, meanwhile, have launched an investigation into how Mr. Ghosn made a stopover at Istanbul's Atatürk Airport unbeknown to local authorities, according to Turkish officials. They said prosecutors have detained seven people in connection with the investigation: four pilots, an airline manager and two ground personnel.

The investigations come as authorities in Lebanon received an Interpol arrest notice for the former Nissan Motor chairman, according to a Justice Ministry statement posted on the official Lebanese state news agency.

An Interpol Red Notice isn't an international arrest warrant, and member countries aren't obliged to arrest an individual under notice. But the alert could impede Mr. Ghosn's ability to travel outside Lebanon, especially to a country that has an extradition agreement with Japan. Lebanon has no extradition treaty with Japan. Mr. Ghosn has French, Brazilian and Lebanese nationality.

In a high-price area in Tokyo, authorities spent several hours in the three-story house where Mr. Ghosn had been staying before his escape. When the investigators emerged they declined to say what they were looking for.

One reason for Tokyo's official silence is Mr. Ghosn's timing. The first word of his escape came on the morning of Dec. 31, just as Japan was entering its most important holiday, the New Year's break. The nation mostly shuts down for the first few days of the year, with people traveling to visit family and enjoy special New Year's dishes.

It appeared authorities weren't in a hurry to interrupt their vacations for the sake of Ghosn postmortems. A spokesman for Kansai International Airport near Osaka said on Thursday that prosecutors and police hadn't contacted the airport to seek its cooperation, although he said he didn't know whether employees had been contacted individually. The Journal and some Japanese media reported that a long-range Bombardier business jet left the Kansai airport on Sunday night and landed in Turkey Monday morning -- matching what is known of Mr. Ghosn's movements en route to Lebanon.

The airport itself hasn't checked with employees who were on duty on Sunday because it hasn't been confirmed that Mr. Ghosn was on the plane headed for Turkey, said spokesman Kenji Takanishi. He said passengers and crew of private jets must go through immigration and customs inspections. "We are all puzzled about how he could go through the checks," Mr. Takanishi said.

Mr. Ghosn's abrupt departure carries some advantages for Japan. For example, a lengthy trial would have distracted Nissan management and dredged up past disputes involving alliance partner Renault at a time when the Japanese car maker is trying to move on and recover from a severe business downturn.

Also, although Japanese prosecutors enjoy a conviction rate of more than 99%, this case was looking harder than most to win. Mr. Ghosn denied all wrongdoing, and in Junichiro Hironaka he had found one of the country's most tenacious and successful defense lawyers. Many of the key witnesses were overseas -- an unusual situation for Japanese prosecutors -- and at least one witness, in Oman, told prosecutors he didn't know of any wrongdoing by Mr. Ghosn, according to people familiar with the matter.

Mr. Ghosn's escape in violation of his bail terms -- he is forfeiting nearly $14 million in bail money -- allows prosecutors to say he must have been guilty, without having to prove it in court.

"The defendant has of his own volition thrown away the opportunity to prove his innocence and restore his honor," said the conservative Yomiuri newspaper in a commentary. For his part, Mr. Ghosn said he wasn't escaping justice but rather an unjust and biased prosecution.

Mr. Hironaka expressed understanding for his client's impatience to be free. He said Mr. Ghosn was frustrated at prosecutors' tactics in the case, such as refusing to share potentially exculpatory Nissan emails.

Even Japanese media wasn't necessarily giving coverage of his escape priority. The Asahi newspaper, one of the top national dailies, led its Jan. 1 edition with a report on another legal case, involving a lawmaker accused of taking bribes from a would-be casino operator, relegating the Ghosn case to No. 2 status. Mr. Ghosn also got second billing in the Nikkei business daily, which made its top story an analysis of capitalism's troubles.

Among the seven people detained in Turkey, according to Turkish officials, is a manager of MNG Jet Havacilik AS, a business-jet company that is suspected of having transported Mr. Ghosn from Japan to Lebanon via Istanbul.

Turkish government officials have said they found no trace in official records of Mr. Ghosn making a recent stopover in Turkey. It couldn't be determined whether Mr. Ghosn traveled under an alias or eluded customs clearance when he transited through Istanbul. 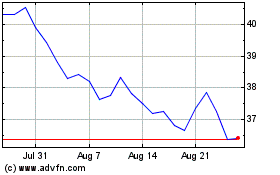 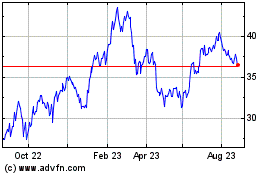 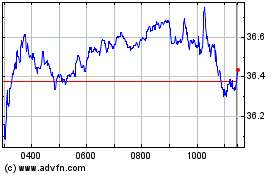