Brambles said it now expects revenue growth of between 4% and 6% after stripping out the impact of currency swings. That was above earlier guidance for 2-4% growth outlined to investors as recently as November, and includes a one percentage-point improvement in U.S. margins.

In addition, Brambles forecast 5-7% growth in underlying profit at constant exchange rates in the 12 months through June, up from prior guidance for a 3-5% increase.

The brighter outlook was detailed by Brambles alongside a 6% rise in net profit for the six months through December of US$293.6 million at actual exchange rates. Stripping out currency swings, net profit rose by 4%.

Half-year revenue rose by 6% to US$2.57 billion at constant exchange rates, which Brambles said largely reflecting strong pallet demand from existing customers in the consumer-staples sectors as well as new customers in its Central and Eastern European pallets business. It also included a contribution from a large Australian contract won in the second half of fiscal 2020.

Brambles said the coronavirus pandemic and Brexit had driven up demand for pallets, while changes in consumer behavior and higher input costs had pushed up operating costs.

"We experienced elevated levels of demand in our key pallet businesses in the first half, as retailers raised inventories to accommodate increased levels of at-home consumption and to provide greater contingency against changes in consumer demand," said Chief Executive Graham Chipchase. "There was also a noticeable shift within the consumer staples segment towards established, household brands which drove stronger volume growth with our largest customers."

Directors of the company declared an interim dividend of 10 U.S. cents a share, representing a payout ratio of 50%. Brambles also said a 2.4 billion Australian dollars (US$1.9 billion) share buyback program, currently 61% complete, will restart on Thursday.

Write to Stuart Condie at stuart.condie@wsj.com 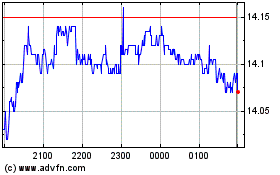