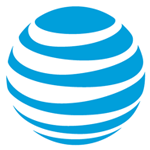 AT&T Inc.'s WarnerMedia began making significant job cuts in its ad sales division on Wednesday, according to people familiar with the matter, as it continues to reshape the businesses it bought in as part of the Time Warner Inc. deal last year.

The layoffs are focused on ad sales but don't stop there, as AT&T continues to eliminate redundancies created when it merged most of Time Warner's HBO and Turner businesses into WarnerMedia.

"Today's reorganization included less than 20 job eliminations out of a 700+ domestic ad sales work force," a WarnerMedia ad sales spokeswoman said. "We do not anticipate additional job cuts at this time."

Donna Speciale, WarnerMedia's top ad sales executive, is among those leaving the company. Her departure was first reported by The Information.

Dan Riess, executive vice president of the Turner Ignite business, is also leaving, along with employees within various subdivisions under Turner Ignite, including content partnerships and product marketing.

WarnerMedia employees and industry watchers have been expecting layoffs within various Turner business units, including ad sales, ever since AT&T restructured WarnerMedia in March.

AT&T has big ambitions to increase ad revenue at the company but has largely spotlighted its ad unit Xandr in that effort. The company created Xandr last year to offer high-quality media inventory from WarnerMedia TV networks and digital platforms, as well as media owned by other content producers, enriched with data from AT&T's mobile and broadband units.

Turner's existing ad sales operation was left largely untouched as it worked through this year's TV upfronts, when advertisers reserve large portions of ad inventory in the coming season. The company's upfronts negotiations recently came to a close.

"Ad sales was in a holding pattern until upfront negotiations wrapped up, " a person familiar with the matter said.

The service is a priority as WarnerMedia and AT&T prepare to battle Netflix and other upcoming streaming competitors. Advertising is expected to be a key part of WarnerMedia's streaming plans, though the company has yet to describe its plans for selling advertising on HBO Max.

Write to Sahil Patel at Sahil.Patel@wsj.com