On November 30, 2021, the board of directors (the “Board”) of ChargePoint Holdings, Inc. (the “Company”) appointed Elaine L. Chao as a Class III director, effective immediately. Ms. Chao will serve until the Company’s 2023 annual meeting of stockholders and until her successor is elected and qualified, or sooner in the event of her death, resignation or removal. The Board has determined that Ms. Chao meets the requirements for independence under the applicable listing standards of the New York Stock Exchange and the Securities Exchange Act of 1934, as amended.

Ms. Chao will be entitled to receive compensation in accordance with the ChargePoint Holdings, Inc. Compensation Program for Non-Employee Directors, which was filed with the Securities and Exchange Commission on March 1, 2021 as Exhibit 10.11 to the Company’s Current Report on Form 8-K. Ms. Chao will also enter into the Company’s standard form of indemnification agreement.

There are no arrangements or understandings between Ms. Chao and any other persons pursuant to which she was elected as a member of the Board. Ms. Chao is not a party to any current or proposed transaction with the Company for which disclosure is required under Item 404(a) of Regulation S-K.

On December 2, 2021, the Company issued a press release announcing the appointment of Ms. Chao. A copy of the press release is furnished herewith as Exhibit 99.1 and is incorporated herein by reference.

ChargePoint (NYSE:CHPT)
Historical Stock Chart
From Apr 2022 to May 2022 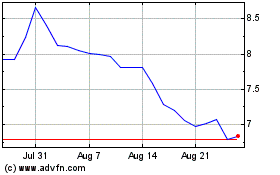 ChargePoint (NYSE:CHPT)
Historical Stock Chart
From May 2021 to May 2022 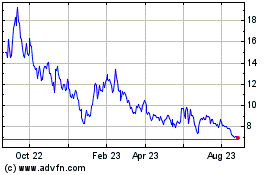 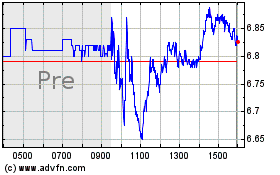