AquaBounty Technologies, Inc. (Nasdaq: AQB) (“AquaBounty” or the “Company”), a land-based aquaculture company utilizing technology to enhance productivity and sustainability, today announced that it has commenced a proposed underwritten public offering of common stock of the Company. In addition, the Company expects to grant the underwriters of the offering a 30-day option to purchase additional shares of common stock at the public offering price, less underwriting discounts and commissions. The offering is subject to market and other conditions, and there can be no assurance as to whether or when the offering may be completed, or as to the actual size or terms of the offering.

Oppenheimer & Co. Inc. and Lake Street Capital Markets, LLC are acting as joint book-running managers for this offering. National Securities Corporation, a wholly owned subsidiary of National Holdings Corporation (NASDAQ: NHLD), is acting as co-manager for the offering. The Company currently intends to use the net proceeds of this offering for working capital costs and general corporate purposes, including potentially purchasing land and towards costs associated with the construction or site development for a new production farm.

A shelf registration statement on Form S-3 relating to the public offering of the shares of common stock described above was filed with the Securities and Exchange Commission (“SEC”) and was declared effective on April 27, 2018. A preliminary prospectus supplement describing the terms of the offering will be filed with the SEC and will form a part of the effective registration statement. Copies of the preliminary prospectus supplement and the accompanying prospectus relating to the offering may be obtained, when available, from Oppenheimer & Co. Inc. Attention: Syndicate Prospectus Department, 85 Broad Street, 26th Floor, New York, NY 10004, or by calling (212) 667-8563, or by emailing EquityProspectus@opco.com; or Lake Street Capital Markets, LLC, Attention: Syndicate Department, 920 Second Avenue South, Suite 700, Minneapolis, Minnesota 55402, or by calling (612) 326-1305, or by emailing syndicate@lakestreetcm.com; or at the SEC’s website at http://www.sec.gov.

AquaBounty Technologies, Inc. is a leader in the field of land-based aquaculture and the use of technology for improving its productivity and sustainability. The Company’s objective is to ensure the availability of high-quality seafood to meet global consumer demand while addressing critical production constraints in the most popular farmed species. 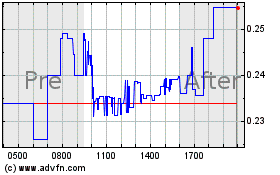