This article is being republished as part of our daily reproduction of WSJ.com articles that also appeared in the U.S. print edition of The Wall Street Journal (March 4, 2020).

Airport retail outlets have been a rare success story in the slumping bricks-and-mortar world. Now, duty-free and other airport shops are under siege from the coronavirus.

Airport terminal stores enjoy a captive audience, often one with time on their hands. These retailers have become havens of high-end shopping, with travelers buying luxury goods, liquor or perfume often on a whim or as last-minute presents.

Travelers from Asia in particular have made duty-free shopping sprees an essential part of their itinerary. Brands such as Estée Lauder now have higher sales at major airports than in North American department stores. L'Oréal SA said revenue at its travel retail division, which occupies 9% of its global sales, rose 25% last year, making the division one of the French cosmetics company's fastest-growing channels.

But these stores are being pummeled since the coronavirus outbreak began, as foot traffic drops at airports popular with international tourists. Airport retail at some of the major Asian hubs has tumbled 60% to 70%, according to the Moodie Davitt Report, a travel retail-intelligence service provider.

"This is the greatest crisis the travel retail sector has faced, worse than [severe acute respiratory syndrome], the two Gulf wars or various financial crises," said Martin Moodie, chairman of the report. "That's largely driven by the fact that the Chinese traveler has become the epicenter of the sector over recent years and many retailers are worryingly reliant on them."

In a February survey of more than 1,000 international travelers from the U.S., U.K., Australia and Asia who are regular duty-free shoppers, more than one-third said they would spend less time in a store, not make a purchase if they need to wait in line, and would be less likely to touch or pick up items, according to U.K.-based travel-research specialist Pi Insight.

"There's a high portion of travelers who want to go straight to the departure gate," said Stephen Hillam, managing director at Pi Insight.

Transport authorities in Singapore and Thailand began to offer rent relief in February to retail, dining and service operators for a period of six months to a year, to help defray costs and protect jobs.

In Hong Kong, the airport authority said it is expanding an earlier relief package first extended in September to help retail and catering outlets, airlines, ground handling agents and other support-service companies. In total, these relief measures, including rent adjustments and concessions, are expected to reach 1.6 billion Hong Kong dollars (US$205 million).

At Terminal 1 of New York's John F. Kennedy International Airport, food-court vendors and retailers such as Hudson News said daily revenues have fallen as much as 50% in recent weeks as passenger traffic has plunged. China Eastern Airlines, Air China, Korean Air and Japan Airlines fly out of Terminal 1, making it the worst-hit among the airport's terminals because flight suspensions have been more concentrated there, said Vivian Shi, manager of Wok & Roll, a vendor that sells Chinese food.

Mall landlord Unibail-Rodamco-Westfield SE, which operates stores and restaurants at airports in Los Angeles, Chicago and New York, said those outlets also face lower foot traffic. But the company added that only one tenant, in New York, has requested shorter hours, and none has asked for rent relief.

"Unless the crisis persists beyond six months, I think many tenants will stay put and wait this out," said Manny Steiner, founder of real-estate consulting firm Steiner Placemaking Advisory.

Write to Esther Fung at esther.fung@wsj.com 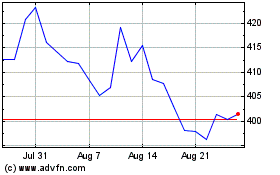