Heineken lower after decline in profit

Europe stocks on Monday closed higher, with traders pouring into British equities as the pound collapsed, and merger news also providing a lift.

The U.K. FTSE 100 gained 1.99% to 7,699.02, its best one-day performance since Feb. 5. Gains accelerated as the pound weakened on concerns the U.K. could leave the European Union without an agreement. Read:British pound collapses on no-deal Brexit concerns (http://www.marketwatch.com/story/british-pound-reaches-two-year-low-on-no-deal-brexit-concerns-2019-07-29)

News that Prime Minister Boris Johnson did not plan to meet EU leaders unless they are willing to modify the withdrawal agreement seemed to accelerate sterling's losses, and conversely, helped U.K. equities rise.

"The key question facing investors now is whether the Fed can get away with a small number of 'insurance' cuts or whether it will be pushed towards a more fundamental loosening of policy," said Neil Shearing, group chief economist at Capital Economics, which sees 75 basis points of Fed cuts over the next six months.

Consolidation in the food delivery sector moved stocks as Just Eat(JE.LN) and Takeaway.com (TKWY.AE) announced merger talks, in a deal where the Dutch-listed group would buy the U.K.-listed company in a stock swap valuing Just Eat, using Friday's closing prices, at 731 pence a share. Activist investor Cat Rock has stakes in both companies and has been reported to be pushing for a deal.

The London Stock Exchange Group (LSE.LN) shares jumped 14% as the exchange operator confirmed it's in talks to buy Refinitiv, owned by Blackstone (BX) and Thomson Reuters (TRI), in a $27 billion deal to bulk up its offerings of financial data and infrastructure.

Vodafone Group (VOD.LN)(VOD.LN) rallied over 4% in London, continuing to gain ground after announcing it may sell its European towers business.

Earnings also were a mover of stocks. Both classes of Heineken shares (HEIA.AE) (HEIO.AE) skidded over 5% as the brewer reported a decline in first-half profit (http://www.marketwatch.com/story/heineken-shares-slide-after-first-half-profit-fall-2019-07-29).

Bank of Ireland (BIRG.DB) shares dropped 3.5% as the Irish lender said its net interest margin for the year would be lower than it was in the first half, and that margins will trend lower next year. AIB Group (A5G.DB) shares continued to drop after its cautious report on Friday. 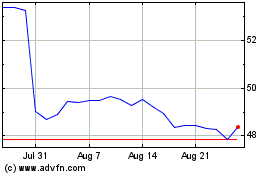 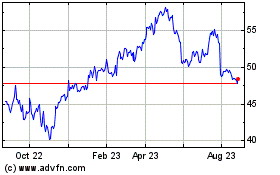 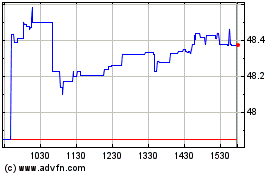