Securities registered pursuant to Section 12(b) of the Securities Act:

On September 29, 2020, Summit Midstream Partners Holdings, LLC (“SMP Holdings”) and Summit Midstream Partners, LLC (“Summit Investments”), subsidiaries of Summit Midstream Partners, LP (the “Partnership”), and, for limited purposes, the Partnership, entered into a Transaction Support Agreement (the “TSA”) with an ad hoc group of SMP Holdings’ lenders under the Term Loan Agreement, dated as of March 21, 2017 (the “Term Loan”), among SMP Holdings, as borrower, the lenders party thereto (the “Term Loan Lenders”) and Credit Suisse AG, Cayman Islands Branch, as Administrative Agent and Collateral Agent (the “Term Loan Agent”). The TSA sets forth the terms agreed between SMP Holdings, the beneficial owners of approximately 66% of the aggregate principal amount of claims under the Term Loan (the “Term Loan Claims”) that initially signed the TSA (the “Initial Directing Lenders”) and any other Term Loan Lender that becomes a party to the TSA via joinder as described below (together with the Initial Directing Lenders, the “Directing Lenders”) with respect to a consensual debt discharge and Term Loan restructuring transaction (the “TL Restructuring”). As described further below, at the closing of the TL Restructuring and pursuant to the terms of the TSA and the Strict Foreclosure Agreement (as defined below), all Term Loan Claims, including the approximately $155.2 million in principal amount outstanding under the Term Loan, will be satisfied, and the Term Loan will be fully repaid and will cease to exist.

The TL Restructuring will occur concurrently with the execution of the definitive documentation to fully settle (the “DPPO settlement”) the $180.75 million deferred purchase price obligation (the “DPPO”) that the Partnership owes to SMP Holdings under the Contribution Agreement, dated as of February 25, 2016, as amended by and between the Partnership and SMP Holdings. In connection with the DPPO settlement, the Partnership will make cash payments to SMP Holdings of $20.0 million (the “Consent Premium”) and $6.5 million (the “Additional Consideration” and the payments of such Consent Premium and Additional Consideration, the “Partnership Contribution”).

Until October 14, 2020, or such later date (the “Solicitation Period”) as agreed to by SMP Holdings and the Requisite Directing Lenders (as defined in the TSA), each Term Loan Lender may execute a joinder agreement to become a Directing Lender or execute a consent agreement (the “Consent Agreement”) to become a Transaction Consenting Lender and, in either case, receive its pro rata share of the Consent Premium in addition to its pro rata share of the Additional Consideration. The Solicitation Period may also be extended by up to 5 business days in the discretion of the Requisite Directing Lenders.

contains covenants by the Partnership (a) to make the Partnership Contribution and (b) that are intended to facilitate the prompt sale by the Term Loan Lenders of the Specified Collateral, which may include the filing of a registration statement with the Securities and Exchange Commission (the “SEC”) covering the resale of up to all of the common units constituting the Specified Collateral. The TSA also provides for certain conditions to the obligations of the parties and for termination upon the occurrence of certain events, including without limitation, the failure to achieve certain milestones and certain breaches by the parties under the TSA.

Pursuant to the TSA, the closing of the TL Restructuring is subject to the satisfaction of certain conditions, including that the holders of at least 73% of the aggregate principal amount of all outstanding Term Loan Claims and at least two unaffiliated Term Loan Lenders that are not Initial Directing Lenders or affiliates of the Partnership have executed the TSA or the Consent Agreement as of the end of the Solicitation Period, as well as other customary conditions.

If the Closing Date does not occur within 60 days following the end of the Solicitation Period, the Requisite Directing Lenders may terminate the TSA unless SMP Holdings and Summit Investments agree to implement the TL Restructuring through a chapter 11 plan of reorganization (or as otherwise agreed to by the Requisite Directing Lenders and SMP Holdings) that would become effective prior to February 15, 2021, pursuant to which, according to the terms of the TSA, the treatment of the Term Loan Claims held by Directing Lenders and Transaction Consenting Lenders shall be on the same terms contemplated therein and for all other Term Loan Claims recovery shall be no greater than the terms set forth in the TSA. Although SMP Holdings intends to pursue the TL Restructuring in accordance with the terms set forth in the TSA, there can be no assurance that SMP Holdings will be successful in completing the TL Restructuring or any other similar transaction on the terms set forth in the TSA, on different terms or at all.

The foregoing description of the TSA does not purport to be complete and is qualified in its entirety by reference to the TSA, a copy of which is attached hereto as Exhibit 10.1 and is incorporated herein by reference.

Investors are cautioned that this report includes certain statements concerning expectations for the future that are forward-looking within the meaning of the federal securities laws, including, without limitation, information concerning completion of the TL Restructuring, the terms and timing of the TL Restructuring, and the impact of completion of the TL Restructuring. Forward-looking statements also include, without limitation, any statement that may project, indicate or imply future results, events, performance or achievements, including statements about the TL Restructuring, and may contain the words “expect,” “intend,” “plan,” “anticipate,” “estimate,” “believe,” “will be,” “will continue,” “will likely result,” and similar expressions, or future conditional verbs such as “may,” “will,” “should,” “would,” and “could.” Forward-looking statements contain known and unknown risks and uncertainties (many of which are difficult to predict and beyond management’s control) that may cause the Partnership’s actual results in future periods to differ materially from anticipated or projected results. An extensive list of specific material risks and uncertainties affecting the Partnership is contained in its 2019 Annual Report on Form 10-K filed 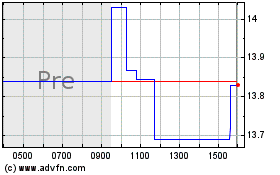