Mr. Coradino’s current base salary under the Amended and Restated Employment Agreement will be $900,000 (consistent with Mr. Coradino’s salary beginning January 1, 2021) as of the effective date. Mr. Coradino will be entitled to a cash incentive opportunity award for each calendar year ending during the term of his employment with a target amount equal to 175 percent of his base salary (consistent with Mr. Coradino’s previously established 2021 annual bonus opportunity). So long as Mr. Coradino remains our Chief Executive Officer, he will be nominated for election as a trustee at each annual meeting of shareholders, and he agrees to serve as one of our trustees.

In the event of Mr. Coradino’s termination on account of death or disability, he or his estate, as applicable, would receive any amounts earned but not yet paid to him as of the date of his termination, plus a pro rata portion of any cash incentive earned for the year in which his termination occurs. In addition, with respect to then outstanding restricted stock and restricted stock units granted during or after 2021, (i) those awards which are subject to vesting solely based on the passage of time and Mr. Coradino’s continued employment will immediately vest, and (ii) those awards which are subject to vesting based upon performance (however measured) will remain outstanding and will vest or be forfeited based on actual performance through the applicable performance period. With respect to restricted stock and restricted stock units granted prior to 2021, those awards will be treated in accordance with the applicable award agreement.

If Mr. Coradino’s employment is terminated by the Trust without cause or by Mr. Coradino for good reason, Mr. Coradino would receive (1) any amounts earned but not yet paid to him as of the date of his termination, (2) a pro rata bonus for the year of termination based on his target bonus then in effect, plus (3) two times the sum of (A) his base salary plus (B) his target bonus then in effect payable in installments over a period of time. In addition, those outstanding restricted stock and restricted stock unit awards which are subject to vesting solely based on the passage of time and Mr. Coradino’s

continued employment will immediately vest. With respect to then outstanding restricted stock and restricted stock units subject to vesting based upon performance (however measured), (i) awards granted prior to 2021 will be treated in accordance with the applicable award agreement (which generally provide for vesting based on actual performance), and (ii) awards granted during or after 2021 will remain outstanding and will vest or be forfeited based on actual performance through the applicable performance period.

If within six months before a change in control or in the 12 months thereafter, Mr. Coradino’s employment is terminated by the Trust without cause or by Mr. Coradino for good reason, then Mr. Coradino would receive the same benefits described in the preceding paragraph, except the “two times” severance multiplier in clause (3) would be increased to “three times.”

If Mr. Coradino delivers to the Board of Trustees of the Trust (the “Board”) one year’s advance written notice of his retirement, then, so long as his service to the Trust continues until the one year anniversary of delivery of the notice, the outstanding restricted stock and restricted stock units granted to Mr. Coradino during or after 2021 will vest (or be forfeited) as follows: (i) those awards which are subject to vesting solely based on the passage of time and Mr. Coradino’s continued employment will vest (but the shares issued in respect thereof will be subject to stop-transfer orders until the otherwise applicable vesting date), and (ii) those awards which are subject to vesting based upon performance (however measured) will remain outstanding and will vest or be forfeited based on actual performance through the applicable performance period.

In the event the Board exercises its right to accelerate the effective date of Mr. Coradino’s retirement to a date sooner than the one year anniversary of his delivery of notice of retirement, then in addition to the equity vesting treatment described above, Mr. Coradino will be entitled to (1) an amount equal to the base salary that would otherwise have been payable through the one year anniversary of his delivery of notice of retirement, (2) payout of any otherwise earned annual bonus for the fiscal year preceding his retirement (if not previously paid), and (3) a pro rata annual bonus for the year of retirement based on actual performance; provided that, solely for purposes of (2) and (3) above and determining the vested status of his pre-2021 equity awards, Mr. Coradino’s retirement will not be deemed to occur sooner than a period following his notice of retirement equal to four months plus his number of accrued but unused vacation days.

In the severance and retirement scenarios described above, the benefits payable to Mr. Coradino would be conditioned on his execution of a release of claims against the Trust and its affiliates.

If Mr. Coradino’s employment is terminated by the Trust for cause (as that term is defined in the agreement), Mr. Coradino would receive any amounts earned but not yet paid to him as of the date of his termination and each of his outstanding equity awards would be governed by the terms of the relevant plan and/or award agreement.

On May 12, 2021, in connection with and in furtherance of the Amended and Restated Employment Agreement, the Committee authorized the termination the Trust’s Non-Qualified Supplement Retirement Agreement with Mr. Coradino (the “SERP”) and directed management to take action to effectuate the termination in a manner intended to comply with Internal Revenue Code Section 409A and the regulations issued thereunder. As a result of the termination, the Trust expects to payout Mr. Coradino’s SERP account balance during 2022.

In connection with entry into the Amended and Restated Employment Agreement, on May 12, 2021, the Committee awarded Mr. Coradino a long term incentive award of cash-settled, time-based restricted share units (“RSUs”) pursuant to a Restricted Share Unit and Outperformance Unit Award Agreement (the “Award Agreement”). Mr. Coradino received 800,323 RSUs. This award represents a portion of Mr. Coradino’s regularly scheduled 2021 annual equity-based award, not an additional or special award. As previously disclosed, equity awards were made by the Trust to other senior executives on March 31, 2021, but no RSUs were granted to Mr. Coradino at that time.

The RSUs will vest in three equal installments on March 31, 2022, March 31, 2023 and March 31, 2024, subject to continued employment (and to accelerated vesting under the Amended and Restated Employment Agreement upon certain termination events, as described above). Vested RSUs will be settled in cash equal to the fair market value of a common share on the applicable vesting date multiplied by the number of RSUs that vest on that date (less any required withholding).

The RSUs also include an “outperformance multiplier” that would entitle Mr. Coradino to receive the dollar value of an additional number of common shares (“Outperformance Units” or “OPUs”) tied to a multiple of the number of RSUs if the Trust’s share price achieves certain outperformance goals, as follows:

The performance multiplier for achievement between levels will be determined by linear interpolation.

Achievement of the share price goals will be measured based on the average of the closing prices of a common share for the 60 days on which common shares were traded prior to and including the last day of a measurement period ending on December 31, 2023 (or upon the occurrence of certain earlier

The award, which must be settled in cash, was issued to Mr. Coradino in a private placement in reliance on exemptions from the registration requirements of United States federal and state securities laws, including Section 4(a)(2) Securities Act of 1933, as amended.

The information set forth in Item 5.02 of this Current Report on Form 8-K is incorporated herein by reference in its entirety. 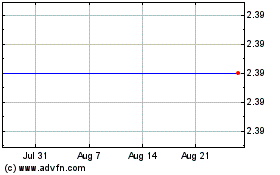 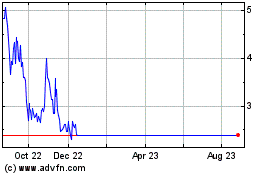 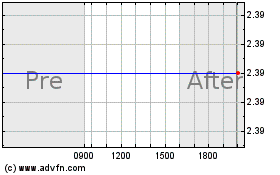