Notes That the Court has Ordered an Initial Hearing on Monday, October 19th

IsZo Capital Management LP (together with its affiliates, “IsZo”), a significant long-term shareholder of Nam Tai Property Inc. (NYSE: NTP) (“Nam Tai” or the “Company”) with beneficial ownership of approximately 9.9% of the Company’s outstanding shares,1 today announced that it has taken legal action in the Eastern Caribbean Supreme Court (the “Court”) against Nam Tai, Kaisa Group Holdings Limited’s (together with its affiliates, “Kaisa”) (HKG: 1638) wholly-owned subsidiary Greater Sail Limited (“Kaisa-Greater Sail”) and West Ridge Investment Company Limited (“West Ridge”). IsZo’s action comes in response to Nam Tai’s October 5, 2020 announcement of a $170 million private placement that distributed more than 16 million common shares to Kaisa-Greater Sail and more than 2.6 million common shares to West Ridge, which equated to approximately 47.6% of the Company’s outstanding shares on a pre-issuance basis. The Court has granted IsZo’s request for an injunction designed to protect Nam Tai shareholders, which was promptly served on Nam Tai, Kaisa-Greater Sail and West Ridge. In addition, the Court has agreed to hold an initial hearing on Monday, October 19, 2020. In an effort to continue providing shareholders with transparency into our efforts at the Company and address many questions we have received following the announcement of the transaction, IsZo has posted its statement of claim here.

Nam Tai executed its private placement earlier this month rather than proceed with convening a meeting of shareholders (the “Special Meeting”) following IsZo’s delivery on September 11, 2020 of verified requests from holders of approximately 40% of the Company’s outstanding shares – a number far in excess of the 30% threshold required to convene the Special Meeting. The Special Meeting was requisitioned to provide shareholders the opportunity to reconstitute the Company’s Kaisa-dominated Board of Directors (the “Board”) by removing a majority of the incumbent directors and installing six highly-qualified individuals: Michael Cricenti, Cindy Chen Delano, Bo Hu, Louis Leung, Paula J. Poskon and Jeffrey Tuder.

“IsZo is pleased that the Court has granted our request for an injunction and quickly scheduled an initial hearing in this important case. We firmly believe that Nam Tai’s private placement represents an egregious entrenchment maneuver intended to strengthen Kaisa’s grip on the Company by preventing a critical mass of shareholders from achieving boardroom change at the Special Meeting. We contend that this brazen maneuver has put scores of investors at risk and contributed to the destruction of approximately $150 million in shareholder value.2 Our lawsuit aims to invalidate the transaction and secure an order requiring the Company to promptly convene the Special Meeting, whereat investors can vote to remove those directors seemingly serving Kaisa’s interests and replace them with candidates willing and able to represent the best interests of all shareholders. IsZo will continue using every resource at its disposal to provide Nam Tai’s long-suffering shareholders the opportunity to vote for sorely-needed change at the Special Meeting.”

“It is important to stress that IsZo firmly rejects Nam Tai’s claim that it needed to raise new capital in order to address alleged concerns of lenders regarding a potential change in control of the Board. It is standard practice across the global real estate sector for loans to be secured by physical assets or properties, effectively providing lenders with valuable collateral and security amidst leadership changes and transformative events. Nam Tai has also repeatedly touted its stable financial position and cash flows in public communications in recent months, making it all the more apparent that the true impetus for the private placement was Kaisa’s desire to retain control of the Company in the face of widespread shareholder discontent. We question why respected global advisory firms such as Houlihan Lokey and Latham & Watkins would advise Nam Tai on its execution of this value-destructive transaction that could irreparably harm investors if not invalidated.”

Shareholders interested in learning more about IsZo’s action and the overall Special Meeting process should contact our solicitor, Saratoga Proxy Consulting, at info@saratogaproxy.com or (212) 257-1311. We also encourage shareholders to learn more about our slate and its strategic vision by visiting www.FixNTP.com. 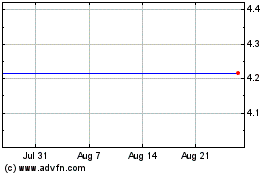 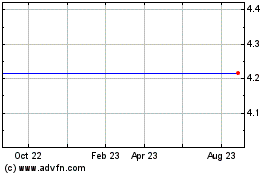 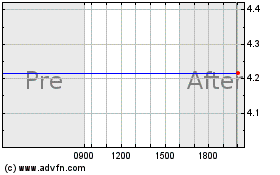