Universal Music Group NV--the music major behind The Weeknd, Billie Eilish and Taylor Swift--posted higher revenue in the third quarter as it continued to benefit from the growing popularity of streaming services.

Earnings before interest, taxes, depreciation, and amortization--a closely watched profit metric for Universal--rose to EUR426 million from EUR380 million, with a margin of 19.8%.

"Our operational and financial performance this quarter--our first as an independent, publicly traded company--demonstrates both why UMG is the world's most successful music company, as well as how our commitment to artists' career development and fostering innovation promotes growth across the music ecosystem," said Chief Executive Lucian Grainge. 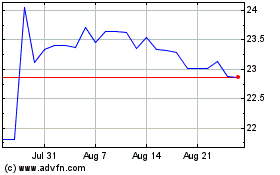 Universal Music Group NV (EU:UMG)
Historical Stock Chart
From May 2021 to May 2022 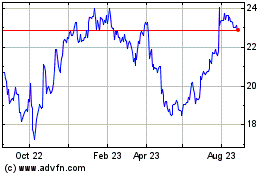 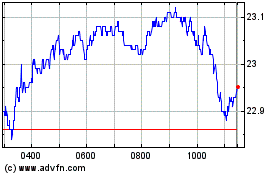