13.93
-0.250 (-1.76%)
Real-Time
Market Open
13.93
Solana (SOL) Heats Up 7% In Last 24 Hours As Helium Eyes Merge
September 14 2022 - 11:12AM
NEWSBTC
SOL, Solana’s native coin, has seen its value increase since the announcement of its impending merger with Helium. The developers of Helium came up with HIP 70, which aimed to relocate the entire Helium supply chain to Solana. Developers behind Helium have stated that increasing the network’s scalability, stability, and speed were the primary motivations behind the merger. According to a Medium post published by Solana on August 31, the company proposes migrating the Helium ecosystem from the L1 chain to its own “highly-scalable and fast blockchain,” which will allow for “higher uptimes, greater composability, and a faster user experience while maintaining the security and low cost of using the Helium Network.” Related Reading: Uniswap (UNI) Price Struggles To Overcome $6.8 Resistance SOL Trading Volume Up A Decent 250% Recent data shows that SOL’s trading volume has increased by an impressive 250 percent, from a recent low of $675,184 to today’s trading volume of $1,685,409. When business volume rises, prices tend to rise as well. The price increased by 11.52 percent in just 12 hours on September 2. This most recent upward movement resulted in a price of $38.06. On Wednesday, however, a fairly severe correction follows this bull pattern. A rising price carries with it the possibility of a sell-off, since some traders may seek to make a profit. This occurred shortly after SOL’s price peaked at $38.82. The rapid reversal occurred just one day after the bull movement. Related Reading: NEAR Bulls Charge Their Way Past $4.7 Amid Lack Of Spike In Volume Solana-Helium Merge To Shape Investor Confidence After the market’s upswing, the CCI and Stoch RSI values indicated that the coin was overbought, triggering sell signals. This fall in price also increased the attractiveness of short positions. According to recent market data, the current panorama of traders is dominated by short sellers. The majority of the top nine cryptocurrency exchanges are dominated by short bets. Chart: TradingView.com The market is attempting to rectify the decline with a test of the 100 percent Fibonacci level, with the 50-day exponential moving average acting as support. Chart: TradingView.com With the current timetable of the Helium-Solana merger still in the voting phase, the event’s hoopla can be a precursor of either a greater rise or a lower fall. The outcome of the vote will at least determine the sentiment of SOL’s investors. As the 18th of September approaches, it is only a matter of time before the voting results are known. SOL total market cap at $11.5 billion on the daily chart | Source: TradingView.com Featured image from Exodus Wallet, Chart: TradingView.com
Solana (COIN:SOLUSD)
Historical Stock Chart
From Nov 2022 to Dec 2022 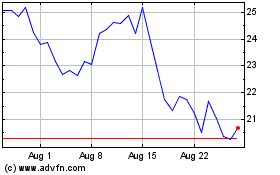 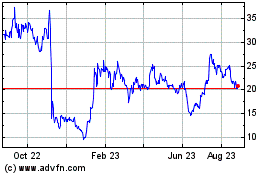 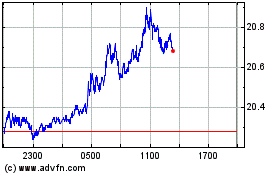