4.58
0.180 (4.09%)
Real-Time
Market Open
4.58
Polygon Team Reports Apps On The Network Surge By 400%
August 14 2022 - 10:40AM
NEWSBTC
While the crypto market remains in its winter, some other sectors in the industry are experiencing a steady rise, one of the prominent examples of these sectors is the operational teams in the Polygon network. As of March this year, its total monthly active teams were around 8,000. However, recent data shows that the current monthly active teams for the network as of last month are about 11,800. Meanwhile, the DApps (decentralized applications) on Polygon, the Ethereum scaling platform, has also attained a new high. Based on recent data, the total number of decentralized applications on the blockchain is now 37,000. This figure projects a 400% increase from the beginning of this year. Related Reading: Polkadot (DOT) To Retest $9.88 Resistance – Can Bulls Regain Solid Footing? The blockchain team revealed this through a blog post on Wednesday. Sources stated that the information originated from Alchemy, a partnered web3 development company. The data provides the total number of applications the blockchain has launched on the mainnet and testnet. We’re having quite a year at @0xPolygon 💻 ~500 dApps in November, now 37,000+ with 11.8k active teams. “Many projects are increasingly choosing to build solely on Polygon. Alchemy data shows that 74% of teams integrated exclusively on Polygon”https://t.co/ERiLHJiVdh pic.twitter.com/UzKZPlazWD — Ryan Wyatt (@Fwiz) August 11, 2022 According to the information, the number of active teams on the blockchain has hit 11,800. This figure shows a 47.5% increase in the last four weeks, dating from the end of July. Reports On Polygon DApps Reports from the project team cited an interruption regarding decentralized applications. The integrated teams on the polygon blockchain alone were 74%. On the other hand, those deployed on the blockchain and Ethereum were 26%. Furthermore, the proof-of-stake blockchain is renowned for hosting decentralized applications from several notable projects. These projects include Decentraland, The Sandbox of the Metaverse platform, and NFT marketplace OpenSea. Others include Animoca Brands, an NFT venture gaming/fund company, and Aave, a DeFi lending platform. The reports indicate that the blockchain carries out its hosting tasks through its EVM (Ethereum Virtual Machine). Moreover, over 142 million addresses are attached to the decentralized applications used on the Polygon blockchain. These are more pieces of information drawn from the blog post. Related Reading: Filecoin Cruises Near Resistance, Now Attempts For A Breakout According to the post, these unique user addresses contain up to $5 billion worth of assets secured on the network. Additionally, about 1.6 billion transactions are already carried out on the blockchain. Ryan Wyatt, the CEO of Polygon, has expressed how excited he is about the growth. He revealed this on a Twitter post, noting that the team is experiencing a good year at the company. The Polygon team announced the primary cause of the growth of the decentralized applications earlier this year. They acknowledged that their partnership with the web3 development platform, Alchemy was what facilitated the growth of the DApps. They added that the partnership made it easy for the Polygon developers to build decentralized applications. Featured image from Forbes, Chart from TradingView.com
Filecoin (COIN:FILUSD)
Historical Stock Chart
From Nov 2022 to Dec 2022 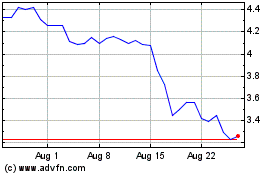 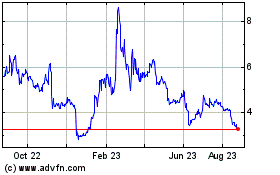 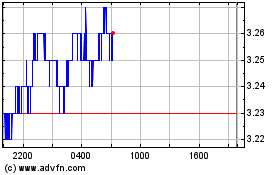