The miner, one of the world's top exporters of the steel ingredient, expects to ship between 330 million and 343 million metric tons of iron ore in 2020. That would represent an increase on the 327.4 million tons shipped in 2019, after reporting fourth-quarter movements of 86.8 million tons on Friday.

Rio Tinto has benefited from high iron-ore prices over the past year, while experiencing operational and weather-related issues that meant it wasn't able to capitalize fully on the tailwind behind its most profitable division. The company in June lowered its 2019 production target from up to 343 million tons on setbacks at the Greater Brockman hub especially prompted a review of mine plans. Earlier in the year, Rio Tinto grappled with disruptions from a cyclone and a fire at a key port.

Iron ore prices remain above US$90 a ton, up roughly one-quarter on what it fetched at the start of 2019. Recent rains in Brazil have constrained supply there while a tropical cyclone bore down on iron-ore ports in Western Australia before passing by to the north. China's phase-one trade deal with the U.S. may support demand for iron ore, although mills there look to have largely restocked ahead of the lunar new year period, analysts say.

"We finished the year with good momentum, particularly in our Pilbara iron ore operations and in bauxite," said Chief Executive Jean-Sebastian Jacques. "We are increasing our investment, with US$2.25 billion of high-return projects in iron ore and copper approved in the fourth quarter."

Among its other commodities, the miner projected a fall in mined copper production to 530,000-570,000 tons this year from 577,400 tons in 2019. That guidance reflects lower grades at its Kennecott mine in Utah, although it sees grades becoming more consistent later in the year.

"Our guidance is framed by expectations of general stability in global GDP growth in 2020, tempered by negative risks, including geopolitical tensions and oil price volatility," Rio Tinto said. "In this environment, we will continue to monitor and adjust production levels and product mix to meet customer requirements in 2020, in line with our value over volume strategy."

-Write to David Winning at david.winning@wsj.com 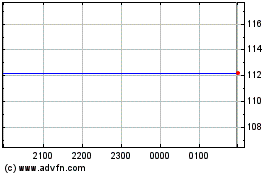