London, May 3(rd) , 2022. Orosur Mining Inc. ("Orosur" or the "Company") (TSX-V/AIM:OMI) , is pleased to announce that results from the first reconnaissance geochemical soil sampling program at the La Esfinge prospect at El Pantano have returned highly anomalous results in Gold and several other pathfinder elements, over a 3.3km strike length of the target, with moderate level anomalism over an additional 3.4km of the target.

Gold anomalism in soil samples have returned results in excess of 100ppb Au across the western half of the La Esfinge target, with highly significant anomalies from other elements such as Arsenic (As), Silver (Ag), Bismuth (Bi), Indium (In) and Copper (Cu) across the entire length of the target of almost 7km (figures 4 through 9).

Anomalism remains open to the west.

While widely spaced and preliminary in nature, these results are highly encouraging from a first pass program and are in accordance with the geochemical responses we would expect to see from an epithermal gold system in this environment.

As a result of these positive results, the Company's geological teams have returned to El Pantano to carry out a short in-fill program to better define the scale and nature of the key anomalies before the approaching winter. Due to time constraints associated with short days, this infill will concentrate on the western half of the target with the most anomalous gold values.

For the full PDF version of the announcement with Figures 1-9 included, please refer to: http://www.rns-pdf.londonstockexchange.com/rns/9803J_1-2022-5-2.pdf

As announced on March 21st, a reconnaissance geochemical program was planned at El Pantano as the first work phase of the JV.

Survey planning was focussed on the La Esfinge prospect, a roughly 7-8km long silicified ridge that showed geological characteristics potentially suggestive of a major epithermal system, but to the best of the Company's knowledge had never been sampled.

Nine geochemical survey lines were located along the target length, at approximately 1km spacing, with samples taken every 20m along these lines. The lines varied in length so as to extend well into the surrounding host rocks and thus provide background geochemical signatures that are required for the subsequent statistical analysis of results.

Samples were taken at depths varying from 30cm to 60cm beneath the surface, at what was deemed the local equivalent of a B Horizon, although this nomenclature is somewhat complicated in Patagonia as there is almost no vegetation and as a result, very little soil development. This zone was however seen to possess the required levels of clays and manganese and iron nodules and so act as a suitable collecting medium.

A total of 362 samples were taken, with these samples prepared at the local ALS preparation facility in Santa Cruz province, before final assay at the ALS laboratory in Lima Peru. Samples were assayed for gold and a large suite of other metals, some of which are known to act as pathfinder elements within the geological environment of the Deseado Massif gold province.

The line spacing was intentionally broad as the survey was designed as a first pass reconnaissance program to assess the appropriateness of the sampling method and medium, and to collect the necessary background data that would be required for analysis of results.

Unlike drilling or rock chip sampling, results from soil sampling cannot be assessed against an absolute, objective scale, but must instead be statistically analysed above the local background. What is deemed "anomalous" is entirely dependent upon the local conditions of the prospect.

Geochemical results were statistically analysed on an element-by-element basis, with various levels of anomalism determined by the number of standard deviations above the mean.

Analysis has demonstrated widespread moderate gold anomalism across most of the western half of La Esfinge, with several key occurrences of high-level anomalism (>24ppb Au), with the highest value of 118ppb Au.

Gold anomalism was concentrated along the southern margin of the La Esfinge silicified ridge, most likely indicating a major structure along this margin that has allowed the less mobile element to migrate upwards. The highest gold values also coincide with the western half of the La Esfinge ridge, where the orientation of the ridge deviates closer to the SE-NW direction that is commonly the major structural control on gold mineralisation in this portion of the Deseado Massif.

Other pathfinder elements however show more widespread anomalism in both directions, which is to be expected as these elements, such as As, are more mobile and thus able to migrate more readily.

While extremely preliminary in nature, these results are a positive indicator of an epithermal system along a substantial strike length of almost 8km. Seeing the most widespread gold anomalism at the western end of the ridge may be suggestive of the system shallowing in this direction.

As a result, Company geological teams are remobilising to site to carry out a brief infill soil sampling program in the brief time permitted before the winter recess.

A number of additional soil sampling lines will be located across the western half of the La Esfinge ridge to infill the wide preliminary spacing and so better define the anomalies, and to extend coverage westward and southward where anomalism remains open. This work program is expected to require approximately two weeks, although actual duration will be dependent on weather conditions.

"While preliminary and reconnaissance in nature, these positive results are highly encouraging from a first pass program on a virgin prospect. We targeted La Esfinge not only because of its positive geological indicators, but also its very large size. To now see geochemical anomalism along almost the entire 8km strike gives us much to work with moving forward."

The information in this news release was compiled, reviewed and verified by Mr. Brad George, BSc hons (Geology and Geophysics), MBA, Member of the Australian Institute of Geoscientists (MAIG), CEO of Orosur Mining Ltd and a qualified person as defined by National Instrument 43-101. 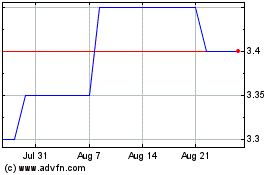 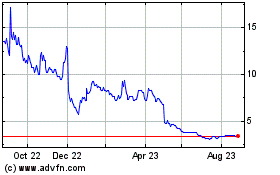 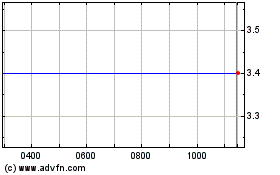