Item 5.07. Submission of Matters to a Vote of Security Holders.

Proposal 1. To elect the eight nominees named in the Company’s proxy statement to serve for one-year terms as directors of the Company, with such terms expiring as of the Company’s 2021 Annual Meeting of Stockholders and, in each case, until a successor is elected and qualified. Each nominee for director was elected by a vote of the stockholders as follows:

Proposal 3. To consider and vote upon an amendment and restatement of the 2018 Omnibus Incentive Compensation Plan, as amended and restated, to increase the number of shares available under the plan and to make certain other changes. The proposal was not approved by a vote of the stockholders as follows:

Proposal 4. To approve, on an advisory basis, the compensation of our named executive officers. The proposal was approved by a vote of the stockholders as follows:

Proposal 5. To ratify the selection of Ernst & Young LLP as the Company’s independent registered public accounting firm for the fiscal year ending December 31, 2020. The proposal was approved by a vote of the stockholders as follows:

Proposal 6. To consider and vote upon a proposal to adjourn the Annual Meeting, if necessary, to solicit additional proxies in the event that there are not sufficient votes at the time of the Annual Meeting to approve the reverse stock split. The proposal was approved by a vote of the stockholders as follows:

With regard to Proposal 4, the Company’s Compensation Committee of the Board of Directors takes note of the results of the advisory “say-on-pay” proposal and expects to consider these results and feedback from stockholder engagement among the factors considered in connection with continuing to discharge its responsibilities in setting the compensation of the Company’s named executive officers.

With respect to Proposal 2 to consider and vote upon an amendment to the Company’s Tenth Amended and Restated Certificate of Incorporation, as amended, to combine outstanding shares of the Company’s common stock into a lesser number of outstanding shares, or a “reverse stock split”, by a ratio of not less than one-for-five and not more than one-for-twenty-five, with the exact ratio to be set within this range by the Company’s Board of Directors in its sole discretion, in accordance with Proposal 6 which was approved by the stockholders, the Annual Meeting was adjourned to June 26, 2020, at 10:30 a.m. Eastern Daylight Time.

The Company's Board of Directors expects to communicate with stockholders in the near future in connection with the adjourned Annual Meeting.

Pursuant to the requirements of the Securities Exchange Act of 1934, as amended, the Registrant has duly caused this report to be signed on its behalf by the undersigned hereunto duly authorized. 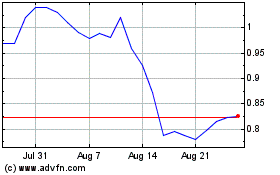 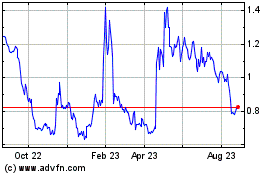 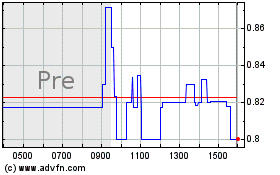