“In the second quarter, we focused on international commercial opportunities where our DPP COVID test has been approved. These efforts were successful, resulting in the largest order in company history for DPP SARS-CoV-2 Antigen tests from our longstanding customer Bio-Manguinhos. We also made progress on our clinical activity to support U.S. regulatory submissions for our DPP COVID-19 tests,” said Richard Eberly, Chembio’s President and Chief Executive Officer. “Looking forward, we believe the investments we have made in product development, expanding our commercial infrastructure and our automated manufacturing operations position us for future success. The recently raised capital has strengthened the balance sheet and will support execution of our strategic initiatives.”

Cash and cash equivalents as of June 30, 2021 totaled $5.6 million. Subsequent to the quarter-end, $36.9 million of gross proceeds were raised through the ATM offering.

Going Concern ConsiderationsRevenues during the three months ended June 30, 2021 did not meet the Company’s expectations, and the shortfall in revenues was a principal cause of the Company’s limited cash and cash-equivalents position as of June 30, 2021. The decrease in cash and cash-equivalents over the first two quarters of 2021 reflected market, clinical trial and regulatory complications the Company faced in seeking to develop and commercialize a portfolio of COVID-19 test systems during the continuing, but evolving, uncertainty of the COVID-19 pandemic. The decrease in cash and cash-equivalents also resulted in part from significant continuing expenses incurred in connection with pending legal matters and delayed achievement of milestones associated with government grant income, investments in inventory and the continuing automation of U.S. manufacturing.

Following June 30, 2021, the Company undertook and achieved measures to increase its total revenues and improve its liquidity position:

These measures and other plans and initiatives of the Company were designed to provide the Company with adequate liquidity to meet its obligations for at least the twelve-month period following the date the Company’s second quarter are to be issued. Such plans and initiatives are dependent, however, on factors that are beyond the Company’s control or that may not be available on terms acceptable to the Company, or at all. The Company considered how the uncertainties around the delivery of the full number of tests covered by the Significant POs and other customer orders may be affected by limitations of the Company’s supply chain, staffing and liquidity, uncertainties regarding the achievement of milestones and related recognition of revenue under government grants, and other matters outside the Company’s control. The Company further considered how such uncertainties could impact its ability to meet the obligations specified in the Company’s credit agreement over the next twelve months, which include attaining minimum total revenue ranging from approximately $37.4 million to approximately $43.8 million for the rolling twelve months as of the end of each quarter from September 30, 2021 through June 30, 2022. In the event of an event of default under the credit agreement, the lender could elect to declare all amounts outstanding thereunder, together with accrued interest, to be immediately due and payable. In such an event, there can be no assurance that the Company would have sufficient liquidity to fund payment of the amounts that would be due under the credit agreement or that, if such liquidity were not available, Chembio would be successful in raising additional capital on acceptable terms, or at all, or in completing any other endeavor to continue to be financially viable and continue as a going concern. Chembio’s inability to raise additional capital on acceptable terms in the near future, whether for purposes of funding payments required under the Credit Agreement or providing additional liquidity needed by the Company for its operations, could have a material adverse effect on the Company’s business, prospects, results of operations, liquidity and financial condition. Accordingly, management determined the Company could not be certain that its plans and initiatives would be effectively implemented within one year after the date the accompanying unaudited condensed consolidated financial statements are issued.

Without giving effect to the prospect of raising additional capital pursuant to the ATM Agreement, increasing product revenue in the near future or executing other mitigating plans, many of which are beyond the Company’s control, it is unlikely that the Company will be able to generate sufficient cash flows to meet its required financial obligations, including its rent, debt service and other obligations due to third parties. The existence of these conditions raises substantial doubt about the Company’s ability to continue as a going concern for the twelve-month period following the date the second quarter financial statements are to be issued.

Forward-Looking StatementsCertain statements contained in the paragraph following the bulleted items under “Recent Highlights” above are not historical facts and may be forward-looking statements within the meaning of the Private Securities Litigation Reform Act of 1995. Forward-looking statements include statements regarding the intent, belief or current expectations with respect to the distribution and sale of Chembio’s diagnostic tests, the availability, timing, functionality and regulatory approval of Chembio’s COVID-19 diagnostic tests, and Chembio’s ability to maintain sufficient liquidity to fund its operation, including its sales of tests pursuant to the Significant POs. Such statements, which are expectations only, reflect management's current views, are based on certain assumptions, and involve risks and uncertainties. Actual results, events or performance may differ materially from forward-looking statements due to a number of important factors, and will be dependent upon a variety of factors, including, but not limited to, the following, any of which could be exacerbated even further by the continuing COVID-19 outbreak in the United States and globally: the ability of Chembio to generate revenue from the Significant POs or other product orders, and the margins it can realize from that revenue, will depend on the availability and cost of human, material and other resources required to build and deliver the tests, which factors are largely outside Chembio’s control; the ability of Chembio to maintain existing, and timely obtain additional, regulatory approvals, particularly for its proposed COVID-19 diagnostic tests, which approvals are subject to processes that can change recurringly without notice; Chembio’s dependence upon, and limited experience with, COVID-19 diagnostic tests; the highly competitive and rapidly developing market for testing solutions for COVID-19, which includes a number of competing companies with strong relationships with current and potential customers, including governmental authorities, and with significantly greater financial and other resources that are available to Chembio; and the risks of doing business with foreign governmental entities, including geopolitical, international and other challenges as well as potential material adverse effects of tariffs and other changes in U.S. trade policy. Chembio undertakes no obligation to publicly update forward-looking statements in this release to reflect events or circumstances that occur after the date hereof or to reflect any change in Chembio's expectations with regard to the forward-looking statements or the occurrence of unanticipated events. Factors that may impact Chembio's success are more fully disclosed in Chembio's periodic public filings with the U.S. Securities and Exchange Commission, including its Quarterly Report on Form 10-Q for the quarterly period ended March 31, 2021 and its Current Report on Form 8-K filed with the Securities and Exchange Commisson on July 19, 2021, particularly under the heading “Risk Factors.” 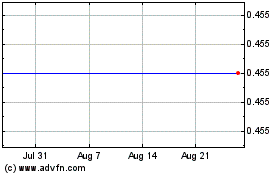 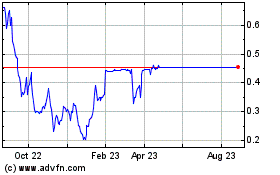 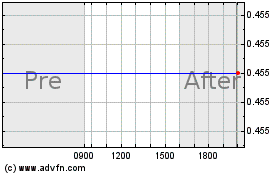