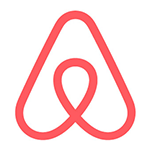 A frenzy has hit the market for newly listed tech stocks.

Last week, searing demand sent DoorDash Inc.'s stock up 86% in its trading debut Wednesday, while Airbnb Inc.'s shares more than doubled in their debut a day later. Airbnb Chief Executive Brian Chesky was at a loss for words in a Bloomberg TV appearance when he was told of the company's opening share price, while multiple investors in the two blistering offerings said they were puzzled by the extraordinary enthusiasm in the market.

The reception was so strong that videogame company Roblox Corp. pulled its own planned initial public offering as it tried to make sense of the market. Another startup, financial tech company Affirm Holdings Inc., also delayed its planned IPO over the weekend, although the exact reasons weren't clear.

Valuations of recent IPOs are at their highest levels since the dot-com bubble, relative to the companies' revenue, sparking concerns among investors about the level of froth.

The result has been that the market capitalizations of many money-losing upstarts have become larger than giant, highly profitable stalwarts of corporate America.

Investors this year have valued newly public tech companies at a median of 23.9 times the revenue they reported in the 12 months before going public, according to University of Florida business professor Jay Ritter, who tracks initial public offerings. That measure is by far the highest of the past two decades. For most of the 2010s, the median multiple for a tech company after its first day of trading hovered around 6 times its revenue in the prior 12 months. The same measurement for stocks on the Nasdaq Composite Index is 4.3, according to FactSet.

"I have a great deal of difficulty understanding the valuations of some of these companies," Mr. Ritter said. The difference in enthusiasm for the unprofitable young companies and old corporate giants with consistent profits is "night and day," he said.

The valuations imply investors are counting on years of continued rapid growth by these companies, hoping some will dominate their industries and churn out large profits, Mr. Ritter said.

Tech enthusiasts and some observers say there are concrete reasons for the enthusiasm, as businesses across the country spend more on software and cloud-computing services, while more consumers are comfortable with ordering food or rooms on apps.

"There still is, without doubt, there's a major transformation," said Jeffrey Sonnenfeld, a professor at Yale University's School of Management.

But the ballooning valuations are driven even more, experts say, by surging demand from investors for stocks that show growth and have buzz. Retail stock trading has surged in popularity during the pandemic, tech giants' growing profits have cast a halo on upstarts, and falling interest rates have led more investors to chase returns in stocks.

The tech IPO bonanza marks a change in fortunes between the private and public markets.

For much of the 2010s, the stock market was a check on the frothy valuations of startups heavy on losses that were funded by venture capitalists. As the roster of multibillion-dollar startups grew and grew, valuations in the private markets were considered to be significantly higher than those in the public markets.

Uber Technologies Inc., once the country's most valuable startup, had a disappointing public debut in 2019 at a lower share price than its private investors assigned it years earlier. WeWork Cos. ended up pulling its planned IPO after potential investors were repelled by details about the company's finances and corporate governance that were revealed in the lead-up to its expected listing. Its private valuation fell by $39 billion, to $8 billion.

"The valuations are better in the public markets than private markets, which was not the case in '19 or '18," Rajeev Misra, who runs SoftBank Group Corp.'s $100 billion Vision Fund, said in a conversation with an analyst at New Street Research LLP last month. "The public markets are very buoyant." SoftBank was by far the largest investor in startups in the past few years, flooding companies like WeWork, Uber and DoorDash with cash.

The valuations of the newly public companies are dwarfing older rivals. Airbnb is worth more than Marriott International Inc., Hilton Worldwide Holdings Inc. and Hyatt Hotels Corp. combined, by market capitalization. It is worth about the same as online travel giant Booking Holdings Inc., a slower-growth company that had more than double Airbnb's revenue in the 12 months through September and had a $1.3 billion profit. DoorDash is worth nearly double fast-food operator Yum Brands Inc., the owner of Pizza Hut, Taco Bell and KFC.

The enthusiasm extends further than buzzy companies known well to consumers. Business-software companies have been in particularly high demand. Software company Snowflake Inc., which went public in September, is worth more than 200 times the $489 million in revenue it made in the 12 months through October. Data-analysis firm Palantir Technologies Inc., which went public in September at a roughly $21 billion valuation, is now worth $50 billion, or 50 times its revenue.

Meeting the high expectations of stock-market investors could prove difficult. While a few standouts like Amazon.com Inc. and Alphabet Inc.'s Google have shown an ability to keep expanding quickly at large scale, most companies are unable to maintain the soaring growth rates of their early years as they mature and get bigger.

Airbnb's annual revenue growth slowed from 80% during 2016 to 31% during 2019. Bookings tanked early in the pandemic, and revenue in the first nine months of 2020 was down 32% from the year-earlier period. Still, business has been robust since the lows of the spring, and the company expects to return to growth after the pandemic.

Whatever the challenges, if the market's appetite for such tech companies continues, venture capitalists see a surge of additional IPOs.

"A lot of entrepreneurs now realize it's a very receptive and attractive public market," said Rich Wong, a partner at venture-capital firm Accel, an early investor in Slack Technologies Inc. and Facebook Inc. If the rally stays apace, 2021 "will definitely be the most active IPO market in the last 20 years," he said.

Write to Eliot Brown at eliot.brown@wsj.com and Maureen Farrell at maureen.farrell@wsj.com 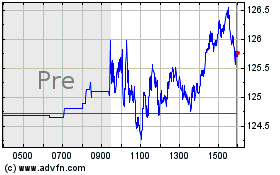