SAO PAULO--Energias de Portugal SA (EDP.LB, EDPFY) on Friday won rights to build and operate the 219-megawatt Cachoeira Caldeirao hydroelectric dam as well as the right to expand output at its Santo Antonio do Jari dam.

EDP, which is 21% owned by China's Three Gorges Corp. after the Portuguese government sold its stake under a bailout program, agreed to sell energy from the Cachoeira Caldeirao dam for 95.31 Brazilian reais ($45.75) per megawatt-hour. The company will have to invest an estimated BRL856 million to build the dam in the northern Brazilian state of Amapa, and the dam will have to be operational by 2017.

EDP also won rights on Friday to sell 73.4 MW of additional capacity at its Santo Antonio dam, also in the state of Amapa. The dam, which will have a total capacity of 373.4 MW, is set to come online in 2014 and earlier this month was approved for a BRL736.8 million loan from national development bank BNDES.

At these auctions, winners are determined by whomever offers to sell energy for the lowest price. The government acts as an intermediary between generators and distributors, and the auction is concluded when distributors contract enough energy to meet their future needs.

A license to build and operate the Sinop dam wasn't awarded Friday as prices for wind power and for other dams were lower than those offered for Sinop. Courts in the center-west state of Mato Grosso, where the dam is set to be built, earlier had blocked the dam's participation in Friday's auction after accusations of irregularities in obtaining environmental licenses. The auction was delayed by one hour Friday as the government worked to overturn the injunction against Sinop.

Friday's auction also awarded contracts to wind-power projects. Brazil renewable energy company Bioenergy was the big winner, offering to sell 116.2 megawatts of energy from seven wind farms in the northern state of Maranhao. The company agreed to accept total annual revenue of about BRL91.2 million from the seven wind farms, selling energy at an average price of BRL87.77 per MWh.

The average price for wind projects reached BRL87.97 per MWh, a record low. Analysts were skeptical that prices would fall much lower than the BRL100 per MWh reached at previous auctions, but Friday's auction signaled there was still room to improve efficiency.

Write to Paulo Winterstein at paulo.winterstein@dowjones.com 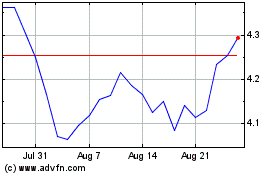 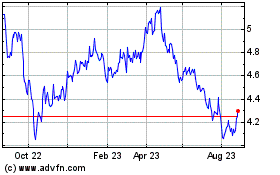 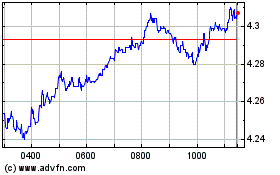