One Media iP Group Plc (AIM: OMIP), a digital media content provider, which consolidates, exploits and monetises intellectual property rights around music and video, is pleased to announce that it has acquired the exclusive rights and ownership to the to the Owl Music Catalogue on a complete buy-out basis for €21,000 (twenty one thousand Euros). The Owl catalogue comprises of over 1100 Irish folk and Celtic music original recordings. The tracks have been marketed by One Media over the last eight years on royalty sharing basis.

Owl Records, was established in 1997. It developed a diverse catalogue of over 90 albums, mainly in the Celtic folk, traditional and new age genres. Original percussive arrangements of best loved classical compositions are also included in the catalogue. There is additionally a varied range of Christmas albums. Unique to the catalogue is the 'Counties of Ireland' series, a 350 strong collection of songs drawn from the 32 counties of Ireland. Dagda’s four Celtic new age albums spent over 100 weeks in the American New Age radio charts and provided the trailer sound track for an Oscar winning film. Their only dance album is ‘Raverdance ­ Celtic Clubland’. Rob Strong, father of Commitments star Andrew Strong has two albums in the catalogue which also includes some childrens’ story collections. Each of Owl’s six Mystical Ireland albums reached gold or platinum status in Ireland. Artists include Owl's founder and director Reg Keating, who is also the man behind Dagda's soul singer Rob Strong, popular Irish crooner Sonny Knowles, New Ireland Orchestra and balladeer/troubadour Tom Donovan. All Owl recordings were produced in its own studio in Ireland.

Commenting on the deal, Michael Infante Chairman and CEO said "I have known Reg for over 10 years as a licensor to the group and the catalogue has always been our 'corner stone' of Irish music. As Reg now retires and One Media takes full control of the catalogue, we look forward to continuing the exploitation and further developing the marketing of his music. Its a great collection beautifully recorded of internationally known Irish tracks and I am pleased to welcome it into our collection. We will have a good reason to raise a 'jar' on the 17th March next year"

Based at Pinewood Studios, One Media is an 'intellectual property' (IP) owner and controller of rights within the digital arena concerning music, video and digital distribution. The consumer led but B2B (Business-to-business) operation looks to exploit its catalogue of over 250,000+ music tracks and over 10,000 hours of video by recompiling the content for sale through over 600 digital music and video stores groups worldwide.  The Company has a team of Creative Technicians, all of whom are YouTube certified, who digitise the content, create the metadata, re-compile and prepare the digital music & video releases using bespoke in-house developed software. Additionally, One Media makes its library of content available for TV shows, movies, adverts and websites requiring synchronised music. One Media focuses on music performed by well-known artists from every genre, including; pop, rock, reggae, R&B, children's music, karaoke, jazz, soul, blues, rap, hip-hop, gospel, world-music, plus stand-up comedy, spoken-word. In July 2014 the Group acquired for a consideration of USD$1.6m the Point Classics classical music library bringing the number to over 10,000 classical tracks now available to the Group for exploitation. The Group owns all the rights to the Men & Motors (originally Granada/ITV) TV shows originally aired on British TV between 1996 and 2010. Comprising of over 3500 shows is available for viewing on the Groups YouTube Channel. Recently the Group has developed a content discovery and policing software service 'Technical Copyright Analysis Tool' (TCAT) as a new service to record companies, publishers and law firms searching information of artist and tracks on legitimate digital stores.  One Media is eligible for Enterprise Investment Schemes ("EIS") and Venture Capital Trusts ("VCT"). The company is profitable, cash resourced and has operated an active dividend policy since 2011. 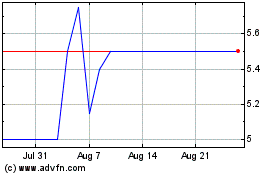 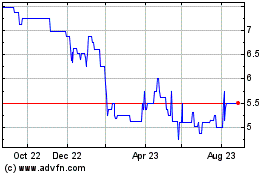 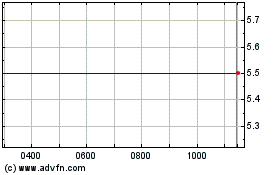