On May 29, 2015, Registrant and various parties entered into an Amended Mutual Release and Settlement Agreement (the “Agreement”) with Gregory C. Manos, former CEO of Registrant (“Manos”).  Manos resigned as an officer and director of Registrant in July, 2014 and has no current affiliation of any kind with Registrant, other than as a minority, less than 10 percent, shareholder.  This Agreement amended a portion of the consideration payable under a prior Mutual Release and Settlement Agreement dated December 31, 2014 including the same parties, which was thereafter amended on March 2, 2015 (the “March Release”).

Under this Settlement Agreement dated May 29, 2015, Registrant agreed to issue to Manos directly a convertible promissory note in the principal amount of $345,000 for the release of any claims by Manos against the Registrant for “fees, salaries, wages, consulting amounts” and “for all other amounts due or claimed by Manos” against Registrant and the other parties, to the extent not previously released in the March Release.

In accordance with the terms of the Settlement Agreement, Registrant executed a Convertible Promissory Note with an “Effective Date” of May 28h, 2015 in the principal amount of $345,000 payable to Manos (the “Note”).  This promissory Note, was prepared by Manos and was accepted without change by Registrant, despite being inconsistent with the Settlement Agreement terms.  This Note, is due November 28, 2015, with interest at 6 percent payable unless the Note is “completely converted into common stock” of Registrant.  The Note is convertible immediately by Manos into common stock of Registrant at a discount of 40 percent from the lowest trading price of Registrant’s common stock for the five trading days prior to any conversion election, with a maximum conversion amount at any time limited to a total resulting common stock holding by Manos of 9.9 percent of the common stock outstanding. Although the Note recites that any shares issued on a conversion of the Note shall be issued as “free trading, non-dilutable, non-reversible, considered fully paid for, non-cancellable in whole or in part, and non-assessable”, Registrant is unable to issue any conversion shares as free-trading except in an effective registration statement or in conformity with Rule 144 and the Note also expressly states

that the Note and any shares of common stock issuable on any conversion have not been registered and cannot be sold, assigned, conveyed or transferred without registration or pursuant to an exemption from registration. Accordingly, any conversion election by Manos into common shares prior to the end of the six months from the date of issue will be issued by Registrant as restricted shares and any conversion after a six month initial holding period for the Note also will be issued as restricted shares unless otherwise registered or unless there is an applicable exemption from such registration, including Rule 144 if otherwise then applicable.  On or about June 9, 2015, Manos delivered a conversion notice, converting $26,844 in principal on the Note into 149,134,486 unregistered, restricted common shares of Registrant.

Although the Note recites that it has been issued in consideration for “the sale of the majority interest of common shares” of Registrant and for “that certain $345,000 debt originating on or about September 1, 2013 owed by [Registrant] to Gregory Manos” that recitation is erroneous. Such a debt did not then exist and was not reported as existing on Registrant’s quarterly report filed on Form 10-Q for the quarter ended September 30, 2013, or on its annual report and audit for the year ended December 31, 2013, or on any of the quarterly reports filed on Form 10-Q for the periods ended March 31, 2014, June 30, 2014 or September 30, 2014, all of which except the latest were prepared and filed by Manos.  In fact, the Note was issued on May 29, 2015 expressly as consideration for the release by Manos, under the May 29, 2015 Settlement Agreement, of any claims then existing and arising after the earlier March Release, against the Parties for “fees, salaries, wages, consulting amounts” and “for all other amounts due or claimed by Manos against [Registrant]” and will be reported by Registrant as compensation to Manos as of that date in the amount of $345,000.

Other inconsistencies in the language of the Note, as prepared by Manos, and the Settlement Agreement, include but are not limited to:

The Note recites that the “Mutual General Release executed by various parties…is hereby made a part of this Note and incorporated herein as if fully set forth. Should Active Health Foods, Inc. not survive, is delisted or downgraded to a lower exchange, e.g. OTC Markets, files for any bankruptcy or becomes insolvent in accordance with the standard accounting definition, then the Mutual General Release shall not survive and this Note remains in full force and effect and thus enforceable.”  There is no “Mutual General Release” to which Registrant is a party and none of the parties to the Amended Mutual Release and Settlement Agreement dated May 29, 2015 or the March Release are parties to the Note, except Manos and Registrant. The May 29, 2015 Settlement Agreement itself expressly recites that the Note is to be issued as consideration for the release by Manos of any claims then existing, and arising after the earlier March Release, against the Parties for “fees, salaries, wages, consulting amounts” and “for all other amounts due or claimed by Manos against [Registrant]” In any event, the March Release remains effective as to all mutual claims existing at that time.  Registrant’s common shares already traded solely on the OTC Markets (a so-called “lower exchange”) so that language in the Note also has no apparent relevance or effect.

The Note further recites that the Obligor shall be considered in default if, among other items, the “Obligor fails to timely maintain its reporting requirements with the SEC. As

of May 29, 2015, Registrant was already in default of its SEC reporting obligations for the year ended December 31, 2014 and for the quarter ended March 31, 2015 so this portion of the Note also seems to have no relevance or effect.

Registrant entered into an Agreement and Plan of Merger and Acquisition effective December 29, 2014 under which Registrant would merge with a newly formed acquisition subsidiary of, and transfer its SEC reporting and trading obligations to the proposed merger partner; would retain all of its debts and liabilities except certain specific debts to be assumed by the proposed merger partner; and would then be spun off to Gregory Manos as a private company, post-merger.  Closing was conditioned on satisfaction of a number of items, including a number of conditions contained in a Mutual Release and Settlement Agreement of the same date, and the Merger Agreement terminated by its terms if not closed by January 31, 2015.  Due to the failure of the conditions to closing, including the inability to remain current on its required periodic filings, as well as other changes in circumstances, the Merger Agreement was allowed to expire without closing.  Subsequently, the parties have continued to discuss a proposed transaction, although there is currently no signed merger agreement or other acquisition agreements between Registrant and the proposed merger partner or any other party.

(b)  Engagement of New Independent Registered Accounting Firm.  On July 15, 2015, the Board of Directors of Registrant adopted a resolution by unanimous written consent appointing Anton & Chia, LLP (“Anton & Chia”) as the Registrant’s independent accounting firm, effective immediately. Anton & Chia has been engaged as Registrant’s certifying accountants to audit its financial statements for the fiscal year ended December 31, 2014 and to review its interim financial statements for the quarters ending March 31, 2015 and June 30, 2015.  Anton & Chia is an independent accounting firm registered with the Public Company Accounting Oversight Board.

During the two most recent fiscal years and any subsequent interim period preceding such engagement, the Registrant has not consulted Anton & Chia regarding either:

The application of accounting principles to a specific completed or contemplated transaction, or the type of audit opinion that might be rendered on the Registrant’s financial statements, and no written or oral advice was provided that was an important factor considered by the Registrant in reaching a decision as to any accounting, auditing,  or financial reporting issue; or,

The Registrant requested Anton & Chia to review the disclosures contained herein prior to the filing of this report, and has provided them with the opportunity to furnish the Registrant with a letter addressed to the Commission containing any new information, clarification of the Registrant’s expression of its views, or the respects in which it does agree with the statements made by the Registrant in response to Item 304(a) of Regulation SK set forth above.  No such letter has been or will be provided. 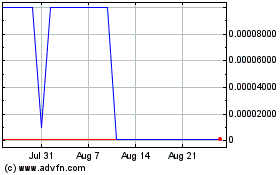 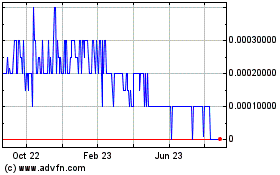 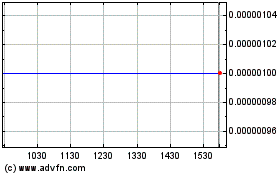