A mail-order pharmacy used by Valeant Pharmaceuticals International Inc. had a simple message for staffers charged with getting health insurers to pay up: Don't take no for an answer.

If a health insurer wouldn't work with Philidor Rx Services LLC, the pharmacy instructed staff to try again using the identification number of a partner pharmacy to secure payment. "We have a couple of different 'back door' approaches to receive payment from the insurance company," a Philidor training manual said.

Canada-based Valeant has said that Philidor and its network of pharmacies was "one of our competitive advantages," providing drugs to patients and a source of sales growth. But use of the pharmacy and its affiliates is drawing scrutiny from analysts and investors concerned about the practice's sustainability.

Some analysts say aggressive tactics could backfire, angering payers and slowing sales at a time when Valeant is under pressure to show it can grow organically and not just through acquisitions. At least one payer, Harvard Pilgrim Health Care in New England, has said that it is reviewing its relationship with Philidor.

Industry experts say Philidor's use of different ID numbers is unusual. The pharmacy's identification number "is always supposed to be connected to the actual provider putting in the claim," said John Norton, spokesman for the National Community Pharmacists Association, a trade group.

The training manual for insurance-claim processors at Philidor and other company documents reviewed by The Wall Street Journal indicate the pharmacy went to great lengths to fill prescriptions when insurers balked. Other instructions include tinkering with a drug's price, lowering it until a payer's system accepts the claim, and then raising it again to seek out a plan's maximum allowable price. Other guidance suggests billing for a lower quantity.

"Philidor is the patient's advocate in seeking to ensure that they receive the medication that was prescribed by their doctor at the lowest possible cost to them. This includes following up with insurance companies on behalf of patients," a Philidor spokesman said.

Valeant, which has asked a committee of board members to examine the company's relationship with Philidor and the pharmacy's work, declined to comment.

Questions about Valeant's business practices and its relationship with Philidor, along with federal investigations of its drug pricing and other issues, have weighed on Valeant's stock, which has lost more than half its value since peaking in August. In recent days, a short seller has accused the company of using Philidor in an accounting scheme, and former Philidor employees say Valeant staffers worked directly in the pharmacy's offices, sometimes using fake names.

Valeant said last week it acquired an option to buy Philidor last December for $100 million and has defended its accounting.

The drug maker has said that Philidor doesn't restrict prescriptions to any particular manufacturers, but former Philidor employees say nearly all of the prescriptions the pharmacy filled are for Valeant drugs.

The Philidor documents reviewed by the Journal reference only Valeant drugs by name. PowerPoint slides instructing insurance-claim processors use Carac, a Valeant drug for ultraviolet-ray damage to the skin, as an example in a slide. The training manual gives only a "Valeant Product and Program Overview," citing drugs such as Valeant's acne medicine Solodyn and toenail fungus treatment Jublia.

A bottle of 30 of Solodyn tablets can cost up to $1,040.41, according to Truven Health Analytics, which publishes average wholesale prices. An 8-milliliter bottle of Jublia costs $1,075.72.

To control spending on such pricey medicines, health insurers and companies that manage the plans' drug benefits use a variety of tools, such as directing pharmacists to substitute a lower-priced generic made by a different drug company, and asking patients to pay higher copays. Sometimes, health plans reject a claim because a drug costs too much.

Philidor used various means to lower patient copays. The training manual, which has one page dated in July 2014 and another in October 2014, outlined six different ways that Philidor staff could lower patient copays to as little as $35. "They all essentially do the same thing," the manual said, but using them individually helps Philidor "know which insurances pay better than others."

As far as overcoming rejections, the training manual advised submitting a lower quantity for certain drugs to the payer "to see" if the drugs would then get reimbursed.

The training manual discussed "back door" methods to receiving payment from insurance companies in a section on dealing with insurers "that we are not contracted with" and therefore won't pay Philidor for any medicines.

The manual directed insurance-claims processors to first submit claims using Philidor's unique identification number. If that resulted in an error message saying Philidor doesn't have a contract, the processors should use an identification number for another pharmacy, such as "our partner in California, West Wilshire Pharmacy." That pharmacy didn't respond to a request for comment.

In May 2014, California's board of pharmacy denied Philidor's application for a permit to operate as a pharmacy in the state, saying the pharmacy had made "false statements," including some that concealed Philidor's true owners and beneficiaries, according to documents from the pharmacy board. A few months later, a Delaware-registered firm affiliated with two Philidor executives bought a 10% stake in West Wilshire Pharmacy, of Los Angeles. Philidor has appealed the board's decision.

Other states where Philidor is registered as a pharmacy have taken note of the firm's troubles in California. "We're reviewing the information at hand, including the rejection in California," Cindy Hamilton, chief compliance officer at the Oklahoma State Board of Pharmacy, said Wednesday.

The PowerPoint, which isn't dated, gave step-by-step instructions on what to do when an insurance company electronically rejected a prescription because the drug cost too much. It advised rechecking the submission for any mistakes, and calling the insurance company for an override.

"If override is successful...Great!!!" the PowerPoint said.

If not, it directed tinkering with the cost of the drug until the insurance company agreed to pay. Specifically, the manual advised dropping the drug's cost in $500 increments. "until paid and then increase by $100 to get as close as possible to the max amount allowed by the insurance company."

Write to Jonathan D. Rockoff at Jonathan.Rockoff@wsj.com and Jeanne Whalen at jeanne.whalen@wsj.com 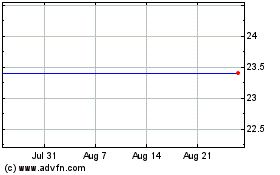 Valeant Pharma (NYSE:VRX)
Historical Stock Chart
From May 2021 to May 2022 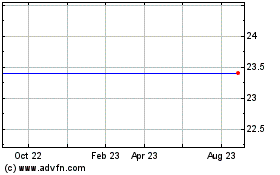 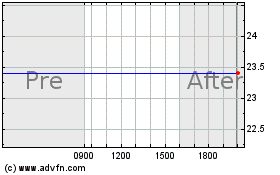