(Name of issuer of the securities held pursuant to the plan)

Participants and the Employee Benefit Plans

Opinion on the Financial Statements

These financial statements are the responsibility of the Plan’s management. Our responsibility is to express an opinion on the Plan’s financial statements based on our audits. We are a public accounting firm registered with the Public Company Accounting Oversight Board (United States) (“PCAOB”) and are required to be independent with respect to the Plan in accordance with the U.S. federal securities laws and the applicable rules and regulations of the Securities and Exchange Commission and the PCAOB.

We have served as the Plan’s auditor since 2007.

STATEMENT OF CHANGES IN NET ASSETS AVAILABLE FOR BENEFITS

1. Description of the Plan

The following description of the NextEra Energy, Inc. Employee Retirement Savings Plan (the Plan) provides only general information. Participating employees (Participants) should refer to the Summary Plan Description (SPD) (as updated periodically through Summaries of Material Modifications) for a more complete description of the Plan and up-to-date information regarding participating subsidiaries and differing vesting, employer contribution and employee contribution schedules.

The Plan is a defined contribution plan subject to the provisions of the Employee Retirement Income Security Act of 1974, as amended (ERISA). The Plan includes a cash or deferred arrangement (Pretax Option) permitted by Section 401(k) of the Internal Revenue Code of 1986, as amended (the Code). The Pretax Option permits Participants to defer federal income taxes on their contributions (Pretax Contributions) until such contributions are distributed from the Plan.

The Plan contains employee stock ownership plan (ESOP) provisions. The ESOP component is a stock bonus plan within the meaning of U.S. Treasury Regulation Section 1.401-1(b)(1)(iii), which is qualified under Section 401(a) of the Code and is designed to invest primarily in the common stock, par value $.01 per share, of the Company (Company Stock).

Administration of the Plan

The Plan allows for combined pretax and/or Roth after-tax contributions by eligible employees up to the limit under Code Section 402(g), in whole percentages of up to 50% of their eligible earnings, as defined by the Plan (50% Limit). In addition, eligible employees age 50 or older who contributed the maximum annual amount allowable under the pretax and/or Roth after-tax options in the Plan have the option of contributing an additional pretax catch-up contribution or Roth catch-up contribution in accordance with Code Section 414(v). The Plan also allows for traditional after-tax contributions up to the 50% Limit. Participants may also make rollover contributions which represent distributions from other qualified plans or individual retirement accounts.

Participants can elect to invest in any combination of different investment options offered under the Plan. Participants may change their investment elections daily, subject to Fidelity’s excessive trading policy and the Plan’s limitations on investments in Company Stock.

Forfeitures of non-vested Company matching contributions due to termination of employment may be used to restore amounts previously forfeited or to reduce the amount of future Company matching contributions to the Plan or may be applied to administrative expenses. Forfeitures used to reduce Employer contributions in 2019 totaled $2,121,489 and forfeitures applied to administrative fees in 2019 totaled $312,112. At December 31, 2019 and 2018, the balance of the forfeiture account was $300,512 and $223,186, respectively.

Participants are immediately 100% vested in employee contributions. Participants should refer to the SPD for the vesting schedules for Company matching contributions. Upon death, total and permanent disability or certain other circumstances an employee may become 100% vested. In addition, in certain circumstances, such as acquisitions or divestitures, the Plan may recognize previous service for vesting purposes.

In general, each Participant may borrow from his or her account a minimum of $1,000 up to a maximum of $50,000 or 50% of the vested value of the account (reduced by any outstanding loans), whichever is less. The vested portion of a Participant’s account will be pledged as security for the loan. Participants may not have more than two loans outstanding from the Plan at any time. Most Participant loans have a fixed annual interest rate based on the prime rate which is updated quarterly. Loans outstanding at December 31, 2019 carry an interest rate of 3.25% to 7.25% and mature between 2020 and 2033. Participants should refer to the SPD for a description of eligible participant loans.

Withdrawals by Participants from their accounts during their employment are permitted with certain penalties and restrictions. The penalties may limit a Participant’s contributions to the Plan for varying periods following a withdrawal. Upon termination from employment, Participants are eligible to receive a distribution of the full value of their vested account balance. Terminated Participants can elect to receive a full payment, partial payments, or installments over a period of up to ten years.

The Company pays a portion of the administrative expenses of the Plan. Additionally, Plan participants pay a fee of $61 per year to cover some of the administrative expenses of the Plan. All other expenses are paid directly by the Plan through forfeitures or revenue sharing that the Plan receives either directly or indirectly from certain of the Plan’s investment options. Any fees paid directly by the Company are not included in the financial statements.

On January 1, 2019, the Company acquired Gulf Power from The Southern Company. On the date of the Gulf Power acquisition, eligible employees were able to begin deferrals into the Plan and could rollover 401(k) account balances from The Southern Company plan. The acquisition resulted in a 5% increase in total Plan participants and approximately $46 million in rollover contributions to the Plan.

On July 16, 2019 the Company acquired Trans Bay Cable, LLC (TBC). Subsequently, the TBC 401(K) Plan was merged with the Plan resulting in an interplan transfer of all accounts and outstanding loans in the amount of $3,921,030.

Although it has not expressed any intent to do so, the Company has the right under the Plan to discontinue its contributions at any time and to terminate the Plan subject to the provisions of ERISA. In the event of Plan termination, Participants will become 100% vested in their accounts.

The financial statements of the Plan are prepared under the accrual basis of accounting in conformity with accounting principles generally accepted in the United States of America.

The preparation of financial statements requires management to make estimates and assumptions that affect the reported amounts of assets, liabilities, and changes therein, and disclosure of contingent assets and liabilities. Actual results could differ from those estimates.

In some cases, a valuation approach used to measure fair value may include inputs from multiple levels of fair value hierarchy. The lowest level of significant input determines the placement of the entire fair value measurement in the hierarchy.

The Plan recognizes transfers into and out of fair value hierarchy levels at the beginning of the period.

The following are descriptions of the valuation methods and assumptions used by the Plan to estimate the fair values of investments held by the Plan.

The following is a description of the valuation methods and assumptions used by the Plan to report the contract value of the fully benefit-responsive synthetic guaranteed investment contracts held by the Plan.

Benefits distributed to Participants are recorded when paid.

Participant loans are reported at their unpaid principal balance plus any accrued but unpaid interest, with no allowance for credit losses, as repayments of principal and interest are received through payroll deductions and the loans are collateralized by the Participants’ account balances in the Plan.

The “Nonparticipant-Directed” net assets of the Plan and changes therein represent Employer contributions into the ESOP component of the Plan. Participants have the option to reinvest nonparticipant-directed shares daily among any of the other investment options available under the Plan.

Parties-in-interest are defined under Department of Labor (DOL) regulations as any fiduciary of the Plan, any party rendering service to the Plan, the Employer, and certain others.

The following table sets forth by level, within the fair value hierarchy, the Plan’s assets that are measured at fair value on a recurring basis as of December 31, 2019:

During the 2019 Plan year there were no transfers between investment levels.

The following table sets forth by level, within the fair value hierarchy, the Plan’s assets that are measured at fair value on a recurring basis as of December 31, 2018:

During the 2018 Plan year there were no transfers between investment levels.

On June 17, 2015, the Internal Revenue Service (IRS) made a favorable determination that the Plan meets the requirements of Section 401(a) of the Code. The Plan has been amended since receiving the favorable determination letter and due to expiry of the determination letter program, no new letter is expected. The Company and the plan administrator believe that the Plan is currently designed and operated in material compliance with the applicable requirements of the Code and that the Plan continues to be tax-exempt. The Trust established under the Plan will generally be exempt from federal income taxes under Section 501(a) of the Code; Company contributions paid to the Trust under the Plan will be allowable federal income tax deductions of the Company subject to the conditions and limitations of Section 404 of the Code; and the Plan meets the requirements of Section 401(k) of the Code allowing Pretax Contributions to be exempt from federal income tax at the time such contributions are made, provided that in operation the Plan and Trust meet the applicable provisions of the Code. Participants are given the option to receive dividend distributions on Company Stock in cash; all vested dividends earned by Participants are deductible by the Company.

Accounting principles generally accepted in the United States of America require plan administrators to evaluate tax positions taken by the Plan. The plan administrator has analyzed the tax positions taken by the Plan, and has concluded that as of December 31, 2019 and 2018, respectively, there are no uncertain positions taken or expected to be taken that would require recognition of a liability (or asset) or disclosure in the financial statements. The Plan is subject to routine regulatory audits. Currently, there are no tax audits for any tax periods in progress and the plan administrator believes it is no longer subject to tax audits for periods prior to 2017. A DOL audit is currently in progress for plan years after 2014.

In March 2020, the World Health Organization declared the outbreak of the novel coronavirus (COVID-19) as a pandemic. The outbreak has negatively impacted economies and global financial markets, and the fair value of the Plan’s investments. We cannot predict at this time whether COVID-19 will have a material adverse impact due to the uncertainty of the duration and impact of this pandemic.

Pursuant to the requirements of the Securities Exchange Act of 1934, the Employee Benefit Plans Administrative Committee has duly caused this annual report to be signed on its behalf by the undersigned hereunto duly authorized. 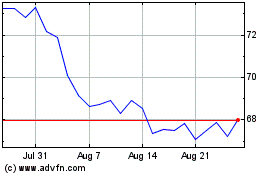 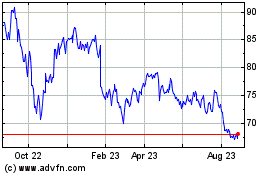 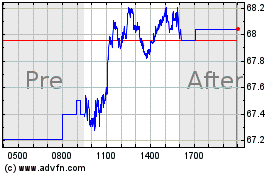