Alector, Inc. (Nasdaq: ALEC), a clinical-stage biotechnology company pioneering immuno-neurology, announced the publication of preclinical and preliminary Phase 1 clinical data of AL002, a TREM2 activating antibody, in The Journal of Experimental Medicine. The paper elucidates how a variant of AL002 reduces pathology in an Alzheimer’s disease mouse model and induces a novel transcriptional signature in microglia associated with proliferation, and it includes data from the AL002 Phase 1 clinical trial that demonstrates target engagement in healthy volunteers and AL002’s overall safety profile. The paper, “Anti-human TREM2 antibody induces microglia proliferation and reduces pathology in an Alzheimer's Disease model,” was carried out in collaboration with Marco Colonna, M.D. at Washington University in St. Louis and can be accessed here.

“This publication is a culmination of years of research by the Alector team and our academic collaborators,” said Robert Paul, M.D., Ph.D., Chief Medical Officer of Alector. “Specifically, the data show that antibody-mediated engagement of TREM2 enhances neuroprotective microglia and restrains neurotoxic plaques and neuronal damage in an Alzheimer’s disease mouse model. Together with the safety and target engagement data from our Phase 1 trial of AL002, these results provide strong support for continued development of AL002 as a potential treatment for Alzheimer’s disease. We look forward to the expected initiation of a Phase 2 trial of AL002 later this year.”

Highlights of the findings from the Preclinical Study:

About AL002 AL002 is a monoclonal antibody that targets a triggering receptor expressed on myeloid cells 2 (TREM2) with the strongest genetic links after APOE4 to sporadic Alzheimer’s disease. TREM2 is a transmembrane receptor expressed on a subset of innate immune cells and selectively on microglia, which constitute the brain’s immune system. TREM2 is thought to promote improved cell migration to the site of injury, improved cell survival, increased phagocytosis, and increased cell proliferation. Loss of TREM2 function leads to Alzheimer's disease and other forms of dementia and research suggests that boosting TREM2 levels in the brain may prevent or reduce the severity of neurodegenerative disorders.

Under the terms of the agreement, Alector granted AbbVie an exclusive option to global development and commercialization for two programs, including TREM2. For each program, Alector is responsible for the design and execution of Phase 1 and Phase 2 studies, leveraging the Company’s in-house expertise in running clinical trials in Alzheimer’s disease. Following its exercise of an option for a program, AbbVie will be responsible for certain development activities and global commercialization. The terms of the agreement included an initial upfront payment of $205M in cash and $20M in equity and if AbbVie exercises its option for either program (or both programs), Alector is eligible for additional option exercise and milestone payments totaling up to $986M. Following AbbVie’s exercise of its option, Alector and AbbVie will share the development costs and will split global profits equally after marketing approval. About Alzheimer’s Disease Alzheimer’s disease is a degenerative brain disease and the most common form of dementia. It is an irreversible, progressive brain disorder that slowly destroys memory and thinking skills, and eventually the ability of patients to care for themselves. In most people with Alzheimer’s disease, symptoms first appear in their mid-60s. The Alzheimer’s Association estimates that as of 2018, there are 5.7 million Americans suffering from Alzheimer’s disease, and projects that number will rise to nearly 14 million by 2050.

About Alector Alector is a clinical stage biotechnology company pioneering immuno-neurology, a novel therapeutic approach for the treatment of neurodegenerative diseases. Immuno-neurology targets immune dysfunction as a root cause of multiple pathologies that are drivers of degenerative brain disorders. Alector is developing a broad portfolio of programs designed to functionally repair genetic mutations that cause dysfunction of the brain’s immune system and enable the rejuvenated immune cells to counteract emerging brain pathologies. The Company’s product candidates are supported by biomarkers and target genetically defined patient populations in frontotemporal dementia and Alzheimer’s disease. Alector is headquartered in South San Francisco, California. For additional information, please visit www.alector.com.

Forward-Looking StatementsThis press release contains forward-looking statements within the meaning of the Private Securities Litigation Reform Act of 1995. Such statements are subject to numerous important factors, risks and uncertainties that may cause actual events or results to differ materially from current expectations and beliefs, including but not limited to risks and uncertainties related to the Company’s plans for and anticipated benefits and mechanism of the Company’s product candidates, the timing and objectives of the Company’s clinical studies and anticipated regulatory and development milestones, Alector and its business as set forth in Alector’s Annual Report on Form 10-Q filed with the Securities and Exchange Commission (the “SEC”) on May 13, 2020, as well as the other documents Alector files from time to time with the SEC. These documents contain and identify important factors that could cause the actual results for Alector to differ materially from those contained in Alector’s forward-looking statements. Any forward-looking statements contained in this press release speak only as of the date hereof, and Alector specifically disclaims any obligation to update any forward-looking statement, except as required by law. 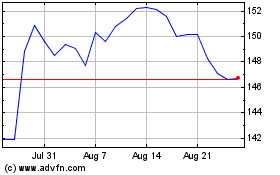 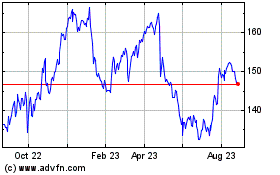 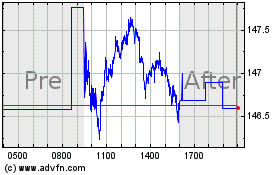