Highlights of and subsequent to the second quarter of 2020 include:

“We are satisfied with the progress we made during the second quarter” said Larry Jasinski, Chief Executive Officer of ReWalk, “Although we face challenges due to the impact of COVID-19, we were able to complete deliveries in Germany and the U.S., We have achieved a quarterly record gross margin, during July, we started promoting our two new distributed product lines and we set the basis for U.S. reimbursement with the achievement of the CMS code. We believe we are on the right track to improve our operating results and market value.”

Total revenue was $1.7 million for the second quarter of 2020, compared to $0.9 million during the prior year quarter. The increase was mainly due to a higher number of ReWalk Personal 6.0 units sold in Germany and the U.S which included several units that we could not complete their delivery during the first quarter of 2020 because of the Covid-19 restrictions.

Gross margin was 61.3% during the second quarter of 2020, compared to 49.6% in the prior year quarter. The increase is primarily due to higher number of units placed and increase in average selling price.

Total operating expenses in the second quarter of 2020 were $3.6 million, compared to $4.7 million in the prior year quarter. The decrease was mainly due to lower R&D spend as we completed the development of our ReStore® device.

Non-GAAP net loss was $2.7 million for the second of 2020 compared to $4.2 million during the prior year quarter. Reconciliation of net loss to non-GAAP net loss is included at the end of this press release.

As of June 30, 2020, ReWalk had $14.1 million in cash on its balance sheet and $4.8 million in short- and long-term debt. During July ReWalk closed a registered direct offering of ordinary shares and a concurrent private placement of unregistered warrants to purchase ordinary shares for approximately $9 million in gross proceeds.

The archived webcast will be available via the following URL https://edge.media-server.com/mmc/p/5i2w4ds5  or through the 'Investors' section' on www.rewalk.com.

ReWalk Robotics Ltd. develops, manufactures, and markets wearable robotic exoskeletons for individuals with lower limb disabilities as a result of spinal cord injury or stroke.  ReWalk’s mission is to fundamentally change the quality of life for individuals with lower limb disability through the creation and development of market leading robotic technologies. Founded in 2001, ReWalk has headquarters in the U.S., Israel, and Germany. For more information on the ReWalk systems, please visit www.rewalk.com.

ReWalk® is a registered trademark of ReWalk Robotics Ltd. in Israel and the United States.

ReStore® is a registered trademark of ReWalk Robotics Ltd. in Europe and an allowed trademark in the United States.

In addition to historical information, this press release contains forward-looking statements within the meaning of the U.S. Private Securities Litigation Reform Act of 1995, Section 27A of the U.S. Securities Act of 1933, and Section 21E of the U.S. Securities Exchange Act of 1934. Such forward-looking statements may include projections regarding ReWalk’s future performance and other statements that are not statements of historical fact and, in some cases, may be identified by words like “anticipate,” “assume,” “believe,” “continue,” “could,” “estimate,” “expect,” “intend,” “may,” “plan,” “potential,” “predict,” “project,” “future,” “will,” “should,” “would,” “seek” and similar terms or phrases. The forward-looking statements contained in this press release are based on management’s current expectations, which are subject to uncertainty, risks and changes in circumstances that are difficult to predict and many of which are outside of ReWalk’s control. Important factors that could cause ReWalk’s actual results to differ materially from those indicated in the forward-looking statements include, among others: ReWalk’s management’s conclusion, and its independent registered public accounting firm’s statement in its opinion relating to its consolidated financial statements for the fiscal year ended December 31, 2019, that there is a substantial doubt as to the Company’s ability to continue as a going concern; the current COVID-19 pandemic has adversely affected and may continue to affect adversely  business and results of operations; ReWalk’s ability to have sufficient funds to meet certain future capital requirements, which could impair the Company’s efforts to develop and commercialize existing and new products;  ReWalk’s ability to maintain compliance with the continued listing requirements of the Nasdaq Capital Market and the risk that its ordinary shares will be delisted if it cannot do so;  ReWalk’s ability to establish a pathway to commercialize its products in China; ReWalk’s ability to maintain and grow its reputation and the market acceptance of its products; ReWalk’s ability to achieve reimbursement from third-party payors for its products; ReWalk’s limited operating history and its ability to leverage its sales, marketing and training infrastructure; ReWalk’s expectations as to its clinical research program and clinical results; ReWalk’s expectations regarding future growth, including its ability to increase sales in its existing geographic markets and expand to new markets; ReWalk’s ability to obtain certain components of its products from third-party suppliers and its continued access to its product manufacturers; ReWalk’s ability to repay its secured indebtedness; ReWalk’s ability to improve its products and develop new products; the outcome of ongoing shareholder class action litigation relating to its initial public offering; ReWalk’s compliance with medical device reporting regulations to report adverse events involving the Company’s products, which could result in voluntary corrective actions or enforcement actions such as mandatory recalls, and the potential impact of such adverse events on ReWalk’s ability to market and sell its products; ReWalk’s ability to gain and maintain regulatory approvals; ReWalk’s expectations as to the results of, and the Food and Drug Administration’s potential regulatory developments with respect to its mandatory 522 postmarket surveillance study; ReWalk’s ability to maintain adequate protection of its intellectual property and to avoid violation of the intellectual property rights of others; the risk of a cybersecurity attack or breach of the Company’s IT systems significantly disrupting its business operations; the impact of substantial sales of the Company’s shares by certain shareholders on the market price of the Company’s ordinary shares; ReWalk’s ability to use effectively the proceeds of its offerings of securities; the risk of substantial dilution resulting from the periodic issuances of ReWalk’s ordinary shares; the impact of the market price of the Company’s ordinary shares on the determination of whether it is a passive foreign investment company; and other factors discussed under the heading “Risk Factors” in ReWalk’s annual report on Form 10-K for the year ended December 31, 2019 filed with the SEC and other documents subsequently filed with or furnished to the SEC. Any forward-looking statement made in this press release speaks only as of the date hereof. Factors or events that could cause ReWalk’s actual results to differ from the statements contained herein may emerge from time to time, and it is not possible for ReWalk to predict all of them. Except as required by law, ReWalk undertakes no obligation to publicly update any forward-looking statements, whether as a result of new information, future developments or otherwise. 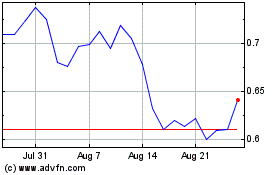 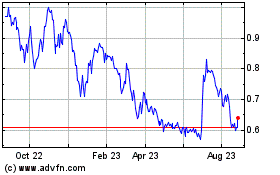 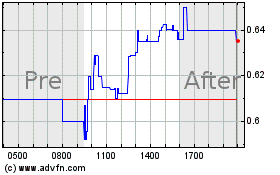