BEIJING, Jan. 19, 2021 /PRNewswire/ -- Fang Holdings Limited (NYSE: SFUN) ("Fang" or the "Company"), a leading real estate Internet portal in China, today announced changes in its board of directors (the "Board") and management.

Change in Board of Directors

The Board has nominated and appointed Mr. Jian Liu ("Mr. Liu"), Fang's chief executive officer, as a director of the Board, effective from January 19, 2021. Ms. Zhizhi Gong ("Ms. Gong"), a director of the Board, has resigned from the Board, effective from January 19, 2021. Ms. Gong's resignation did not result from any disagreement with the Company on any matter relating to the Company's operations, policies or practices. Fang thanks Ms. Gong for her efforts and contributions to the Company.

Upon the effectiveness of Mr. Liu's appointment and Ms. Gong's resignation, the Board will consist of five directors, including three independent directors.

Mr. Shihang Dong  ("Mr. Dong") has been appointed as Fang's president to replace Mr. Liu, effective from January 19, 2021. Mr. Liu will continue to serve as the chief executive officer in charge of the general management of the Company.

Mr. Dong joined Fang in 2014 and has since accumulated extensive experience in the Company. In particular, Mr. Dong has served as the vice president of the Company and the general manager of the Company's new home business in 2019 and 2020, respectively.

Mr. Peng Cui ("Mr. Cui") has been appointed as Fang's acting chief financial officer to replace Mr. Ke Wang ("Mr. Wang"), effective from January 19, 2021. Mr. Wang has resigned from the Company for personal reasons. His resignation did not result from any disagreement with the Company on any matter relating to the Company's operations, policies or practices. Fang thanks Mr. Wang for his efforts and contributions to the Company.

Mr. Cui has served as the deputy general manager of the capital market department of Fang since May 2020. Prior to joining the Company, Mr. Cui served in the assurance department of PricewaterhouseCoopers LLP San Francisco Office from January 2019 to February 2020. From December 2018 to December 2019, Mr. Cui served as a senior consultant in the transaction advisory service department of Ernst & Young (China) Advisory Ltd. From August 2017 to December 2018, Mr. Cui served as a finance manager at UBS (China) Limited. From October 2012 to July 2017, Mr. Cui served at multiple positions, including the last position as a senior assurance associate, at PricewaterhouseCoopers Zhongtian LLP. Mr. Cui received his bachelor's degree in economics from Tianjin University of Science and Technology in 2007, and a master's degree in business administration from the San Francisco State University in 2011. Mr. Cui is a regular member of the American Institute of Certified Public Accountants.

Fang operates a leading real estate Internet portal in China in terms of the number of page views and visitors to its websites. Through its websites, Fang provides primarily marketing, listing, leads generation and financial services for China's fast-growing real estate and home furnishing and improvement sectors. Its user-friendly websites support active online communities and networks of users seeking information on, and value-added services for, the real estate and home furnishing and improvement sectors in China. Fang currently maintains approximately 74 offices to focus on local market needs and its website and database contains real estate related content covering 665 cities in China. For more information about Fang, please visit http://ir.fang.com. 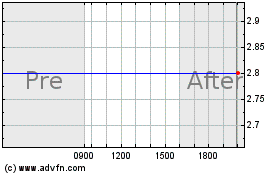