Jon Isaac, Live Ventures’ President and CEO, said that, “Eliminating the term loan obligation and associated interest expense represents a significant milestone for our company. What originally began as a $30 million term loan in connection with our acquisition of Vintage Stock, and subsequently refinanced at $24 million, has now been fully repaid. By eliminating the drag of interest expense, we are in a stronger position to deploy cash to other initiatives, such as new acquisitions.”

In the company’s January 13, 2021 earnings release, Mr. Isaac had noted that Vintage Stock weathered the Covid-19 crisis through various strategic actions. Though its stores had to close for an average 45 days, “Vintage Stock took advantage of the closures to implement effective cost cutting initiatives, including reducing store hours and headcount, cutting rent, and improving the efficiency of processes.” At the same time, the forced shuttering of arenas, theaters and other out-of-home venues around the nation raised demand for Vintage Stock’s new and used in-home entertainment merchandise. 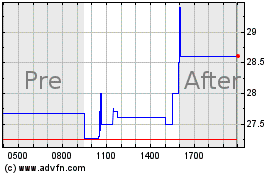