THIS ANNOUNCEMENT AND THE INFORMATION CONTAINED HEREIN IS RESTRICTED AND IS NOT FOR RELEASE, PUBLICATION OR DISTRIBUTION, IN WHOLE OR IN PART, DIRECTLY OR INDIRECTLY, IN, INTO OR FROM THE UNITED STATES, AUSTRALIA, CANADA, JAPAN, THE REPUBLIC OF SOUTH AFRICA OR ANY OTHER JURISDICTION IN WHICH SUCH RELEASE, PUBLICATION OR DISTRIBUTION WOULD BE UNLAWFUL. PLEASE SEE THE IMPORTANT NOTICES AT THE OF THIS ANNOUNCEMENT.

THIS ANNOUNCEMENT CONTAINS INSIDE INFORMATION for the purposes of Article 7 of the Market Abuse Regulation (EU) 596/2014 as it forms part of UK domestic law by virtue of the European Union (Withdrawal) Act 2018 ("MAR"), and is disclosed in accordance with the Company's obligations under Article 17 of MAR.

Union Jack Oil plc (AIM: UJO), a UK-focused onshore hydrocarbon production, development and exploration company, is pleased to announce that it has raised GBP3 million by way of a placing of 13,636,364 new ordinary shares of 5 pence each ("New Ordinary Shares") at a price of 22 pence per New Ordinary Share (the "Placing").

In light of the excellent performance at Wressle where flow rates in excess of 950 barrels of oil equivalent per day have been achieved, and the potential untapped upside, the Board has decided to continue to focus on its core projects at Wressle, West Newton and Biscathorpe while also progressing its other existing production and appraisal projects. The Placing will be principally applied to upgrade the Wressle producing assets to expand future cashflow generation and to fund the planned side-track well at Biscathorpe.

The Company intends to use the net proceeds of the Placing to:

-- expand the oil production facilities at Wressle that has achieved rates from the Ashover Grit reservoir of 884 barrels of oil per day ("bopd") on a significantly restricted choke setting, with high wellhead flowing pressure and with zero water cut;

-- drill the planned side-track well on Biscathorpe in 2022, which the Company believes to be one of the UK's largest onshore un-appraised conventional hydrocarbon targets; and

In making its ongoing commitment to fund its core projects, the Board has decided not to pursue the acquisition of a further 25% interest in the Claymore Piper Complex Royalty Units that was previously disclosed in the Interim Results released on 13 September 2021.

Completion of the Placing is conditional upon admission of the New Ordinary Shares to trading on AIM ("Admission").

Application has been made to the London Stock Exchange for the New Ordinary Shares to be admitted to trading on AIM and it is expected that Admission will take place and that trading will commence on or around 8:00 a.m. on 28 September 2021. The New Ordinary Shares will rank pari passu in all respects with the existing ordinary shares.

Following Admission, the Company's share capital and total voting rights will comprise 112,715,896 Ordinary Shares. The Company does not hold any shares in treasury. Consequently, 112,715,896 is the figure which may be used by shareholders as the denominator for the calculation by which they will determine if they are required to notify their interest in, or a change to their interest in, the Company under the Financial Conduct Authority's Disclosure and Transparency Rules.

This Announcement should be read in its entirety. In particular, you should read and understand the information provided in the "Important Notices" section of this Announcement.

No action has been taken by the Company or any other person that would permit an offer of the New Ordinary Shares or possession or distribution of this announcement, the Prospectus or any other documentation or publicity material or the Application Forms in any jurisdiction where action for that purpose is required, other than in the United Kingdom.

The New Ordinary Shares have not been and will not be registered under the relevant laws of any state, province or territory of any Restricted Jurisdiction and may not be offered, sold, resold, taken up, transferred, delivered or distributed, directly or indirectly, within any Restricted Jurisdiction except pursuant to an applicable exemption from registration requirements. There will be no public offer of the New Ordinary Shares in Australia, Canada, Japan, or the Republic of South Africa.

The Bookrunner is authorised and regulated in the United Kingdom by the Financial Conduct Authority, are acting exclusively for the Company and no one else in connection with the Placing and will not regard any other person (whether or not a recipient of this announcement) as a client in relation to the Placing and will not be responsible to anyone other than the Company for providing the protections afforded to its clients or for providing advice in relation to the Placing or any matters referred to in this announcement.

Apart from the responsibilities and liabilities, if any, which may be imposed on the Bookrunner by the Financial Services and Markets Act 2000 or the regulatory regime established thereunder, the Bookrunner do not accept any responsibility whatsoever for the contents of this announcement, and make no representation or warranty, express or implied, for the contents of this announcement, including its accuracy, completeness or verification, or for any other statement made or purported to be made by it, or on their behalf, in connection with the Company or the New Ordinary Shares or the Placing, and nothing in this announcement is or shall be relied upon as, a promise or representation in this respect whether as to the past or future. The Bookrunner accordingly disclaim to the fullest extent permitted by law all and any liability whether arising in tort, contract or otherwise (save as referred to above) which it might otherwise have in respect of this announcement or any such statement.

This announcement should not be considered a recommendation by the Company, the Bookrunner or any of their respective directors, officers, employees, advisers or any of their respective affiliates, parent undertakings, subsidiary undertakings or subsidiaries of their parent undertakings in relation to any purchase of or subscription for the New Ordinary Shares. Price and volumes of, and income from, securities may go down as well as up and an investor may not get back the amount invested. It should be noted that past performance is no guide to future performance.

You are advised to read this announcement and, once available, the Prospectus and the information incorporated by reference therein, in their entirety for a further discussion of the factors that could affect the Group's future performance and the industry in which it operates. Persons needing advice should consult an independent financial adviser.

All references to time in this announcement are to London time, unless otherwise stated. 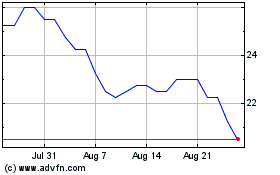 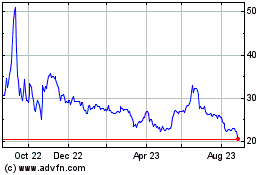 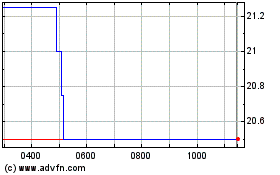