As we stated in our letter to you dated August 15, 2019, we believe that Robert B. Saucier and Robert Pietrosanto’s purported Blue Proxy campaign is an invalid attempt to elect directors who will undo the redemption transaction through which he was removed as a shareholder of Galaxy Gaming, Inc. (“Galaxy” or the “Company”). We believe that there will be serious negative consequences to the Company and its shareholders if Mr. Saucier becomes associated with Galaxy again, and we want you to be aware of them as you consider how to vote your shares.
Galaxy Depends on Gaining and Maintaining Privileged Gaming Licenses
Galaxy serves the regulated casino gaming business in markets around the world. In most of these jurisdictions, Galaxy must be found suitable to receive a license to provide its products and services to the gaming locations in those jurisdictions. In general, in order for a company to be found suitable for a license, all of its executive officers and board members, as well as any individuals or entities that hold voting shares in an amount that exceeds a certain ownership threshold, must be found suitable individually. The thresholds vary by jurisdiction, but even 5% ownership can trigger a licensing obligation in certain markets, including several of those important to the Company. In addition, many jurisdictions retain discretion to demand a suitability finding for a shareholder with any amount of shares who acts in a manner whereby they are considered more than a passive investor.
All of Galaxy’s officers and directors – and those stockholders who have been required to apply – have routinely been found suitable under the applicable regulatory standards without impacting Galaxy’s gaming licenses. However, Mr. Saucier has not been routinely found suitable. As described in the Company’s various SEC filings, Mr. Saucier’s regulatory difficulties are what led to his departure as a director and officer of the Company and the determination of the Company’s Board of Directors (the “Board”) to redeem all of the shares of stock held by Mr. Saucier and his affiliates.
Mr. Saucier’s Licensing Difficulties are Longstanding
Over the years, Mr. Saucier has had regulatory problems in several jurisdictions, including Oregon and Washington. But the most significant difficulties Mr. Saucier has had are with the gaming regulators in California and Nevada, which are among the largest target markets for Galaxy’s products and services in the United States.

California
Mr. Saucier and Galaxy Gaming of California, LLC (a former subsidiary of Galaxy) filed a licensing application in 2002 with the California Gambling Control Commission (the “Commission”). After an eleven-year-long investigation, and as part of an extensive administrative law hearing resulting in an 103 page opinion, on July 11, 2013 the Commission denied Mr. Saucier’s and Galaxy of California’s applications on the basis that Mr. Saucier was unsuitable for licensure under California law. Among other things, the Administrative Law Judge stated:
“Mr. Saucier’s repeated acts of dishonesty and evasiveness raise serious questions about the likelihood that he would continue to engage in such conduct in the future, if he found himself in similar circumstances.”
The California Casino Control Commission adopted the Administrative Law Judge’s decision as its decision. Thereafter, Galaxy and Mr. Saucier challenged the ruling and took a number of legal actions to attempt to overturn the finding. Those actions were additionally detrimental to the ability of Galaxy to be licensed in California.
The ruling - and many of the Administrative Law Judge’s negative findings about Mr. Saucier - was picked up by gaming regulators across the country, with the result that California’s decision appeared to become prejudicial to future applications made by Galaxy and Mr. Saucier.
Galaxy and Mr. Saucier filed a second application for a finding of suitability in California in 2014. Despite the passage of another five years and the expenditure of significant sums of money, California has delayed Galaxy’s licensure as a result of Saucier’s then-existing relationship with the Company. We believe that if Mr. Saucier is again associated with the Company it would not be able to obtain licensing in California.
Nevada
Prior to 2013, Galaxy conducted business in Nevada without the need to have a license. However, driven in large part by the California actions, the Nevada Gaming Control Board took the unusual step in late 2013 of requiring Galaxy to file for manufacturer’s and distributor’s licenses and for Mr. Saucier to file for a personal finding of suitability. Over the course of the next four years, and at significant cost to the Company, Galaxy responded to Nevada regulators’ request for information. In July 2017, Galaxy’s application was placed on the Nevada Gaming Control Board (“GCB”) agenda, and the hearing was - to our knowledge - the longest single agenda item in GCB history, lasting more than eight hours over two days. One of the members of the GCB called Mr. Saucier’s application a “train wreck,” and the Chairman of the GCB indicated his support for a motion of denial.
When it became clear that the GCB would not recommend Galaxy for licensing, the Company asked the GCB to table the license hearing so that it could consider alternatives, which request was granted. The next day, two of the Company’s largest clients, having read news accounts of the GCB hearing, threatened to terminate business with Galaxy if something was not done to remedy these issues. Under pressure from regulators and clients, Mr. Saucier stepped down as Chairman of the Board and as CEO, and reduced his ability to have voting control of the Company. Following these changes, in September 2017, the GCB awarded Galaxy its licenses but did not find Mr. Saucier suitable. His application was referred back to staff for more review.

Today, more than two years after the July 2017 hearings, Mr. Saucier still has not been found suitable by Nevada.
The impact of Mr. Saucier’s effect on Galaxy’s licenses is further clearly illustrated by the actions of gaming regulators in Maryland and Wisconsin. Prior to the redemption, those regulators had indicated their unwillingness to recommend Galaxy for licensure while Mr. Saucier remained associated with the Company. Within a month of the redemption of Mr. Saucier’s shares, the Company received licenses in Maryland and Wisconsin.
The Hidden Agenda Behind Mr. Pietrosanto’s and Mr. Saucier’s Proxy Campaign Could Spell Disaster for Galaxy and its Shareholders
Since Mr. Saucier and Mr. Pietrosanto’s proxy materials go to great lengths to condemn the redemption transaction, it seems logical to assume that the director nominees share that view – otherwise why would Messrs. Pietrosanto and Mr. Saucier have nominated them? The Company believes that their director nominees would, if elected, unwind the redemption and return Mr. Saucier to his status as a controlling stockholder of the Company. The Company believes that the consequences of Mr. Saucier returning as a shareholder would be detrimental. In short, an individual whose character and past actions that have hindered Galaxy’s previous ability to receive and maintain its gaming licenses that are fundamental to Galaxy’s business, would once again be a major stockholder of Galaxy, and - as such - be back on the radar screen of gaming regulators nationwide. At a minimum, the Company’s recently received licenses could be revoked. Most importantly, it is almost a certainty that the Company would not receive a license in California, and it is very likely that Nevada will reactivate its review of Mr. Saucier’s personal application. If Nevada were to find Mr. Saucier unsuitable, Galaxy would be unable sell its products in Nevada unless Mr. Saucier were to once again cease being a shareholder of the Company. And the adverse effects might not be limited to California and Nevada; their actions could start a domino effect of license withdrawals around the country. In that circumstance, it may be a foot race to see who can dump Galaxy faster – gaming regulators or the Company’s customers.
We urge you to vote for the Board’s recommendations on the white proxy card.
Sincerely,
Forward-Looking Statements
Certain statements in this letter may constitute forward-looking statements, which involve a number of risks and uncertainties. Galaxy cautions readers that any forward-looking information is not a guarantee of future performance and that actual results could differ materially from those contained in the forward-looking information due to a number of factors, including those listed from time to time in reports that Galaxy files with the Securities and Exchange Commission.

Important Information
Galaxy has filed with the SEC and furnished to its stockholders a Proxy Statement in connection with the 2019 Annual Meeting on July 29, 2019, and advises its stockholders to read the Proxy Statement relating to the 2019 Annual Meeting because it contains important information. Stockholders may obtain a free copy of the Proxy Statement and other documents (when available) that Galaxy files with the SEC at the SEC’s website at www.sec.gov. The Proxy Statement and these other documents may also be obtained for free from Galaxy by directing a request to Galaxy Gaming, Inc., Attn: Investor Relations, 6767 Spencer Street, Las Vegas, Nevada 89119.
Certain Information Concerning Participants
Galaxy, its directors and named executive officers may be deemed to be participants in the solicitation of Galaxy’s stockholders in connection with the 2019 Annual Meeting. Stockholders may obtain information regarding the names, affiliations, and direct and indirect interests, by security holdings or otherwise of such individuals in Galaxy’s Proxy Statement dated July 29, 2019, which is filed with the SEC. To the extent holdings of Galaxy Gaming’s securities have changed since the amounts printed in the Proxy Statement, such changes have been reflected on Statements of Change in Ownership on Form 4 filed with the SEC.
Galaxy Gaming (QB) (USOTC:GLXZ)
Historical Stock Chart
From Dec 2020 to Jan 2021 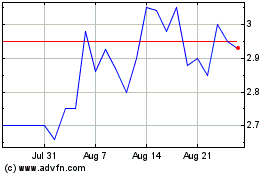 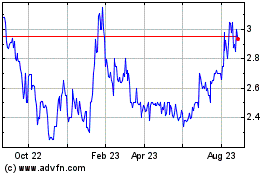 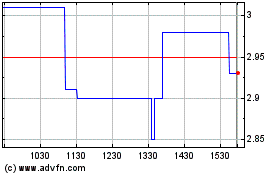