Arizona -- May 2, 2019 -- InvestorsHub NewsWire -- Discovery Minerals Ltd (Pink Sheets:DSCR) is an acquisition and development Company that targets natural resource properties primarily in precious metals and mining operations.  Discovery Minerals is pleased to announce an update from the Board of Directors and CEO for the War Eagle Mountain.  Russell Smith, CEO, led a team completing a two-week site visit and survey from late March to early April 2019.  The Company engaged Geoff Boswell of Underhill Associates an independent geologist to review findings and prepare an updated report. This is an important step in the process to finish the comprehensive survey to begin mining operations on the Orofino Trench.  The survey team also included Scott Barry, a Metallurgist and Milling Engineer in the project, Mr. Girvan Jackson, the Project Manager, and Mr. Bill Earl, Joint Venture Partner as well as other Company personnel.

Mr. Boswell stated in his report:

War Eagle Mountain is located in southwest Idaho’s Silver City district…Approximately 60 million years ago during the Laramide orogeny, subduction of thickened oceanic crust from the west under the North American continent was flattened due to the subducted crusts’ thickening and buoyancy and as a result, magmatism and volcanic mountain building due to the subduction occurred much further inland than to be expected normally.   The subducted crust was naturally metal enriched and devolatilization of the surface of the subducted crust created an H2O, Alkali, CO2, Sulphur, metals and metalloids enriched melt within the shallow mantle. These are all necessary precursors for high grade gold and silver emplacement higher in the crust.

Mining and Treatment program in 2019

1.    The Orofino trench named in the calculations is the planned trenching of the Orofino vein for 500m at the northern end of its exposure.  It is approximately 1m wide and the excavator will trench to approximately 13m (40 feet) deep after some blasting to break up the quartz.  A conservative gold grade of 15g (1/2 Oz Au) has been assessed by prior sampling.

2.    It is also planned to mine the Orofino veins beneath the trench as an initial high grade mine from the surface. This mining may add 60 vertical meters of mining to this scenario but this has not been entered into the initial calculations as it will involve some underground exploration and further modeling of the most efficient mining methods.

3.    For the purposes of startup mill feed it has been decided to remove all suitable mill tailings and waste from War Eagle Mountain that lies within patented claims held by the company and use them to augment initial mill feed.  It is thought that the tonnage of surface material may keep the mill going for up to 3 years and will certainly provide for full mill operations and significant cash flow while the underground mine is being drill tested and developed via an incline from the Sinker Tunnel.

4.    All old shafts and underground workings were developed within veins (on ore) but where lower grade or development dilution produced development waste at lower than 2 oz gold per ton this rock would have been added to mine waste dumps at each shaft head.

5.    Historical records suggest that the crushing of ore on the mountain was by stamper mills with mercury amalgam (over copper) tables.  These mills historically had a recovery of approximately 70% of the metals.

7.    Mine waste dumps and tailings may contain between 15 and 60 g/t gold.  We have given them a conservative grade of 7 g/t gold.

“War Eagle Mountain contains high grade gold and silver veins, similar to those of the rich mines of northern Nevada, that provide a significant opportunity to a focused, small, narrow vein miner.  The peak of War Eagle mountain appears to show a preserved top of the boiling zone and a preserved high-grade precious metal deposition zone.  Mining can be achieved using the sinker tunnel for access via an incline up into the veins in the boiling zone.

Historic mill tailings and waste may contribute significantly to cash flow during the initial assessment and mine feasibility to production phase.”

Russell Smith, CEO of Discovery Minerals, LTD, stated, “The site survey and machinery inspection was extremely valuable in completing our comprehensive survey to begin mining operations.  The near surface vein in the Orofino Trench remains our initial target.  We were extremely pleased the independent geologist stated a 15g per ton AU grade as well as a 7g grade in existing tailings from historical mining operations.  This is extremely conservative when you factor historical mining only targeted 2oz per ton and typically had a 70% recovery.  We are finalizing our mining plan and look forward to announcing commencement of mining operations.  It is important to note that where patented claims are involved we have the ability to begin operations.  Our target is to commence within 60 days.   As always I would like to thank our Shareholders for their continued support as we grow Discovery Minerals.”

Discovery Minerals Ltd. (OTC PINK : DSCR) is an acquisition and development company that targets natural resource properties and cutting edge technology opportunities through its subsidiaries. The Board of Directors has determined that these activities be continued with an emphasis on early positive cash flow from any projects undertaken. 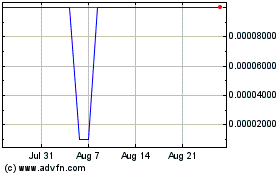 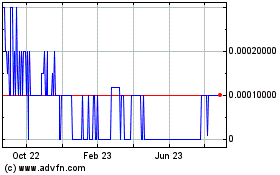 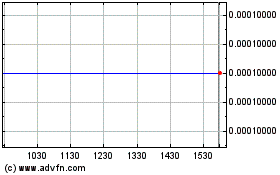