Walt Disney Co.'s retelling of an ancient Chinese folk tale, "Mulan," fought off political backlash and lukewarm reviews on its way to a strong opening in China.

Ranking atop the world's second-largest movie market this weekend, the film grossed a solid $23.2 million, according to preliminary estimates. That is encouraging news for the studio, which spent years producing the $200 million movie with the goal of winning over Chinese moviegoers. In addition to the size of its box office, China is also home to two Disney theme parks, making it a crucial market for Disney to bolster its brand.

Disney headed into the weekend under fire from human-rights advocates and American politicians for using the movie's credits to thank Chinese authorities in the Xinjiang region, where a portion of the movie was filmed. Those groups and others accuse the Chinese government of committing rights abuses against millions of members of ethnic Muslim minority groups in Xinjiang.

Last week, as calls to boycott the film swirled on social media and elsewhere, U.S. lawmakers, led by Sen. Marco Rubio (R., Fla.), sent a letter to Disney Chief Executive Bob Chapek requesting that the company explain why it chose to film part of the movie in Xinjiang. It wasn't the first time calls to boycott the film bubbled up. Activists railed against "Mulan" after the film's star, Liu Yifei, voiced support in 2019 for Hong Kong police amid pro-democracy demonstrations there.

Disney first attempted to adapt the centuries-old story of "Mulan" in 1998, with an animated musical version of the tale about a young woman who disguises herself as a man and marches off to war in her ailing father's stead. The movie performed well internationally but bombed in China, even by the standards of China's then-fledgling theatrical market. Some Chinese moviegoers complained the version favored Western values like personal transformation. The film's cast of voices included Eddie Murphy, Harvey Fierstein and other Western stars.

This time, Disney sought to learn from past errors. Producers found an all Chinese cast including the film's star, Ms. Liu, a household name in China. The Hollywood studio consulted with Chinese authorities on the script, while also endeavoring to hew closer to traditional Chinese values than the previous film.

The film's first weekend in China is respectable, especially considering that theaters there began reopening only in July, but Disney's efforts to make a more culturally authentic version of "Mulan" have so far received a mixed reception there. The movie scored 4.9 out of 10 on the country's most popular movie-review site, Douban.

"Mulan's tale is a traditional story almost every Chinese person is familiar with," said 27-year-old Chen Jize, a human-resources professional who saw "Mulan" in Shanghai. "For us, there is a strong sense of conflict when we watch the movie because of how it differs from the story we are familiar with."

The "Mulan" numbers put the movie in the middle of the pack for recent Disney remakes opening in China: more than the $18.8 million that its live-action "Aladdin" made last May but well below the $53.9 million the new "Lion King" earned, according to Comscore data.

In many markets, including the U.S., Disney canceled plans to release "Mulan" in theaters, posting it instead on its new Disney+ streaming service for about $30, on top of the $6.99 monthly subscription. The company hasn't said how many users purchased the movie since it became available on Sept. 4.

In the wake of the Covid-19 pandemic, the Chinese box office has rebounded more swiftly than in the U.S. China even has a bona fide box-office hit on its hands. The Chinese war epic "The Eight Hundred" embodies the resilience of China's theatrical business, grossing $80.4 million during its first weekend. According to Comscore, the movie has made nearly $400 million in China, putting it on pace to potentially dethrone Sony Corp.'s "Bad Boys for Life," which made $424.6 million globally, as the top-grossing film released in 2020.

U.S. theaters have been struggling to find their footing since they began opening in sizable numbers late last month.

During its second weekend in domestic theaters, Warner Bros.' "Tenet" grossed $6.7 million, bringing its North American total to $29.5 million, according to preliminary estimates. "Tenet" still has a chance to earn significant returns in the U.S., as it is scheduled to run for several more weeks as the only high-profile film that theaters have to offer. Globally, the film has earned $207 million, according to Comscore.

In China, by contrast, "Tenet" grossed $10.2 million this weekend, bringing its total there to $50.8 million after roughly the same amount of time the film has played in the U.S.

The U.S. theatrical market's road to recovery may remain slow. The decision by AT&T Inc.'s Warner Bros. to release "Tenet" domestically after a series of delays was widely applauded in Hollywood, as it was the first high-profile release in months and theaters are desperate for new films. But sluggish ticket sales through two weekends signal moviegoers might have a way to go before they are willing to return to theaters en masse.

Theaters in key U.S. markets remain closed, according to Disney, such as New York state, Michigan and much of California, including Los Angeles and San Francisco. Comscore says about 60% of North American theaters are operating. In locales where cinemas are open, they are generally required to adhere to government-imposed capacity restrictions that limit the number of tickets they can sell at each screening.

--Yin Yijun contributed to this article. 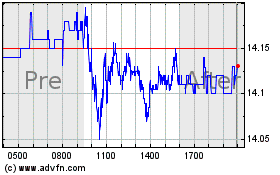