Stephen Orr said, "Allrecipes connects directly with home cooks like no other brand. And there's no one better than Nichole to bring her passion for food journalism and community into America's kitchens. As a founding member of the Allrecipes magazine editorial team, she has been integral to its success and there are few people that know this brand as well as she does. Allrecipes magazine is in great hands and poised for continued growth with Nichole leading the way."

Aksamit has worked for Allrecipes magazine since its inception in 2013, beginning as Senior Editor and rising to Executive Editor in 2018. Prior to that, she developed and edited cookbooks at Oxmoor House, a book publishing division of Time Inc. She began her journalism career at newspapers—including the Omaha World-Herald, where she worked for 11 years serving as food critic, restaurant reviewer and health reporter, among other roles. She earned her B.A. in Mass Communications and English from Minnesota State University-Moorhead.

Aksamit said, "Having been a part of the magazine team from its outset, I'm thrilled to take this leadership role and keep the momentum going. At a time when people are cooking even more at home, I believe we have not only a great opportunity, but a great responsibility to help our readers live a more delicious life. We'll continue to surface the best of Allrecipes.com while tapping a wide range of voices and emerging talent to bring our audience something inspiring and new in every issue."

Allrecipes magazine has expanded its audience since its 2013 debut, now reaching an more than 9 million readers, with a rate base that has increased from 500,000 to 1.4 million. Allrecipes.com remains the leading food media site with nearly 60 million unique visitors in December 2020, according to Comscore. Last fall, Allrecipes was named Hottest in Food on Adweek's Hot List 2020.

ABOUT ALLRECIPES
Allrecipes, the world's largest community-driven food brand, provides trusted resources to more than 60 million home cooks, publishes recipes from home cooks around the world who connect and inspire one another through photos, reviews and videos. Since its launch in 1997, Allrecipes has become a dynamic, indispensable resource for cooks of all skill levels seeking trusted recipes, cooking trends, entertaining ideas, every day and holiday meal solutions, grocery savings information and practical cooking tips. The brand helps cooks shop, budget and make healthy, sustainable choices in the kitchen. In addition to the site, Allrecipes produces content across numerous platforms, including voice skills, smart appliances, apps and podcasts. Allrecipes Magazine, the magazine industry's first large-scale digital-to-print brand extension, reaches an audience of more than 9 million. Published six times a year, the magazine has grown rapidly to a 1.4 million rate base from 500,000 at its inception seven years ago. 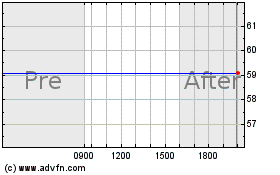