The Trump administration Friday released a far-reaching plan that would for the first time force hospitals and insurers to disclose their secret negotiated rates.

Administration officials said the final rule will compel hospitals in 2021 to publicize the rates they negotiate with individual insurers for all services, including drugs, supplies, facility fees and care by doctors who work for the facility.

The administration proposed extending the disclosure requirement to the $670 billion health-insurance industry. Insurance companies and group health plans that cover employees would have to disclose negotiated rates, as well as previously paid rates for out-of-network treatment, in file formats that are computer-searchable, officials said.

The insurers, including Anthem Inc. and Cigna Corp., would have to provide a transparency tool to give cost information to consumers in advance, senior administration officials said.

The requirements are more far-reaching than many industry leaders had expected and could upend commercial health-care markets, which are rife with complex systems of hidden charges and secret discounts. The price-disclosure initiative has become a cornerstone of the president's 2020 re-election health strategy, despite threats of legal action from industry.

"Right now there is too much arbitrage in the system," a senior administration official said in an interview Thursday with The Wall Street Journal. "There are a ton of vested interests who will oppose this. We expect to get sued. We're really goring people's oxes."

The proposal covering insurers is the newest part of the price-disclosure initiative, and it would include the private-employer market, where about 158 million people get their health insurance. Insurers and group health plans would have to put the negotiated rates into a file that third-party developers could incorporate into shopping tools.

Insurers would also have to create a web-based tool for beneficiaries that discloses the list price, the negotiated rate, cost sharing, and the amount left on a plan deductible, as well as allowable out-of-network rates, officials said. There will be a 60-day public comment period on the proposal.

The requirements for the negotiated rate file could cost insurers an estimated $200 million to build based on estimates in the proposal.

Other costs include an estimated $64 million to $161 million for three years to implement and maintain posting about cost sharing.

The proposal also states that "price transparency may have the opposite effect because in some markets where pricing is very transparent, pricing can narrow and average costs can increase."

Studies show consumers are often required to pay more out of pocket when they don't have the price information they need to comparison shop. Employer health-plan deductibles are outpacing wage growth and have risen to an average $1,655 for a single plan, according to a September survey by the Kaiser Family Foundation. Workers on average pay $6,015 toward the cost of their coverage.

On the final rule covering hospitals, facilities will have two obligations. First, they will have to provide insurer-specific negotiated rates in a computer-readable file.

Second, hospitals will have to post negotiated charges online for 300 specific services that patients typically shop around for. Seventy of those services, including vaginal birth, colonoscopy, and joint-replacement surgery, are stipulated in the rule, according to senior administration officials. Hospitals can select the other 230 services they post online.

Hospitals face fines of up to $300 a day if they don't comply with sharing negotiated rates.

The requirements would cost hospitals more than $23 million annually in 2016 dollars, according to an estimate in the rule. Annual costs range from $38.7 million to $39.4 million in 2019 dollars.

Taken together, the price-disclosure initiatives could reshape the $3.5 trillion health-care industry.

Prices charged for health care vary widely depending on whether a provider is in or out of the patient's insurance network and on the insurer's undisclosed price agreements with hospitals. A magnetic resonance image of the lower back costs $141 at an imaging center in Jefferson, La., but $7,646 at a hospital in Torrance, Calif, according to data from Clear Health Costs, which publishes information on health costs.

Hospitals, insurers and others in the industry have spent the past nine months since the idea was floated by the White House denouncing the proposal and gearing up for a pitched legal battle.

The industry is also likely to argue in any legal challenge that negotiated rates are proprietary and include confidential contractual agreements. Industry groups have also said it runs counter to the First Amendment.

Pharmaceutical companies prevailed with a similar argument when the Trump administration said they had to disclose list prices for drugs in television ads. A federal judge in July ruled that the requirement overstepped regulatory authority.

"It's actually worse than we expected," said Tom Nickels, executive vice president of the American Hospital Association. "They have additional requirements. It's additional data that I don't know is particularly helpful for consumers."

If rates are public, health-care companies say, some hospital systems might push for payment rates that match their crosstown rivals'.

Proponents argue it would bring costs down. Out-of-network doctors could try to compete with in-network negotiated rates. Health systems that charge higher negotiated rates could lose business if they don't match competitors' rates or justify the reasons for their steeper costs. And employers could press their insurers to include hospitals with lower negotiated rates in their networks.

Employers and patients are often unable to see which hospital systems and doctor's offices are driving prices upward. Some health-care economists argue that the secrecy is a factor in why the U.S. spends more per resident on health care than any other developed nation.

The administration's vision is to arm patients with information needed to make health-care decisions much like shopping for other consumer services. Rates potentially could be posted on public websites, where consumers would check the negotiated price of a service before they pick a provider.

The White House push on price disclosure comes as President Trump seeks to close the gap with Democrats, who hold an advantage on health care in public polling.

President Trump has stated that under his health-care plan, Americans will get better care at a lower cost than they currently pay. About three in 10 adults are very or somewhat confident the president will deliver on his promise, while 62% say they aren't too confident or not at all confident, according to an October poll by the Kaiser Family Foundation.

The White House is prepared to defend the rule and the proposal covering insurers from lawsuits, a senior administration official said. Officials said authority for the requirements stem from the Public Health Service Act.

"You'll be able to negotiate all over the place," Mr. Trump said in an October speech in Florida. "And you'll be able to pick everything you want, from the hospital to the doctor. And it's going to save you a tremendous amount of money."

Write to Stephanie Armour at stephanie.armour@wsj.com 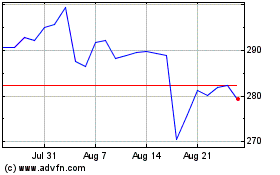 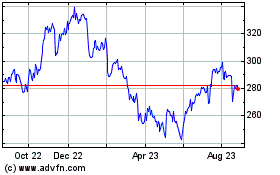 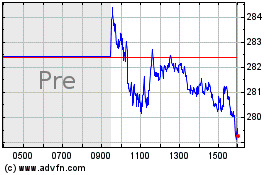