Genworth made strong progress with its MYRAP in 2019, receiving approvals for $334 million of incremental annual premium increases during the year, with an estimated NPV of $2.0 billion. In aggregate, the company has now achieved approximately $12.5 billion in NPV from approved rate increases since 2012, with approximately $7.5 billion in additional expected future in force rate actions from its MYRAP included in 2019 loss recognition testing. The company continues to work closely with the National Association of Insurance Commissioners (NAIC) and state regulators to demonstrate the broad-based need for actuarially justified rate increases in order to pay future claims. As previously disclosed, Genworth intends to manage the U.S. life insurance companies on a standalone basis, with no plans to infuse capital in the future other than the capital committed in connection with the completion of the Oceanwide transaction.

"Genworth delivered strong operating performance in 2019, driven by outstanding results in our U.S. mortgage insurance business," said Tom McInerney, president and CEO of Genworth. "We continued to execute against our strategic priorities, including reducing debt, strengthening our balance sheet and executing our LTC multi-year rate action plan, which is critical to stabilizing our U.S. life insurance business."

Genworth and Oceanwide continued to work diligently towards closing their previously announced transaction.

On December 12, 2019, Genworth completed the sale of its stake in Genworth Canada to Brookfield Business Partners L.P. (NYSE: BBU) (TSX: BBU.UN) for a total transaction value of CAD$2.4 billion. As previously disclosed, the net cash proceeds were approximately USD$1.8 billion including the special dividend paid in October 2019 and after adjustments for foreign exchange, fees, and expenses. Genworth Mortgage Insurance Corporation (GMICO), Genworth's primary U.S. MI insurance subsidiary, received $517 million of the net proceeds from the transaction based on its ownership share of Genworth Canada, increasing its capital levels. In addition, $445 million of the net proceeds were used to retire the company's term loan issued March 7, 2018 as required under the terms of the loan agreement.

On December 22, 2019, Genworth and Oceanwide entered into a 13th waiver and agreement extending their merger agreement deadline to not later than March 31, 2020. The 13th waiver also provides termination rights for Oceanwide to the extent that regulators subsequently impose materially adverse conditions on the transaction. In addition, the waiver provides that the parties will mutually agree upon a closing date after the receipt of all required regulatory approvals. In the event Genworth and Oceanwide cannot agree on a closing date following receipt of all regulatory approvals, each party has the right to terminate the merger agreement.

In January 2020, Fannie Mae and Freddie Mac reapproved Oceanwide's proposed acquisition of GMICO, as contemplated under the merger agreement between Genworth and Oceanwide and updated to reflect subsequent developments including the Genworth Canada sale. Their reapprovals include certain conditions and obligations which are subject to confidentiality restrictions. The parties anticipate being able to meet these conditions.

Oceanwide and Genworth received approvals from all necessary U.S. regulators with respect to the Oceanwide Transaction earlier in 2019. The approval of the New York Department of Financial Services (NYDFS) has expired and the parties remain in discussion with the NYDFS in an effort to secure its reapproval. Genworth and the NYDFS have been engaged for several months in discussions regarding the fourth quarter 2019 assumption review for Genworth Life Insurance Company of New York (GLICNY) and the reapproval of the transaction. As part of the discussion process, the NYDFS has recently communicated to Oceanwide and Genworth that the reapproval would be contingent on a capital contribution by Genworth Financial to GLICNY. Oceanwide and Genworth are continuing discussions with the NYDFS in an effort to secure its reapproval, including a potential capital contribution from Genworth that would require Oceanwide's consent under the merger agreement.

Genworth also remains in discussions with other state regulators regarding their existing approvals of the transaction. In the fall of 2019, the parties provided supplemental information to certain regulators to reflect the Genworth Canada disposition and the passage of time since their prior approval of the Oceanwide Transaction. Regulators have reviewed the supplemental information, and the parties are working with these regulators to provide additional information as part of their review. Following the receipt of all required U.S. regulatory approvals, Oceanwide will also need to receive clearance in China for the currency conversion and transfer of funds.

Genworth and Oceanwide remain committed to the capital investment plan under which Oceanwide and/or its affiliates will contribute an aggregate of $1.5 billion to Genworth over time following the consummation of the merger, subject to the receipt of the required regulatory approvals and clearances.

"We are in discussions with the NYFDS in an effort to secure a reapproval of the Oceanwide transaction, which represents one of the last remaining milestones in closing the transaction," said Tom McInerney, president and CEO of Genworth Financial. "Genworth and its Board of Directors continue to believe the transaction is the best and most certain outcome for our shareholders. We will continue to work hard to reach a prompt resolution with the NYDFS and satisfy all other closing conditions to complete the transaction as soon as possible. However, if the parties are unable to reach an agreement with the NYDFS that is also acceptable to our other state insurance regulators, Oceanwide and Genworth will need to consider other alternatives to the transaction for each party."

Lu Zhiqiang, chairman of Oceanwide, added: "Oceanwide remains fully committed to the transaction with Genworth, subject to the receipt of the required regulatory approvals and clearances. We look forward to the successful completion of the transaction."

Adjusted operating income (loss) results by business line are summarized in the table below:

U.S. MI reported adjusted operating income of $160 million, compared with $137 million in the prior quarter and $124 million in the prior year. U.S. MI's flow insurance in force increased 15 percent versus the prior year from strong new insurance written (NIW), driving continued growth in earned premiums. U.S. MI achieved $18.1 billion in flow NIW in the quarter, down four percent from the prior quarter due to market seasonality.  Flow NIW increased 95 percent versus the prior year primarily driven by a larger estimated private mortgage insurance market from higher refinance originations, as well as an estimated increase in market share with the market adoption of the company's proprietary risk-based pricing engine, GenRATE, and selective participation in forward commitment transactions. The growth in earned premiums versus the prior year was also driven by increased single premium cancellations from higher refinancing activity and a favorable $14 million pre-tax single premium earnings pattern adjustment, partially offset by lower average premium rates.

The U.S. MI loss ratio was four percent, down seven points sequentially and down three points compared to the prior year. Current quarter results included a favorable $13 million pre-tax reserve factor adjustment, which combined with the single premium earnings pattern adjustment reduced the loss ratio by six points. The company continues to experience low levels of losses driven by a strong housing market with low delinquency rates and high cure rates on delinquencies.

During the quarter, the company completed its annual review of U.S. GAAP active life margins, also referred to as loss recognition testing. All key margin-testing assumptions were reviewed and updated where appropriate. As of December 31, 2018, the U.S. GAAP loss recognition testing margins for the LTC business were approximately $0.5 to $1.0 billion and the margins as of December 31, 2019 remain in this range. The 2019 margins reflected higher emerging incidence experience on newer blocks, particularly on older attained ages, and an unfavorable calibration to reflect recent benefit utilization experience. These updates were offset by higher modeled benefit from planned future in force rate actions, primarily on newer blocks. The company continues to separately test its LTC acquired block (representing business written prior to late 1995) for recoverability as part of testing its U.S. GAAP loss recognition margins. The U.S. GAAP loss recognition testing margin for the LTC acquired block was positive. Cash flow testing results remain in process and will be made available with year-end statutory filings.

Life insurance reported an adjusted operating loss of $164 million, compared with $25 million in the prior quarter and $108 million in the prior year. During the quarter, the company completed its annual review of life insurance assumptions and recorded after-tax charges of $139 million, including $107 million from assumption changes primarily driven by the lower interest rate environment and $32 million from unfavorable model corrections. Results in the prior year included after-tax charges of $91 million related to the company's annual review of life insurance assumptions. Compared to the prior quarter and prior year, results reflected lower mortality in universal and term life insurance products, offset by unfavorable reserve increases in the term universal life insurance product from lower than expected terminations. Compared to the prior year, results also reflected higher amortization of deferred acquisition costs (DAC) primarily associated with higher lapses from large 20-year level-premium term life insurance blocks entering their post-level premium periods.

Genworth maintains the following capital positions in its operating subsidiaries:

Genworth Financial, Inc. (NYSE: GNW) is a Fortune 500 insurance holding company committed to helping families achieve the dream of homeownership and address the financial challenges of aging through its leadership positions in mortgage insurance and long term care insurance. Headquartered in Richmond, Virginia, Genworth traces its roots back to 1871 and became a public company in 2004. For more information, visit genworth.com.

From time to time, Genworth releases important information via postings on its corporate website. Accordingly, investors and other interested parties are encouraged to enroll to receive automatic email alerts and Really Simple Syndication (RSS) feeds regarding new postings. Enrollment information is found under the "Investors" section of genworth.com. From time to time, Genworth's publicly traded subsidiary, Genworth Mortgage Insurance Australia Limited, separately releases financial and other information about its operations. This information can be found at http://www.genworth.com.au.

Genworth will conduct a conference call on February 5, 2020 at 9:00 a.m. (ET) to discuss business results and provide an update on strategic objectives, including the pending transaction with Oceanwide. Genworth's conference call will be accessible via telephone and the Internet. The dial-in number for Genworth's February 5th conference call is 888 208.1820 or 323 794.2110 (outside the U.S.); conference ID # 5795605. To participate in the call by webcast, register at http://investor.genworth.com at least 15 minutes prior to the webcast to download and install any necessary software.

Prior year amounts have not been re-presented to reflect this revised presentation; however, the previous methodology would not have resulted in a materially different segment-level adjusted operating income (loss).

The company recorded a pre-tax expense of $4 million in the first quarter of 2019 and $2 million in the third quarter of 2018 related to restructuring costs as it continues to evaluate and appropriately size its organizational needs and expenses. There were no infrequent or unusual items excluded from adjusted operating income (loss) during the periods presented other than fees incurred during the fourth quarter of 2018 related to Genworth Holdings, Inc.'s bond consent solicitation of $6 million for broker, advisor and investment banking fees.

The company taxes its international businesses at their local jurisdictional tax rates and its domestic businesses at the U.S. corporate federal income tax rate of 21 percent. The company's segment tax methodology applies the respective jurisdictional or domestic tax rate to the pre-tax income (loss) of each segment, which is then adjusted in each segment to reflect the tax attributes of items unique to that segment such as foreign withholding taxes and permanent differences between U.S. GAAP and local tax law. The difference between the consolidated provision for income taxes and the sum of the provision for income taxes in each segment is reflected in Corporate and Other activities.

The annually-determined tax rates and adjustments to each segment's provision for income taxes are estimates which are subject to review and could change from year to year.

The company undertakes no obligation to publicly update any forward-looking statement, whether as a result of new information, future developments or otherwise. 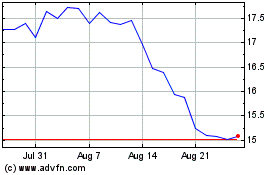 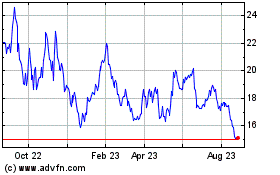 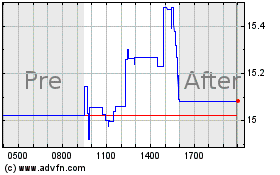