For the year ended December 31, 2019, the Company reported a net loss of $0.4 million, or $0.04 per diluted share, as compared to $0.7 million, or $0.05 per diluted share, for the year ended December 31, 2018.  The decrease in net loss was primarily attributable to an increase in unrealized gains on equity securities recognized in net income of $7.7 million, partially offset by decreases in realized gains of $3.6 million and an increase in operating loss of $3.6 million.  Total premiums during 2019 increased 5.2% to $181.9 million from $172.9 million in 2018, as premiums in the property and casualty operations increased 9.1% while the life and health operations increased 3.5%, as compared to 2018.

Commenting on the results, Hilton H. Howell, Jr., chairman, president and chief executive officer, stated, “We are delighted with the performance of our property and casualty operations, reporting year over year premium growth accompanied by a significant improvement in operating income.  And while profitability in the life and health operations were strained due to prior expansion of our Medicare supplement business, I believe we reached the nadir of this cycle during 2019 and expect a positive trend for 2020 and beyond.”

Note regarding Private Securities Litigation Reform Act: Except for historical information contained herein, this press release contains forward-looking statements that involve a number of risks and uncertainties.  Actual results could differ materially from those indicated by such forward-looking statements due to a number of factors and risks detailed from time to time in statements and reports that Atlantic American Corporation files with the Securities and Exchange Commission. 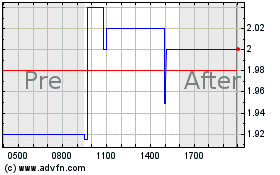