The U.S. dollar held firm in the European session on Thursday on growing hopes that the Fed could begin withdrawing its stimulus measures at its next meeting in November.

In a panel discussion at the ECB Forum on Central Banking, Chairman Jerome Powell said that inflation could remain elevated longer than previously thought due to supply chain problems.

Powell added that inflationary pressures could moderate when bottlenecks are resolved and the inflation rate would fall back to its longer run target of 2 percent.

Powell will appear before the U.S. House Committee on Financial Services at 10 am ET.

Senate Majority Leader Chuck Schumer said that Senators have reached a deal to avoid a government shutdown on October 1.

The legislation would keep the government funded through December 3 but does not raise the debt limit to prevent a default on obligations.

Data from the Commerce Department showed that U.S. economic growth accelerated slightly more than previously estimated in the second quarter.

The Commerce Department said real gross domestic product shot up by 6.7 percent in the second quarter compared to the previously reported 6.6 percent spike. Economists had expected the jump in GDP to be unrevised.

The greenback showed mixed trading versus its major opponents in the Asian session, by falling against the yen and the pound and holding steady against the franc and the euro.

The greenback touched more than a 1-year high of 1.1568 against the euro, rising from Wednesday's close of 1.14. Should the greenback rises further, 1.12 is likely seen as its next resistance level.

The unemployment rate held steady at seasonally adjusted 5.5 percent in September. The expected rate was 5.4 percent.

The greenback weakened to 1.3495 against the pound from yesterday's close of 1.3425. The greenback is seen facing support around the 1.36 level.

Revised data from the Office for National Statistics showed that the UK economy grew more than initially estimated in the second quarter on robust consumption.

Federal Reserve Bank of New York President John Williams is scheduled to deliver opening remarks at a webinar about the Fed's pandemic response hosted by the bank at 10:00 am ET.

Federal Reserve Bank of Atlanta President Raphael Bostic will speak about economic mobility at an online event hosted by Georgia Tech University at 11:00 am ET.

At 12:30 pm ET, Federal Reserve Bank of Chicago President Charles Evans will deliver a speech about the economic outlook at an online event hosted by the Bendheim Center for Finance. 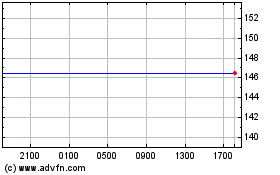