The pound climbed against its major counterparts in the early European session on Tuesday, after a report showed that the UK unemployment rate decreased in three months to July and the employment rate rose quarterly.

Data from the Office for National Statistics showed that the unemployment rate dropped 0.3 percentage points from the previous quarter to 4.6 percent in three months to July. The rate came in line with economists' expectations.

At the same time, the employment rate rose 0.5 percentage points to 75.2 percent.

Average earnings including bonus grew 8.3 percent on a yearly basis and regular pay that excludes bonuses advanced 6.8 percent in May to July period.

The ONS said since this growth is affected by base and compositional effects, interpretation should be taken with caution.

Further, data showed that the claimant count decreased by 58,600 in August from the previous month. The claimant count rate came in at seasonally adjusted 5.4 percent versus 5.6 percent in July.

Investors await U.S. inflation data due out later in the day for directional cues.

The Fed's two-day monetary policy meeting is scheduled for next Tuesday and Wednesday, but recent signs of slowing economic momentum could lead the central bank to hold off on discussing tapering.

Looking ahead, U.S. CPI for August and Canada manufacturing sales for July will be released in the New York session. 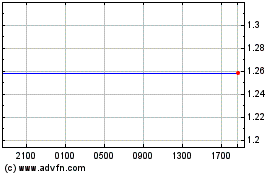