German unemployment declined in August as firms hired more staff after the restrictions related to the coronavirus pandemic were relaxed, official data revealed on Tuesday. The jobless rate fell to 5.5 percent in August from revised 5.6 percent in July, the Federal Labor Agency reported. The rate was forecast to drop to 5.6 percent from July's initially estimated rate of 5.7 percent.

"Unemployment and underemployment have continued to fall sharply, although there is still a summer break," Scheele said. Employment growth is gaining momentum.

The labor force survey published by Destatis, earlier in the day, showed that the jobless rate fell to a seasonally adjusted 3.6 percent in July from 3.7 percent in June.

The number of unemployed came in at 1.56 million, which was a decline of 19,000 or 1.2 percent on June, the labor force survey revealed.

On an unadjusted basis, the unemployment rate held steady at 3.7 percent in July.

Without seasonal adjustment, the number of persons in employment rose by 121,000, or +0.3 percent in July from the previous month. This month-on-month increase was much higher than the average recorded for July of the three pre-crisis years 2017 to 2019, Destatis reported. 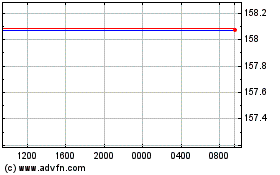