Australia's Mineral Resources Ltd. on Wednesday bought at least 12.1% of Aquila at a 10% premium to the price offered by China's state-owned Baosteel Group and partner Aurizon Holdings Ltd., two people familiar with the matter said. The Chinese-led bid values Aquila at 1.4 billion Australian dollars (US$1.3 billion).

Earlier in the day, Aquila had reported that 50 million of its shares changed hands in a block trade carried out at A$3.75 each, followed by additional large transactions at the same price. Baosteel bid A$3.40 a share.

It wasn't immediately clear why Mineral Resources--which has a market value of A$1.9 billion--might have bought the stake. The shares would give the company a chance to influence the development of Aquila's prized iron-ore project in Western Australia, which has an estimated development cost of A$7.4 billion. Mineral Resources also has an iron-ore processing business that could benefit once Aquila's project begins producing.

Aquila's shares rose to more than a two-year high Wednesday, closing at A$3.61 each--some 6% above Baosteel's bid. The Chinese steelmaker and its Australian partner may now face pressure to raise their bid. They may also be wondering whether Mineral Resources is planning its own takeover move on Aquila with an as-yet-undisclosed ally.

Mineral Resources is "dipping their toes into the water with several options," said Gavin Wendt, a Sydney-based analyst at consultancy Minelife, which specializes in the resources industry. "It could be opportunistic and they'll push the Chinese to pay a higher price, or they could see longer-term value in the assets and will want to partner up in getting them developed."

Baosteel, which owns China's largest listed steel mill, bought 15% of Aquila in 2009 when iron-ore prices were rising, and later raised its stake to 20%. It was attracted to Aquila's plans for the new mine, called West Pilbara, which is expected to eventually produce more than 30 million metric tons of iron ore a year.

Baosteel first announced its plan to work with rail-freight hauler Aurizon on a joint takeover offer for Aquila last month. Under the proposal, Baosteel would own as much as 85% of Aquila, which also owns an undeveloped coking-coal prospect in Queensland state. Aurizon would take the remaining interest.

Aquila, whose executive chairman and co-founder Tony Poli holds 29% of the company, hasn't so far responded to Baosteel's proposal. The bid was made after Aquila's iron-ore project became steeped in delays and cost blowouts, mirroring other investments by Chinese companies in the mineral-rich Pilbara region of Western Australia.

Mineral Resources, which has placed its shares in a trading halt, wouldn't confirm that it was the buyer in Wednesday's block trade.

China has long relied on Australia for the bulk of its iron-ore imports, which are used to make steel for everything from skyscrapers to limousines. Most of the iron ore is shipped to order from large mining companies such as BHP Billiton Ltd. and Rio Tinto PLC, although a small-yet-growing supply line comes from Australian mines bought by state-run Chinese companies in an earlier wave of deals.

Baosteel's takeover proposal underlines the company's re-emergence as a leader in China's steel industry. It is the first state-owned mill to take up Beijing's call, issued in January, for big Chinese resources companies to acquire more iron-ore assets abroad.

The move also highlights Baosteel's willingness to spend on new investments despite weak steel prices and a gloomy outlook for the industry at home. Iron-ore prices recently fell to their lowest level since late 2012, partly because of concerns about China's steel demand.

Traders have also cited concerns about an emerging oversupply of iron ore as large producers continue to expand their Australian mines.

Write to Ross Kelly at ross.kelly@wsj.com and David Rogers at david.rogers@wsj.com 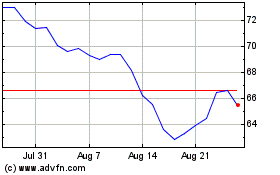 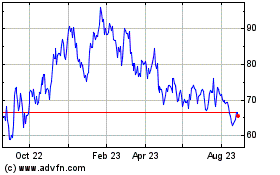 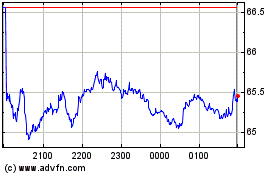