Shares in U.K. sportswear retailer JJB Sports PLC (JJB.LN) plunged nearly 20% Thursday after the company said it expects to breach covenants on a bank loan, prompting analyst speculation that it may need to tap shareholders for more cash.

In an unscheduled trading update, JJB said sales since Nov. 11 have been below expectations and will likely only get worse because of the bad weather across the U.K.

The full-year earnings outlook is "uncertain," JJB said, as December is one of its peak trading months.

It now expects to breach of covenants associated with a GBP25 million facility agreed with Royal Bank of Scotland Group PLC (RBS) when the covenants are tested in January.

This comes after it passed covenant tests at the time of the company's half-year results, when it said RBS had agreed not to test its earnings before interest, taxes, depreciation, amortization and rentals, or EBITDAR, covenant in order to give it the flexibility to implement its turnaround strategy.

JJB is now in "constructive discussions" with the bank in relation to the covenants and its financing needs.

It is also exploring further restructuring options and alternative sources of finance.

"It's an option but they're looking at various options," he said. Potential restructurings are also on the cards.

Its disappointing trading update follows a cautionary statement last month, when the Wigan-based retailer said increased promotions like its September "Spend and Save" deal had dented margins and hindered growth.

At that time, JJB said full-year earnings would hinge on its performance during the important pre-Christmas and New Year sale periods.

"The financial position of the company remains difficult and will probably not be helped by a more promotional Sports Direct," Seymour Pierce analyst Kate Calvert told clients in a note.

Sports Direct International PLC (SPD.LN) is one of JJB's biggest rivals, also focusing on the discount end of the market.

Analysts are bleak on JJB's prospects, with Singer Capital Markets' Mark Photiades and Peel Hunt's John Stevenson both expecting another cash raise in the new year.

The one plus point in JJB's statement Thursday was news that sales from its six revamped stores are up 11% on the company average, with the margin performance also better in these stores.

But Ed Woolfitt, Head of Trading at Galvan Research told clients: "Until a White Knight rides in to save the day and rescue the business, Galvan Research believes it is unlikely that the retailer will survive in its present form." 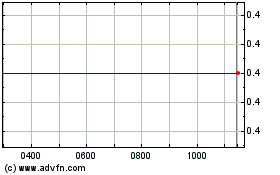