It marks a historic victory for environmentalists who for a decade have made Keystone XL the focus of a campaign to block new pipeline construction as a way to limit oil consumption that contributes to global warming.

Groups like 350.org, which targeted Keystone XL, are also pressuring Wall Street to curb fossil-fuel extraction and were a force behind activist investors winning board seats at Exxon Mobil Corp. earlier this month.

Environmental groups called TC's decision a landmark moment and 350.org pointed to its own history of leading sit-ins against Keystone XL in front of the White House. It said it would work to defeat more pipelines.

"When this fight began, people thought Big Oil couldn't be beat," said Bill McKibben, the founder of 350.org. "But when enough people rise up, we're stronger even than the richest fossil-fuel companies."

Emboldened by the successful fight against Keystone XL, protesters have taken aim at other Canadian pipelines. On Monday, protesters in Minnesota clashed with police as they demonstrated against Enbridge Inc.'s construction of its crude oil Line 3 artery through the state. In Michigan, Democratic Gov. Gretchen Whitmer is trying to revoke a permit that allows the company to transport oil and natural gas under the Great Lakes.

Mr. Biden's permit cancellation was a major setback for Canadian oil producers and the Canadian government, which had urged Mr. Biden to help salvage the $8 billion project immediately after his election. Keystone XL has been mired in court challenges and left in limbo by shifting U.S. political leadership since it was initially proposed in 2008.

Mr. Biden 's decision, which reversed the pipeline's approval first given by former President Donald Trump, came before TC Energy could finish construction in the U.S. It promptly suspended construction, saying it would cut more than 1,000 construction jobs.

Mr. Biden's critics decried the layoffs and several Republican states launched a lawsuit to overturn it. It wasn't immediately clear what would happen to that lawsuit.

"It's a disgrace President Biden played politics and killed the Keystone XL Pipeline," said Austin Knudsen, the attorney general in Montana, the lead plaintiff -- along with the Texas attorney general -- of 21 states. "The pipeline would have enhanced America's energy independence while bringing much needed jobs, tax revenue, and economic development to rural communities in Montana and across the country."

Write to Timothy Puko at tim.puko@wsj.com and Vipal Monga at vipal.monga@wsj.com 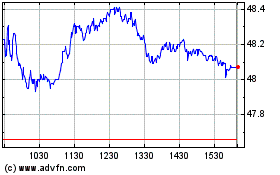