"The completion of the Exterran acquisition and strong global natural gas and energy transition market fundamentals, which has driven our combined backlog of $1.5 billion in modularized natural gas and carbon capture solutions, paves the way for the most exciting time in Enerflex's forty-year history," said Marc Rossiter, Enerflex's President and Chief Executive Officer. "Our asset base of nearly two million horsepower of compression and over 25 gas plants worldwide provides cash flows that are low-risk, long-term, and diverse in geographies, counterparties, and commodity drivers. This stable portfolio of natural gas assets, the $1.5 billion backlog in Engineered Systems, and solid progress on three major Energy Infrastructure investments, will drive success on our three key value-creating priorities throughout 2023: strengthening our financial position; delivering on expected synergies; and growing our free cash flow, all in support of an attractive capital allocation framework."

(1) Per share amounts are based on weighted average diluted common shares outstanding.(2) Certain prior period amounts have been reclassified between cost of goods sold ("COGS") and SG&A expenses. See Note 1 "Summary of Significant Accounting Policies" of the unaudited condensed interim consolidated financial statements and notes as at and for the three and nine months ended September 30, 2022 (the "financial statements").(3) Non-IFRS measure that is not a standardized measure under International Financial Reporting Standards ("IFRS") and may not be comparable to similar non-IFRS measures disclosed by other issuers. See "Non-IFRS Measures" of this news release for the most directly comparable financial measure disclosed in Enerflex's current financial statements to which such non-IFRS measure relates, and a reconciliation to such comparable financial measure.(4) For the trailing 12 months ended September 30, 2022.

Enerflex's financial statements and Management's Discussion and Analysis ("MD&A") as at and for the three and nine months ended September 30, 2022, are available on Enerflex's website at www.enerflex.com and under Enerflex's SEDAR and EDGAR profiles at www.sedar.com and www.sec.gov/edgar, respectively.

Enerflex's senior leadership team will be hosting a conference call to discuss the Company's third-quarter 2022 results on Thursday, November 10, 2022 at 10:00 am (MST). To participate, register at https://register.vevent.com/register/BI674ba70c28c841099a939266cdce8559. Once registered, participants will receive the dial-in numbers and a unique PIN to enter the call. The live audio webcast of the conference call will be available on the Enerflex website at www.enerflex.com under the Investors section.

Throughout this news release and other materials disclosed by the Company, Enerflex employs certain measures to analyze its financial performance, financial position, and cash flow, including Engineered Systems bookings and backlog, operating income (loss), EBIT, EBITDA, adjusted EBITDA, net debt to EBITDA ratio, and ROCE. These non-IFRS measures are not standardized financial measures under IFRS and may not be comparable to similar financial measures disclosed by other issuers. Accordingly, the non-IFRS measures should not be considered more meaningful than generally accepted accounting principles measures, such as net earnings (loss) or any other measure of performance determined in accordance with IFRS, as indicators of Enerflex's performance. See "Non-IFRS Measures" of Enerflex's MD&A for the three and nine months ended September 30, 2022, which information is incorporated by reference into this news release, and which is available on Enerflex's website at www.enerflex.com and under Enerflex's SEDAR and EDGAR profiles at www.sedar.com and www.sec.gov/edgar, respectively.

Operating income (loss) assists the reader in understanding the net contributions made from the Company's core businesses after considering all SG&A expenses. Each operating segment assumes responsibility for its operating results as measured by, amongst other factors, operating income (loss), which is defined as income before income taxes, finance costs, net of interest income, equity earnings or loss, gain or loss on sale of assets, and impairment of goodwill. Financing and related charges cannot be attributed to business segments on a meaningful basis that is comparable to other companies. Business segments and income tax jurisdictions are not synonymous, and it is believed that the allocation of income taxes distorts the historical comparability of the operating performance of business segments.

EBIT provides the results generated by the Company's primary business activities prior to consideration of how those activities are financed or taxed in the various jurisdictions in which the Company operates.

EBITDA provides the results generated by the Company's primary business activities prior to consideration of how those activities are financed, how assets are amortized, or how the results are taxed in various jurisdictions.

Enerflex's results include items that are unique and items that Management and users of the financial statements adjust for when evaluating the Company's performance and results. The presentation of adjusted EBITDA should not be considered in isolation from EBIT or EBITDA, as determined under IFRS.

The items that have been adjusted historically for presentation purposes relate generally to five categories:

Enerflex has presented the impact of share-based compensation as it is an item that can fluctuate significantly with changes in Enerflex's share price during a period based on factors that are not specific to the long-term performance of the Company.

Management believes that identification of these items allows for a better understanding of the underlying operations of the Company based on the current assets and structure.

Net debt is defined as short- and long-term debt less cash and cash equivalents at the end of the period, which is then divided by the annualized EBITDA.

ROCE is a measure that analyzes the operating performance and efficiency of the Company's capital allocation decisions. The ratio is calculated by taking EBIT for the 12-month trailing period, which is then divided by capital employed. Capital employed is debt and equity less cash and cash equivalents for the trailing four quarters.

This news release contains forward-looking information within the meaning of applicable Canadian securities laws and within the meaning of the safe harbor provisions of the U.S. Private Securities Litigation Reform Act of 1995. These statements relate to Management's expectations about future events, results of operations, and the future performance (both financial and operational) and business prospects of Enerflex. All statements other than statements of historical fact are forward-looking statements. The use of any of the words "anticipate", "future", "plan", "contemplate", "create", "continue", "estimate", "expect", "intend", "propose", "might", "may", "will", "shall", "project", "should", "could", "would", "believe", "predict", "forecast", "pursue", "potential", "objective", "capable", and similar expressions, are intended to identify forward-looking information. In particular, this news release includes (without limitation) forward-looking information pertaining to: the characteristics of Enerflex following completion of the Transaction; the Company's ability to leverage its sustainable asset portfolio and backlog position to deliver on its value-creating priorities throughout 2023, including strengthening its financial position, delivering on expected synergies without sacrificing operational capabilities, and growing its excess cash flow to support an attractive capital allocation framework; the anticipated benefits and synergies of the Transaction and the Company's ability to realize upon such benefits and synergies, including expected annual run-rate synergies of approximately U.S.$60 million, expected to be captured within 12 to 18 months of the closing of the Transaction; the Company's anticipated completion dates for its various investments and facilities, including the completion of three Energy Infrastructure investments and one cryogenic natural gas processing facility currently in progress in the Middle East; expectations regarding the future performance of carbon capture projects and expected CO2 emissions abated following completion of certain projects; expectations regarding the Company's ability to generate significant excess cash flow, to be used to strengthen the Company's financial position; Enerflex's targeted financial metrics after the Transaction, including the Company's expectations regarding the reduction of its bank-adjusted net debt to EBITDA ratio to below 2.5 times within 12 to 18 months of the closing of the Transaction; the Company's expectations regarding its ability to increase returns of capital to shareholders and to profitably invest in strategic growth projects; the Company's targeted growth plans and related anticipated benefits, including global energy transition trends; the Company's expectations regarding the increase of Canadian activity once a mutually beneficial resolution of outstanding issues between the Blueberry River First Nations and the Government of British Columbia is fully agreed upon; and Enerflex's expectations regarding the continued payment of its quarterly dividend of at least $0.025 per share.

All forward-looking information in this news release is subject to important risks, uncertainties, and assumptions, which are difficult to predict and which may affect Enerflex's operations, including, without limitation: the impact of economic conditions, including volatility in the price of crude oil, natural gas, and natural gas liquids, interest rates, and foreign exchange rates; the markets in which Enerflex's products and services are used; industry conditions, including supply and demand fundamentals for crude oil and natural gas, and the related infrastructure, including new environmental, taxation, and other laws and regulations; expectations and implications of changes in governmental regulation, laws, and income taxes; environmental, social, and governance matters; the duration and severity of business disruptions and other negative impacts resulting from the COVID-19 pandemic or other crises; the ability to continue to build and improve on proven manufacturing capabilities and innovate into new product lines and markets; increased competition; insufficient funds to support capital investments required to grow the business; the lack of availability of qualified personnel or management; political unrest and geopolitical conditions; and other factors, many of which are beyond the control of Enerflex. Readers are cautioned that the foregoing list of assumptions and risk factors should not be construed as exhaustive. While Enerflex believes that there is a reasonable basis for the forward-looking information included in this news release, as a result of such known and unknown risks, uncertainties, and other factors, actual results, performance, or achievements could differ and such differences could be material from those expressed in, or implied by, these statements. The forward-looking information included in this news release should not be unduly relied upon as a number of factors could cause actual results to differ materially from the results discussed in these forward-looking statements, including but not limited to: the ability of Enerflex to realize the anticipated benefits of, and synergies from, the Transaction and the timing and quantum thereof; the ability to maintain desirable financial ratios; the ability to access various sources of debt and equity capital, generally, and on acceptable terms, if at all; the ability to utilize tax losses in the future; the ability to maintain relationships with partners and to successfully manage and operate integrated businesses; risks associated with technology and equipment, including potential cyberattacks; the occurrence of unexpected events such as pandemics, war, terrorist threats, and the instability resulting therefrom; risks associated with existing and potential future lawsuits, shareholder proposals, and regulatory actions; and those factors referred to under the heading "Risk Factors" in Enerflex's Annual Information Form and Exterran's Form 10-K, each for the year ended December 31, 2021, available on SEDAR and EDGAR, respectively; in Enerflex's MD&A for the three and nine months ended September 30, 2022, and in Exterran's Form 10-Q for the three and six months ended June 30, 2022, available on SEDAR and EDGAR, respectively; and in Enerflex's Management Information Circular dated September 8, 2022, and in the Proxy Statement of Exterran and Prospectus of Enerflex dated September 12, 2022, available on SEDAR and EDGAR, respectively. 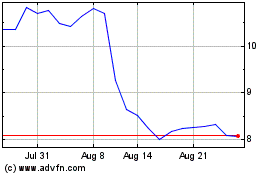 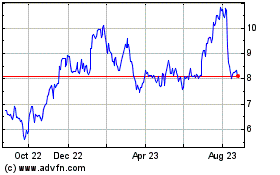 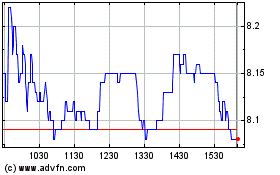