Ascendant Resources Inc. (TSX: ASND) (OTCQB: ASDRF; FRA: 2D9) ("Ascendant" or the "Company”) is pleased to provide a summary of recent exploration work and geological interpretation of the Lagoa Salgada Property in Portugal, which includes:

Mark Brennan, Chairman of Ascendant stated, “The infill drilling and DPEM programs have uncovered some very positive unexpected outcomes which solidify our long held belief that the Lagoa Salgada property is still in the very early discovery phase of exploration, with significant untapped resource growth remaining. The potential to grow both the North and South Zones of Venda Nova, which are approximately 400 metres apart, as well as a prospective new target to the northeast of the property has the potential to be transformational for the Company. We look forward to initiating future drilling programs as we look to expand the overall resource potential on the greater Lagoa Salgada land package.”

Based on recent drilling, a new potential copper zone has been identified at depth in the North Zone of Venda Nova (shown in Figure 2.).

The new Stockworks zone occurs downdip from the northern segment of the North Zone and has been identified as a result of visual intercepts from hole LS_MS-41 (assays pending). Visual inspection of the core identifies a potential Copper rich stringer zone with seams of semi massive chalcopyrite that spatially relates to the higher Copper grades in the massive sulphide, suggesting a possible feeder zone.

Copper feeders can generate high grade ore zones in VMS systems and can also include high gold values. The results of hole MS -41 will prompt follow up and a subdomain effort within the stringer zone that in the current resource model only contributes minor tonnage.

A photo accompanying this announcement is available at https://www.globenewswire.com/NewsRoom/AttachmentNg/74bc4e46-ca10-4a5f-a430-915598d7cefe

A new understanding of metal domaining has been developed as a result of the ongoing infill and metallurgical drill program at the North Zone; principally, the presence of an enriched copper blanket in the shallower part of the massive sulphide ore which is immediately below the gossan. The identification of this zone, which is rich in copper and silver (as highlighted by the results of MET_MS_01 previously reported in press release dated May 3rd, 2022) has a different mineral profile than the massive sulphides which has a potential for a significant impact on optimizing recoveries for the project.

A photo accompanying this announcement is available at https://www.globenewswire.com/NewsRoom/AttachmentNg/fd337be7-b201-462d-b442-59c0e5f7e413

The enhanced understanding of the metal domaining has aided in further refinement of “Primary metal zoning” which is a common characteristic in Volcanic Massive Sulphide (“VMS”) systems, which tend to have Copper dominated ore spatially separated from Zinc/ lead Ore. Additionally, secondary processes (oxidation and metal re-distribution) can generate the gold rich gossan caps and related enriched secondary sulphide blankets in the upper levels of the massive sulphides.

The new sub domaining of the massive sulphide body follows Geochem proxies based on metal ratios. The Geochem proxies analysis is being extrapolated to the entire North Zone sector, making use of the historic geochemical database, preliminarily defining a continuous secondary horizon (Copper rich) underlying the Gossan and overlying the primary mineralization.

As we better understand the mineralogy and zoning of the deposit, we can further refine the metallurgical process and potential to enhance overall recoveries. These results are being built into the metallurgical testwork program that is currently underway.

In the South Zone, new drill results have identified the presence of “Cap rocks” (Hanging wall volcanics similar to the massive sulphide lenses in the North) suggesting the potential proximity of a new zone of massive sulphides. The Cap rocks crossed in hole LS_ST-29 are overlying the Exhalative sedimentary unit that represents the hanging wall of the fissural ore (stockwork ore) of the South Zone (see Figure 3.). This stratigraphic observation is relevant as it reveals the potential of connecting the North and South Zones along a trend that is yet untested immediately to the east of the drilled pattern that has targeted mainly the fissural ore in the South Zone.

In fact, visual interpretation of hole LS_ST-29 (assays pending) identified in the immediate footwall of the cap rock contains massive pyrite dominated massive sulphide mineralization (see Figure 3). Moreover, Ascendant had previously highlighted the occurrence of some discrete massive sulphide lenses contained in the exhalative sedimentary horizon in the South Zone. This area will be followed up with additional holes that were part of the original infill program. Future follow up drilling will target the potential for a new massive sulphide zone in the South Zone to further expand the overall mineral endowment at Venda Nova.

A photo accompanying this announcement is available at https://www.globenewswire.com/NewsRoom/AttachmentNg/0c1af6ba-d41c-4520-817f-23b45c022c01

Phase one revealed a possible deep anomaly to the northeast of Venda Nova. To properly constrain and further model this East anomaly a third loop was completed (Phase 2) in March 2022 (see Figure 4).

A photo accompanying this announcement is available at https://www.globenewswire.com/NewsRoom/AttachmentNg/97a3378f-dab0-4030-8c53-16058ceb0a31

As shown above, the Phase 2 program identified a new large target to the northeast of the Venda Nova deposit (“EM Anomaly B”) which the Company believes has the potential to host an additional massive sulphide lens. The Electromagnetic response in this area is partially affected by the conductive character of the tertiary overburden (140m sequence above the permissive volcanic). Results of the survey have been thoroughly modeled and every effort has been made to determine if EM Anomaly B is caused by the conductive overburden or by a combination of the overburden and a more highly conductive deep body, which could represent a Massive Sulphide lens. There are several compelling reasons to believe that this anomaly is caused by a conductive source which is separate but additional to the regional conductive overburden. The deep response has been modeled as a subvertical domain with a general azimuth of 330 and a possible depth of ~ 400 m. (See Figure 5.)

A photo accompanying this announcement is available at https://www.globenewswire.com/NewsRoom/AttachmentNg/8e8d1621-a6b9-4b74-b687-8f58265e81ed

Anomaly B defined by the Phase 2 work will be drill tested jointly with other targets using previous geophysical surveys (e.g., Induced Polarization). Chargeability anomalies along the contact between the tertiary and volcanic rocks are believed to represent Gossan zones as proved empirically at Venda Nova. Several zones have been identified when evaluating the IP 3D inversion over the tertiary contact surface. These anomalies resemble the Venda Nova footprints and will be systematically tested.

Additionally, Ascendant is planning borehole EM in the north sector to penetrate under the conductive gossan seem effectively reducing any masking and a possible 4th DPEM loop to test deeper roots of the chargeability anomalies mentioned above and outlined in Figure 4.

In summary the Company is pleased by the results to date of this year’s Geophysical programs confirming:

As a result of the enhanced understanding of Venda Nova and the regional exploration work, Ascendant is confident that considerable resource endowment upside remains on the property. As results of the infill program continue to become available, Ascendent will look to develop a separate exploration program to follow up on this potential.

The scientific and technical information in this press release has been reviewed and approved by Sergio Gelcich, P.Geo., Vice President, Exploration for Ascendant Resources Ltd, who is a Qualified Person as defined in National Instrument 43-101.

Ascendant is a Toronto-based mining company focused on the exploration and development of the highly prospective Lagoa Salgada VMS project located on the prolific Iberian Pyrite Belt in Portugal. Through focused exploration and aggressive development plans, the Company aims to unlock the inherent potential of the project, maximizing value creation for shareholders.

The Venda Nova deposit at Lagoa Salgada contains over 10.33 million tonnes of Measured and Indicated Resources @ 9.06 % ZnEq and 2.50 million tonnes of Inferred Resources @ 5.93 % ZnEq in the North Zone; and 4.42 million tones of Indicated Resources @ 1.50 % CuEq and 10.83 million tonnes of Inferred resources @ 1.35 % CuEq in the South Zone. The deposit demonstrates typical mineralization characteristics of Iberian Pyrite Belt VMS deposits containing zinc, copper, lead, tin, silver and gold. Extensive exploration upside potential lies both near deposit and at prospective step-out targets across the large 10,700ha property concession. The project also demonstrates compelling economics with scalability for future resource growth in the results of the Preliminary Economic Assessment. Located just 80km from Lisbon, Lagoa Salgada is easily accessible by road and surrounded by exceptional Infrastructure. Ascendant holds a 21.25% interest in the Lagoa Salgada project through its 25% position in Redcorp - Empreendimentos Mineiros, Lda, ("Redcorp") and has an earn-in opportunity to increase its interest in the project to 80%. Mineral & Financial Investments Limited owns the additional 75% of Redcorp. The remaining 15% of the project is held by Empresa de Desenvolvimento Mineiro, S.A., a Portuguese Government owned company supporting the strategic development of the country's mining sector. The Company's interest in the Lagoa Salgada project offers a low-cost entry to a potentially significant exploration and development opportunity, already demonstrating its mineable scale.

The Company's common shares are principally listed on the Toronto Stock Exchange under the symbol "ASND". For more information on Ascendant, please visit our website at www.ascendantresources.com.

Additional information relating to the Company, including the Preliminary Economic Assessment referenced in this news release, is available on SEDAR at www.sedar.com.

Neither the Toronto Stock Exchange nor its Regulation Services Provider (as that term is defined in the policies of the TSX) accepts responsibility for the adequacy or accuracy of this release. 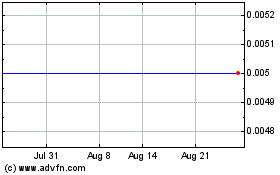 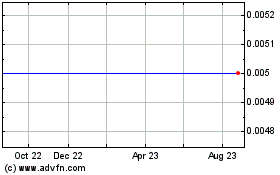 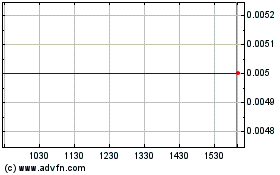