Credit Suisse Group AG's departing chief executive, Tidjane Thiam, said bumper 2019 earnings validate his strategic push into wealth management four years ago, and that he is leaving with a "clear conscience" after being forced to resign last week over a spying scandal.

Mr. Thiam spent his final day at Credit Suisse presenting its best financial results in nine years. The bank said 2019 net profit rose to 3.4 billion Swiss francs ($3.48 billion), up from 2.06 billion francs in 2018, as gains in its wealth management and markets businesses offset a decline in corporate advisory revenue.

Mr. Thiam said the results showed the strategy he unveiled in October 2015 is working. "The mix and quality of our earnings four years later is much better and more stable," he said. After joining as CEO in July 2015, Mr. Thiam re-centered the bank around serving the global rich, culling its more-volatile markets business that at the time made up just over half its assets. That business now accounts for 28% of assets.

His tenure initially was marked by losses -- from 2015 through 2017 -- due to restructuring costs, legal settlements and U.S. corporate tax changes. Net profit in 2019 was the best since 2010, when the bank made 5.1 billion francs.

"It's a great way for the company to say goodbye to me," he said on a call with analysts.

Mr. Thiam was ousted at a board meeting a week ago for failing to contain reputational fallout from the surveillance of two Credit Suisse executives last year. He has said he didn't know about the surveillance before it became public and regretted it happened.

On Thursday, Mr. Thiam said he had to be "a stickler for the rules" and remain silent while the bank, an outside law firm and the Swiss financial regulator all investigated aspects of the surveillance.

"I was never going to intervene or be seen as intervening," he said.

The bank's chairman, Urs Rohner, said on Friday the board unanimously decided new leadership was needed to resolve the deterioration in trust and credibility with customers since the executive surveillance came to light.

Mr. Thiam said a decision in January to post a rebuttal to a Swiss press report on a personal Instagram account was reached with the bank's corporate communications department, and that they reviewed all his posts. The Wall Street Journal previously reported that some board members were unhappy with the apparent effort to bolster his position through Instagram posts while they considered whether he should stay in the job.

"I don't know how to post on Instagram," Mr. Thiam said. It was "a collaboration with the company," and communications staff uploaded the posts, he said.

The spying scandal began in September when the bank's former international wealth management head, Iqbal Khan, spotted and confronted an investigator following him in Zurich. Mr. Khan was due to start at rival UBS Group AG the next month. An outside law firm hired by the Credit Suisse board found no evidence Mr. Thiam knew about the surveillance, and that it had been ordered by the bank's chief operating officer to protect the bank's interests. The COO resigned and hasn't commented.

Then, in December, a Swiss newspaper published details and photos of the surveillance of a second executive. The law firm investigated and again found the COO had ordered it without Mr. Thiam's knowledge.

The second incident triggered a regulatory investigation in Switzerland and led to the board losing confidence in Mr. Thiam's leadership to stem the crisis. Mr. Rohner said Friday he believed Mr. Thiam when he said he didn't know about the surveillance. "The issue was the fallout," Mr. Rohner said.

Mr. Thiam said he is looking forward to getting some rest now before figuring out what he will do next, and advised his replacement, Thomas Gottstein, not to have "too much pride" to change tack when circumstances change. Shortly after Mr. Thiam set out his 2015 strategy, markets sank, forcing a rethink around elements of the plans.

"What matters in the end is to be right and to do the right thing for the company," he said. Mr. Gottstein, formerly head of Credit Suisse's Swiss arm, starts as CEO Friday. He said the bank will stick to its current strategy and financial targets.

The bank said net profit more than doubled in the fourth quarter to 852 million Swiss francs compared with 259 million francs a year earlier. Analysts had forecast a quarterly net profit of 968 million francs on revenue of 5.57 billion francs, according to a consensus forecast provided by the bank.

In its core wealth management activities, Credit Suisse said fourth-quarter revenue grew by 8% after stripping out one-off gains from disposals.

Revenue in its global markets division rose 36% to 1.3 billion francs in the fourth quarter as clients poured money into bond markets and made other fixed income-related trades.

Credit Suisse said all its divisions had a strong start in 2020 despite geopolitical uncertainties and concerns about potential economic effects from the spreading coronavirus.

--Pietro Lombardi in Barcelona contributed to this article. 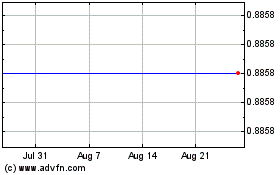 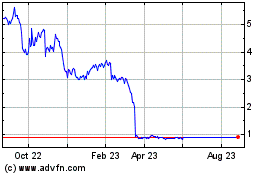 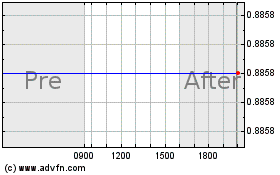